VANCOUVER – Hockey has always been something Kyle Okposo could do in his sleep. Hockey and sleep have more in common than he thought.

The Buffalo Sabres forward has done a lot of soul-searching this season. But as losses and pointless nights pounded on his psyche, Okposo knew he needed to do more than just look in the mirror.

So Okposo turned to the people he trusts. He looked to his wife for reassurance. He sought out his skills coach for on-ice tips. He talked with his trainer about his body. That's where Okposo found a breakthrough.

It turns out the phrase "finely tuned athlete" isn't just a cliché. Something was off with Okposo. His body and mind weren't in sync.

The first thing they looked at was his diet. It was fine. They moved on to his days and nights.

"I fixed some stuff with sleep patterns, and that seemed to give me some better energy," Okposo said. "You get into the science, and it makes a big difference."

Okposo examined his sleep schedule, kept track of when he felt right and when he didn't. He noted the amount of time he spent in bed.

"I think between seven and 7½ hours is the right amount for me before a game," he said. "It just seems to spark my energy level. When you don't get as much sleep, you're a little bit on edge. If I get too much sleep, I feel a little bit lethargic.

"You've got to tinker with your body. It's our business to be able to turn it on and be at a high level every night. It's something that you have to figure out as the best thing that works for you."

Okposo has clearly figured it out. He looks like a franchise cornerstone again.

In the last seven games, which coincide with a move to Jack Eichel's wing, Okposo has three goals and 10 points. He's on a point-per-game pace over the last 15, recording four goals and 11 assists.

"It's nice to see the puck go in and contribute offensively like I'm capable of," he said. "Playing with Jack the last few games has been good. We've had some pretty good chemistry.

"I know what I'm capable of. It's getting back to an elite level. It's starting to come, and it's obviously better when you're winning."

The confidence is back, but there were times this season when Okposo questioned himself. He had three goals and eight assists through 26 games. Those numbers suit a role player, not a winger who ranked 24th in the NHL from 2013 to 2017 with .83 points per game.

"You get those thoughts, 'Jeez, can I still do this?'" the 29-year-old said. "You question if you're a good player. It's natural to do that, but you just stick with what you know and work as hard as you can to get out of it and trust that things are going to turn if you do the right things." 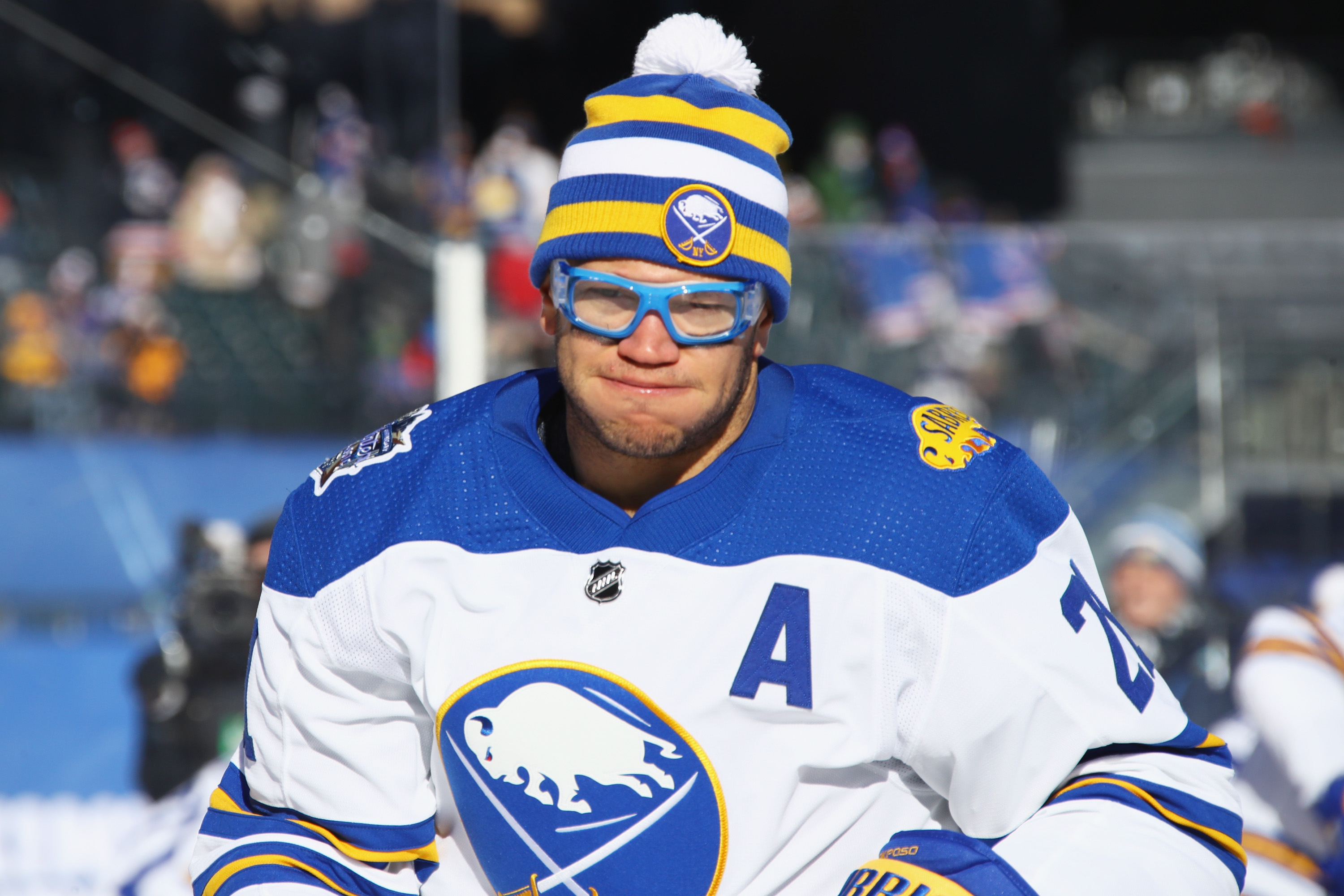 The work during games lately is noticeable. Okposo is skating hard on the backcheck, fighting for the puck along the wall.

"His compete level, every single day he brings it," Sabres center Evan Rodrigues said. "He continues to put the work in. He never settles, and it's showing in his game as of late."

While Okposo wanted to get better for his own piece of mind, he knows he owes it to the Sabres and their fans. He's in the second season of a seven-year, $42 million contract. The team brought him in to be a leader, not another forgettable player who knew nothing but losing.

Now that things are looking up with an impressive three-game winning streak, Okposo says people shouldn’t sleep on the Sabres.

"I take a lot of responsibility for where this team is," he said. "It's a hard thing to look at yourself in the mirror and realize that you have to be better. You've got to be a big part of turning this ship around.

"I really had high hopes going into this year, and obviously things haven't gone the way that I wanted and we all wanted as players. I hope I'm going to be here for a while, and I really want to see this organization get back to where it needs to be. Like I said from the first day I was introduced as a Sabre, I think that we can win a Stanley Cup. It's going to be a process. We're in a phase of that process.

"Hopefully, we can keep this going."

Sabres' message after unreal road trip: 'This was no fluke'