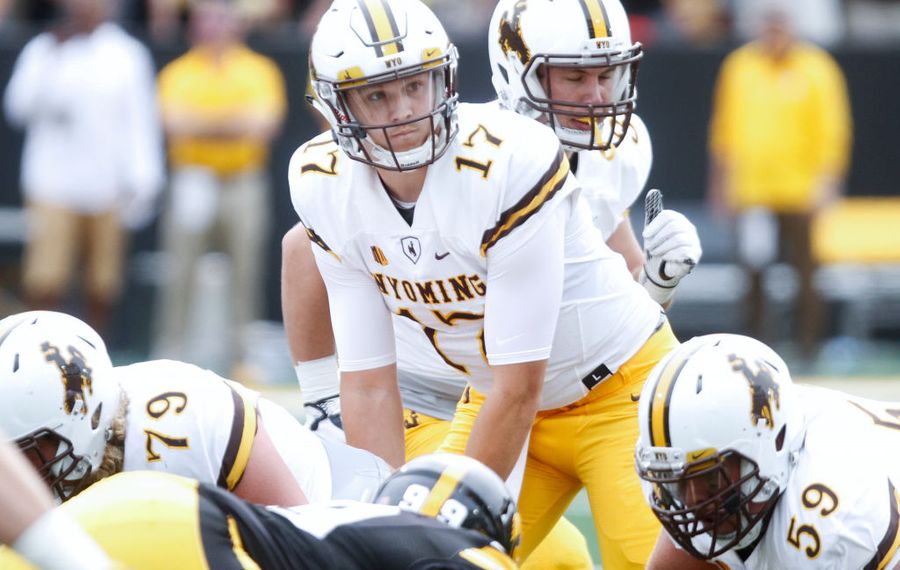 Wyoming quarterback Josh Allen has first-round potential, and could be a player the Bills end up targeting in the draft.

So this could be nothing ... but maybe it's something. Check out this line in Mark Gaughan's story about Allen's performance at the Senior Bowl:

Allen said he met with the Buffalo Bills this week in Mobile, which is no big deal because the Bills will meet with all of the top prospects in the draft. But Allen did drop Sean McDermott's favorite phrase "it's a process" twice in post-practice interviews Thursday.

Hmmm. File that one away for later.

“I saw him in the locker room, went up to him, said, ‘Good to finally meet you,’ " Incognito reportedly said. "I apologized for my part in this, and I said I hope we can get a drink here and I can get to know you better. He was cool. We shook hands and hugged it out.”

Incognito concluded that the issue is "dead," though the league may not agree. It is still investigating the incident, SI's Peter King wrote, and could fine or suspend Incognito. We still don't know what Incognito said on the field, but this at least the third time he has been accused of using racist language. Incognito reportedly used the N-word in text messages with former Dolphins teammate Jonathan Martin, which led to Incognito's year-long suspension in the bullying scandal. Bucs legend Warren Sapp said around the same time that Incognito has called him the N-word during a game.

Marcus Davenport makes unlikely rise and could help Bills' defensive line: Vic Carucci says the UTSA defensive end could be a fit for the Bills.

Bills special teams grade solid: When the Bills fired Rex Ryan, all of the other coaches on his staff left, too, except for special teams coordinator Danny Crossman. He was retained by McDermott. That move, along with the addition of kicker Stephen Hauschka, payed dividends as the Bills placed highly in the Dallas Morning News' annual special teams rankings.