There are secrets to navigating Buffalo Soup-Fest. Avoiding spicy soups upon arrival, for example, will preserve your taste buds for relishing the savory and subtler options first.

Think that's a common-sense tip? Maybe, but once you enter the second floor of the Buffalo Niagara Convention Center, the maelstrom of people and booths and scents are a lot to take in, so a guide certainly wouldn't hurt.

Entry is $5, and Soup Bucks may be purchased on site. Each soup sample is typically either two or three bucks, and you can see the full menu and map of vendors here.

*Related: Buffalo Soup-Fest among The 10 things to do in Buffalo this weekend

1) Cafe 59's pumpkin ginger, booth no. 6: The Allen Street restaurant - now at 62 Allen St. - was previously known for its lunch fare, specifically its rotating soup flavors before the business grew. The pumpkin ginger option is vegan and should be packed with fall-like flavors - the addition of ginger should balance the smooth pumpkin flavor.

2) Seneca Niagara Casino's chicken avocado, booth no. 7: I would be suspicious about a casino's soup offering, but Seneca Niagara's recognition as "Best Newcomer" from 2017 suggests their soup is worth taking seriously. Chicken avocado is an unusual flavor, for sure, but hey, it's only a $2 or $3 commitment.

3) Crazy Jake's Reuben soup, booth No. 8: The spicy banana pepper option will be tempting, but it's not everyday a Reuben soup is on the menu. Corned beef and sauerkraut are far from universal loves, but the North Tonawanda bar-restaurant's version is hearty and a nice change of pace from the first soup on this list. 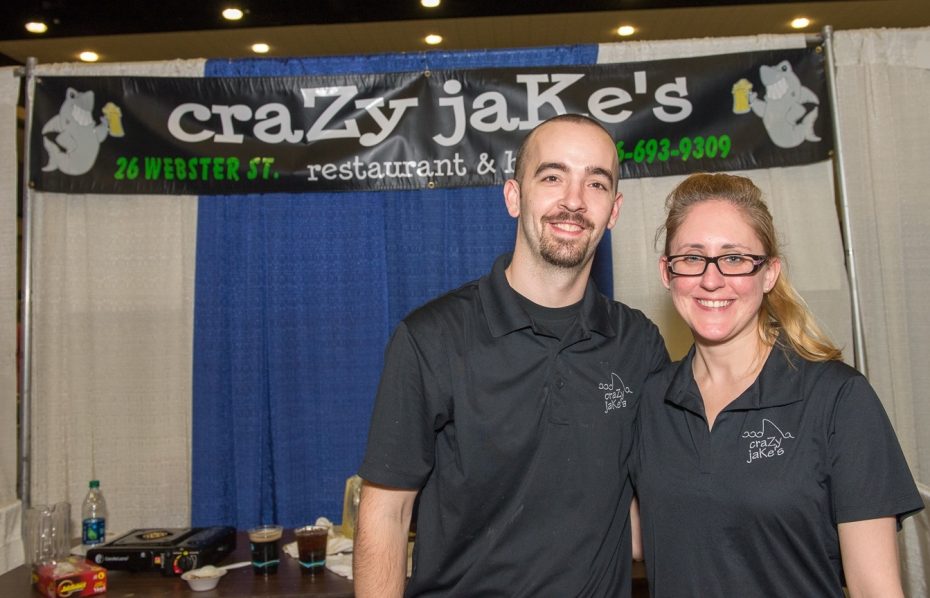 A look at Crazy Jake's booth at the 2016 Buffalo Soup-Fest. (Matt Weinberg/Special to The News)

4) Joe's Deli - any soup, booth nos. 13 and 14. The affordable spot on both Hertel and Elmwood is no stranger to Soup-Fest awards, collecting "Best in the City" last year. You can't really go wrong with any of the five soups offered, but pierogi soup would be a wise choice for the adventurous, or smoked bacon corn chowder, of which I'd probably order eight servings.

5) Nowak's Tavern - cream of cauliflower soup, booth no. 19. Cauliflower has been a trendy food to manipulate for the last few years - local restaurants love to roast it, while cauliflower mashed potatoes are part of the national lexicon. Plus, I've never heard of Nowak's Tavern - 1458 Lovejoy St. in Sloan - so that's even more reason to give this a sample. The big question, though: Can they make it taste something other than boring?

6) Zoup!'s lobster bisque, booth no. 20. Soup-Fest attendees have historically fallen in love with lobster bisque - Brodo, which will not have a presence this year, boasted long lines at its booth in the past. After winning "Most Unique" soup for its rattlesnake stew last year, the soup specialists have tamed their offerings a tad. Black Water Tavern is the only other vendor with lobster bisque on its menu.

7) Winfield's Pub's Stout N' Snout, booth no. 29. The News' Andrew Galarneau suggests the cream of peppers choice, but Stout N' Snout is clever, adventurous and likely rich, given the listed flavors. The Lackawanna bar-restaurant quietly does fantastic work, so we'd have faith in this booth - even if it involves a pig's snout. 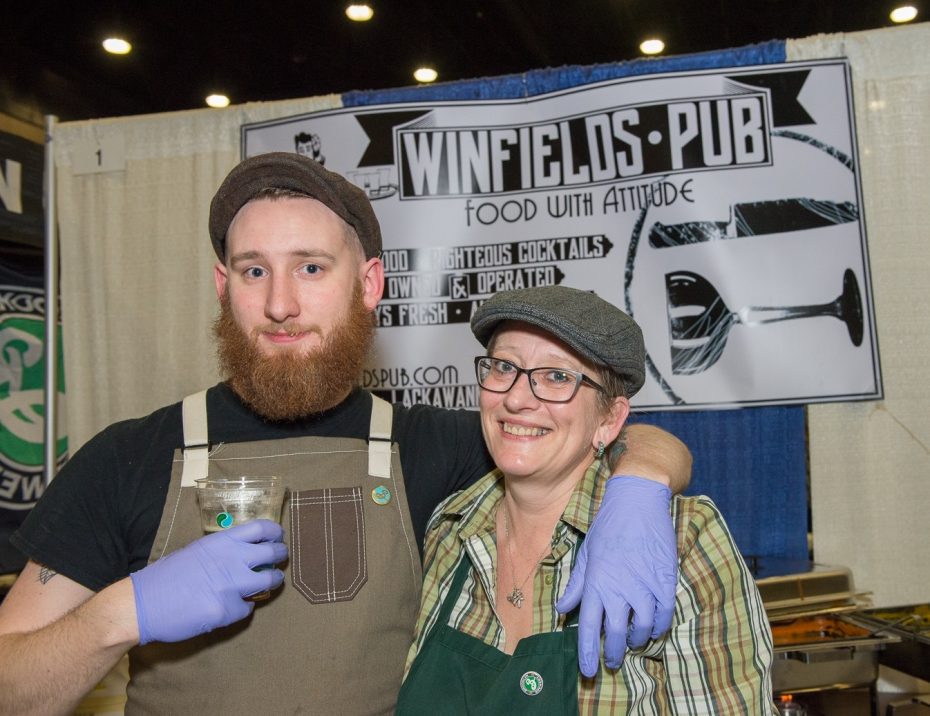 A look at Winfield's Pub's booth at the 2016 Buffalo Soup-Fest. (Matt Weinberg/Special to The News)

8) Souped Up Food Truck's dill pickle soup, its own station, near stairs: We give a little more credence to vendors who specialize in soup, and this food truck fits the bill. Not everyone adores dill pickles, but the flavor lends itself nicely to soup, either hot or cold. Also, this is total pickle favoritism - I don't know if anyone local has ever crafted a "bread-and-butter pickle soup."

9) Lomo Lomo's Bangarang pork, booth no. 30. Virtually every menu item on this food truck is umami-forward, which essentially means they're savory and robust, often with an Asian twist. It's worth a visit to the food truck, too, which also handles the food at Hydraulic Hearth's Bagels and Brooze Saturday events. 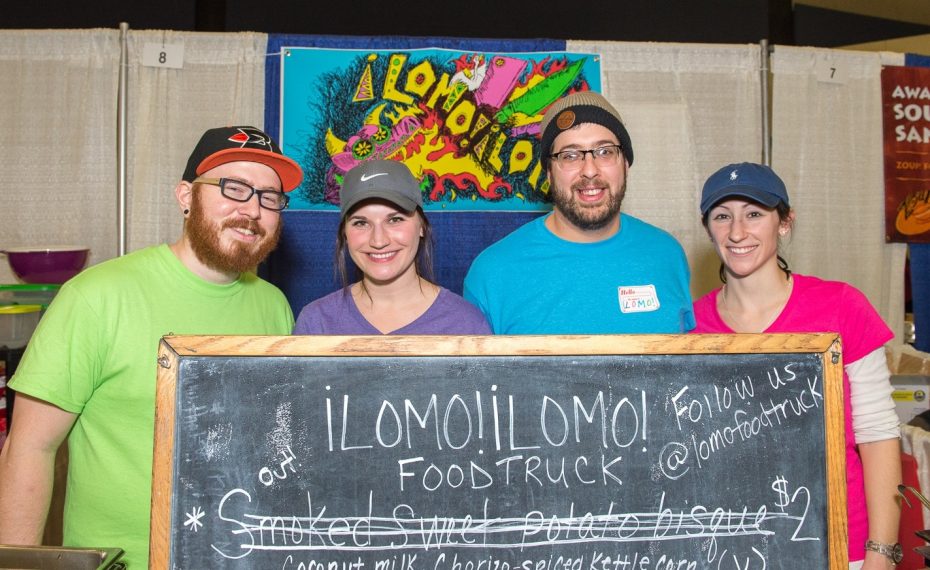 10) Danny's original spicy Buffalo chicken wing soup, booth nos. 11 and 12. Finish off Soup-Fest with a spicy classic from Danny's, which sits a stone's throw away from New Era Field in Orchard Park. While this is not a soup you'd want to start with, the bold heat and ample chicken would finish any soup escapade with a bang. 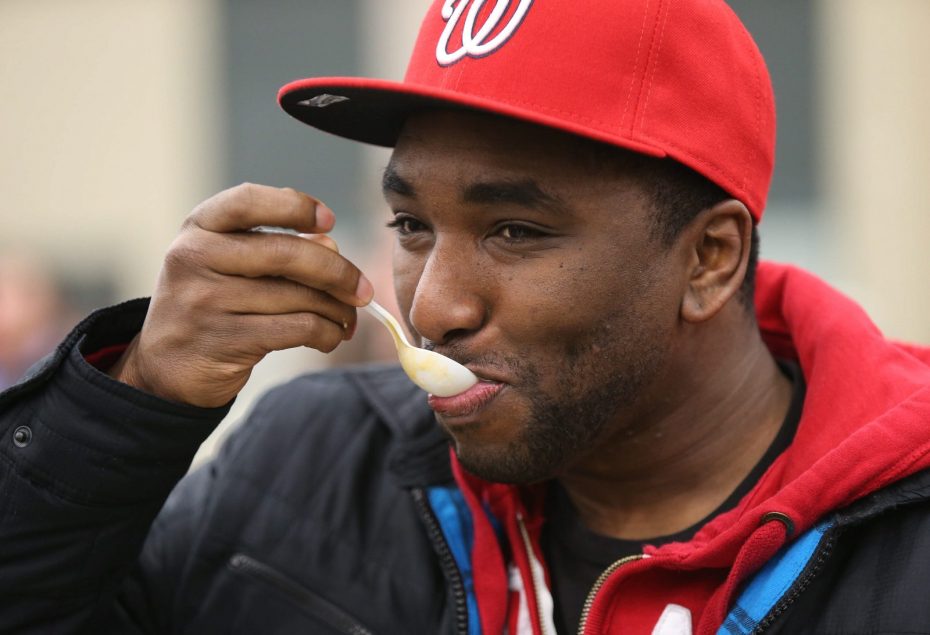