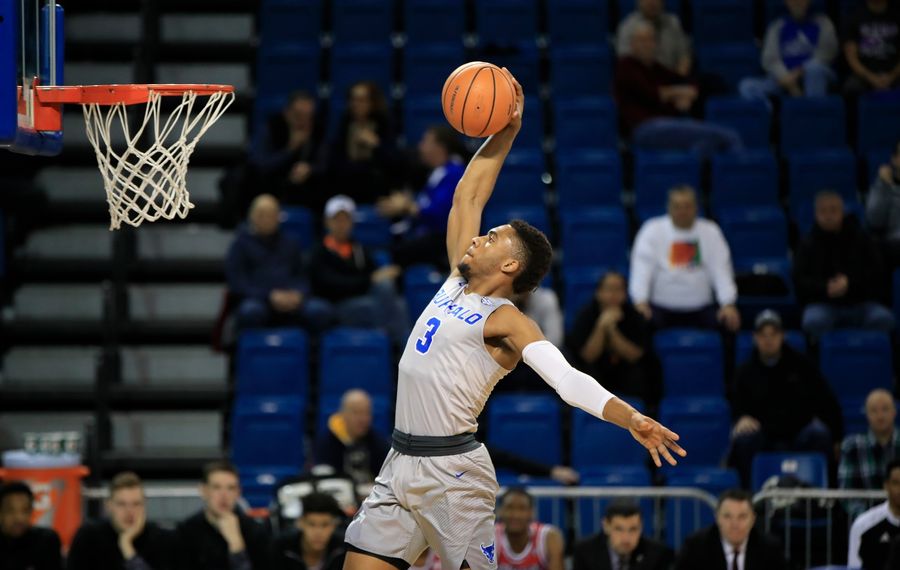 The 2018 season is on pace to be one of the best – if not the single best – collective year ever for the Big 4 men's basketball teams. Could Western New York fans see two teams in the NCAA Tournament together for the first time since 1970?

In the latest Bracketology post from ESPN's Joe Lunardi, he projected the University at Buffalo (15-5, 7-0 MAC) as a 12-seed in the NCAA Tournament, facing 5-Wichita State in the South regional, and plugged Canisius (13-8, 7-1 MAAC) as a 15-seed in the West, facing 2-Michigan State. Both teams were projected as conference champions since they currently sit atop their respective standings.

St. Bonaventure, meanwhile, received an honorable mention in the post, being ranked eighth among teams that just missed out. The Bonnies (13-6, 3-4 A-10) opened 11-2 but dropped four of five to open January.

Niagara (13-9, 6-3 MAAC) is having a good year but would need to beat out Canisius for the MAAC title to have a shot at the tournament.

If any school wins its regular-season title but doesn't qualify for the NCAA Tournament, it will receive a spot in the NIT. St. Bonaventure and Niagara both qualified for the 1970 tournament, back when it was a 24-team field.

UB's Nate Oats would love to stay in Buffalo, but a new contract wouldn't hurt either