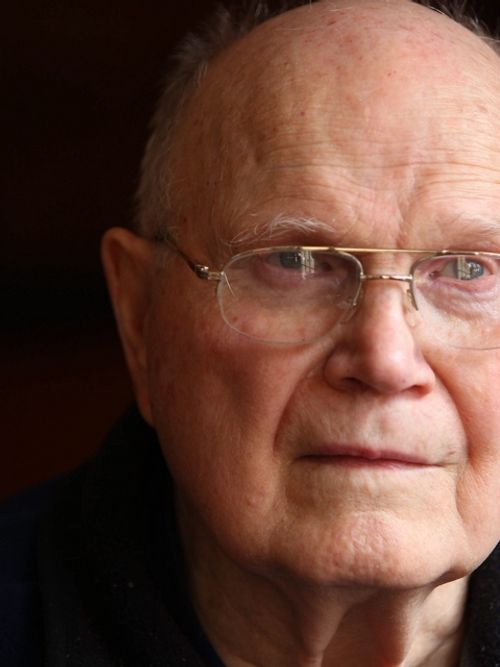 Robert W. Lally was at Bell Aircraft Corp. in the early 1950s as a guidance and control engineer working on the Rascal and X-9 Shrike guided missiles when he encountered a man on the cutting edge of technology for testing devices.

Walter P. Kistler, a Swiss-born physicist who joined Bell in 1951, had come up with a way to amplify the output of piezoelectric quartz crystals used in sensors, like the ones that originally were employed for sonar. At Bell, Kistler applied his knowledge to rocket guidance and positioning systems.

“They were close associates and friends up until Walt passed away in 2015,” his son Patrick Lally said. "They still would talk every few months. They would talk about technical things the way we would talk about sports."

Mr. Lally, who died Monday in Hospice Buffalo in Cheektowaga at 93, created a number of sensing devices at Bell to measure impact on materials during testing.

Those included modally-tuned test hammers, pendulum hammer calibrators and the gravimetric calibrator. He came up with the idea for the two-wire ICP  -- integrated circuit piezoelectric -- sensor and coined the term ICP. He held several patents.

In 1955, he and associates from Bell formed Kistler Instrument Co. to manufacture the precision measurement devices developed by Kistler at Bell. Mr. Lally became the company’s vice president for marketing.

When Kistler Instrument was sold to a firm that moved operations to Washington State, he and his younger brother, James, founded PCB Piezotronics in 1967 to produce high-tech sensing devices.

PCB, headquartered in Depew, grew to more than 1,000 employees -- with facilities in Michigan, North Carolina, Ohio and Utah. The company was sold to MTS Systems in 2016.

An Orchard Park resident, Mr. Lally continued to pursue engineering projects after he retired about 10 years ago, often tinkering in his workshop with his grandson, Joshua Lally. In recent years, he turned his attention to developing toys that teach technology to assist STEM education. He was an adjunct professor at the University of Cincinnati.

“He was a brilliant scientist and inventor,” his daughter-in-law, Kathi Lally, said. “He was not only an expert in the field, he was a good educator. He loved to share his knowledge.”

Born in Springfield, Ill., he attended high school in East St. Louis, Ill., graduating in January 1942, and enlisted in the Army to take part in the Army Specialized Training Program.

He had pre-flight training at Texas Technical College, now Texas Tech, and studied engineering at Stanford University and Purdue University, but was disqualified from becoming a pilot because of an injury to his left arm suffered in childhood.

He was deployed to Europe with the 407th Infantry Regiment as a scout and squad leader. In December 1944, he braved enemy fire to rescue his wounded sergeant during the failed Allied attempt to break through the Siegfried Line on the plains of northern Germany.

He was awarded two Bronze Stars for heroism and attained the rank of staff sergeant.

After the war, he earned bachelor’s and master’s degrees in mechanical engineering and mathematics at the University of Illinois, where he was co-salutatorian. He came to Buffalo and joined Bell Aircraft after he graduated in 1950.

He finished the flight training he began in the Army and acquired a pilot’s license. Later, he studied at Purdue and the University of Buffalo.

He was active with the Army 102nd “Ozark” Infantry Division’s remembrance and research reunions. He attended the 1994 reunion in Germany commemorating the restoration of the Hubertus Cross and Peace Window Memorial that honor soldiers who died in the Battle of Hubertuskreuz. Along with other Ozark veterans, he provided financial support for the memorial.

His wife of 54 years, the former Rosalind M. “Rose” Lalley, died in May.

In addition to his brother, son and grandson, survivors include two sisters, MaryAnn Wilson and Patricia.

A Mass of Christian Burial will be offered at 9:15 a.m. Saturday in Our Lady of Victory Basilica, 797 Ridge Road, Lackawanna.