There was good reason that "Buffalo Mack," the human-sized "groundhog" who has taken center stage at the annual Buffalo Groundhog Day beer bash the past few years, gained so much weight in recent months.

Mack turned out to be a she – and a pregnant one at that.

According to the latest in a hilarious series of short videos, the Groundhog Day mascot recently gave birth to a real groundhog, who will appear at about 2:30 p.m. Saturday at Flying Bison Brewing Company to help determine how much winter weather remains ahead for Western New Yorkers.

Buffalo Groundhog Day started five years ago – and helped kindle the idea for the annual Larkinville Ice Festival, which started the year afterward and takes place this weekend for the fourth year in a row southeast of downtown.

“One of the things we’ve found is there’s just not a lot going on this time of the year, so I love that this neighborhood becomes a destination,” said Leslie Zemsky, “director of fun” at Larkin Square, the family-friendly hub of the festival.

Events will be featured across Larkinville. "You can tie this into skating, go down to Canalside afterward, and really celebrate the outdoors in an urban environment,” Zemsky said. 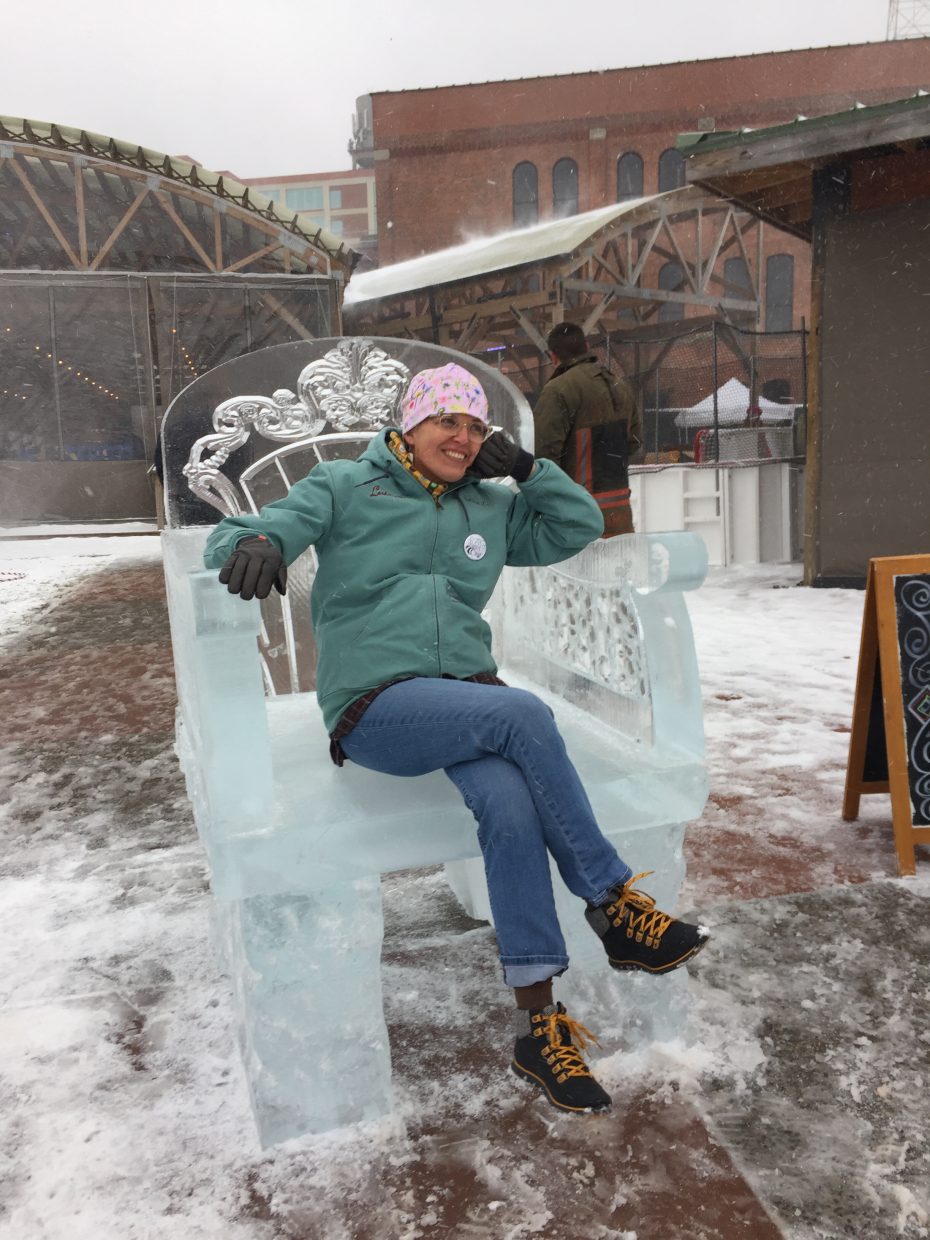 An ice throne will be part of the fun at the Larkinville Ice Festival, along with ice sculptures in Larkin Square and at nearby Flying Bison Brewing Company.

This year’s festival runs from 11 a.m. to 3 p.m. Saturday in the square, 745 Seneca St., and will include outdoor Fitness in the Parks “Snowga” classes at 11 a.m. and noon, as well as pickleball, and acro-yoga demonstrations by members of the Bird’s Nest circus performing arts center.

Nearby, the Larkin Center of Commerce will offer horse-drawn wagon rides for free and Hydraulic Hearth will set up an outdoor bear garden.

KeyBank and Independent Health sponsor the free activities in Larkin Square. Learn more about the entire festival at larkinsquare.com/icefest2018.

The beer bash will run from noon to 7 p.m. at Flying Bison; tickets cost $30 in advance at buffalogroundhogday.com and $35 at the brewery on Saturday. The brewery also is open for those who choose not to participate in the special event.

Last year, the Buffalo Groundhog Day Society Inc. became a nonprofit in its continuing efforts to raise money for regional animal-related groups and projects. The society, which has donated more than $5,000 after previous events, will give this year's proceeds to Hawk Creek Wildlife Center outside East Aurora, and  the Buffalo Zoo.

The Buffalo Groundhog Day Society launched a naming contest as part of its role in the latest festival, Society Vice President Patrick Meyers said. Join the fun at the group's website.

"I love that everyone has programming and is all on board to get people down here and walking on Seneca Street frequenting all the businesses that weren't here five or 10 years ago," said Bridget Schaefer, who will mark her first ice fest as director of hospitality at Larkin Square. "It's exciting to be a part of growing the neighborhood."

Zemsky said the festival has grown in popularity, too.

"The first year we built a sledding hill and I don't even know if we served food or drink," she said. "It was more saying, 'Hey, come on down.' How it's evolved for us is that we bring heat out on the boardwalk and really utilize the different elements of the square. We're serving food and drink inside the Filling Station (diner). ... We added an ice throne last year that was really popular so we're bringing that back.

The Bavarian beer garden that will be set up at Hydraulic Hearth is among the new wrinkles this year, Zemsky said, and as many as a dozen artisans will sell their wares on the Larkin Square boardwalk. "The Swan Street Diner is open this year, too," Zemsky said. "They weren't last year. They're very busy on the weekends so I'm sure they'll be busy during the ice festival."

Zemsky said the fun will go on whether Larkinville is snow-laden on Saturday or not.

"Last year, we had no snow, it was in the 40s and it was probably our best yet," she said. "It's that excuse to come down. Even if we can't have the sledding hill, we'll put everything else out. That was the only thing impacted by the weather last year. The ice sculptures (at Larkin Square and Flying Bison) are all a go, no matter what…

"It's so nice," she said, "to see families coming out and having a fun day."