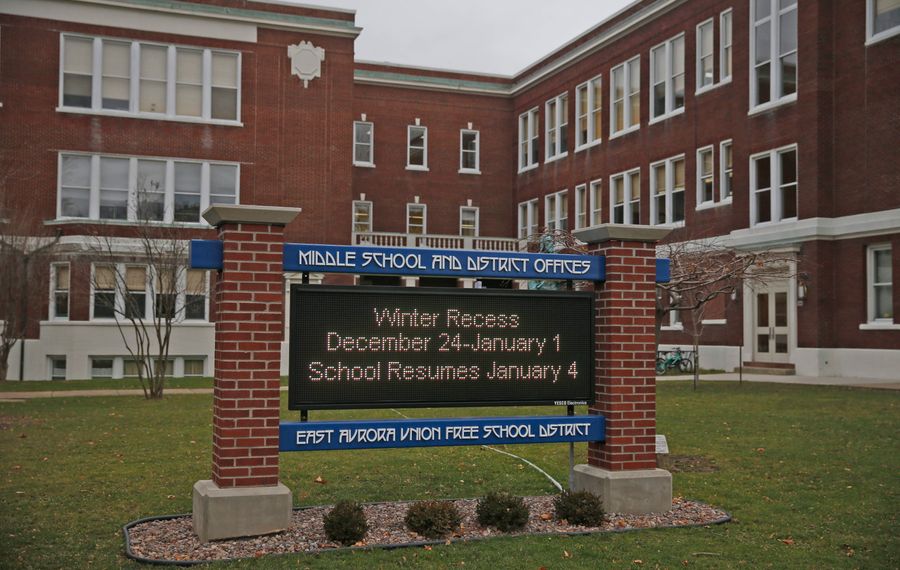 The East Aurora School District is one of two districts across New York State in significant fiscal stress, according to the state comptroller's office.

Four other districts in Erie and Niagara counties are susceptible to stress, according to State Comptroller Thomas P. DiNapoli’s Fiscal Stress Monitoring System.

East Aurora had the highest score this year, of 73.3. The district had been listed in moderate fiscal stress last year.

"The district has been feeling stressed because of a lack of state aid it received and because of the tax cap," said East Aurora business administrator Joanne George.

East Aurora knew its finances were worsening when it had a significant number of high needs special education students move into the district after the budget had been set last year, George said.

"It was an anomaly," she said.

Districts are allowed to carry a fund balance equal to 4 percent of the budget, and East Aurora's is 1.46 percent. The district is working on a three-to-five-year plan to control spending and increase revenues to build its fund balance to help get off the fiscally stressed list, she said.

The Eldred School District, in Sullivan County, was the only other district in significant fiscal stress, according to DiNapoli’s office.

The West Seneca School District had been on the list for significant stress for three years, then moved down on the list to susceptible last year. Dropping off the list of susceptible to fiscal stress this year were Scio and Andover in Allegany County, and Ripley in Chautauqua County.

The number of districts in fiscal stress has gone down from 59 last year to 26 this year. This is the fifth year DiNapoli’s office has assessed levels of fiscal stress in school districts. The system uses financial indicators for the 2016-17 fiscal year, including year-end fund balance, cash position, short-term borrowing and patterns of operating deficits to create an overall fiscal stress score.

“While it is welcome news that so few school districts across the state have been classified as in fiscal stress, school officials should remain vigilant and carefully consider how their budgeting decisions will affect their long-term fiscal condition and local taxpayers," DiNapoli said.