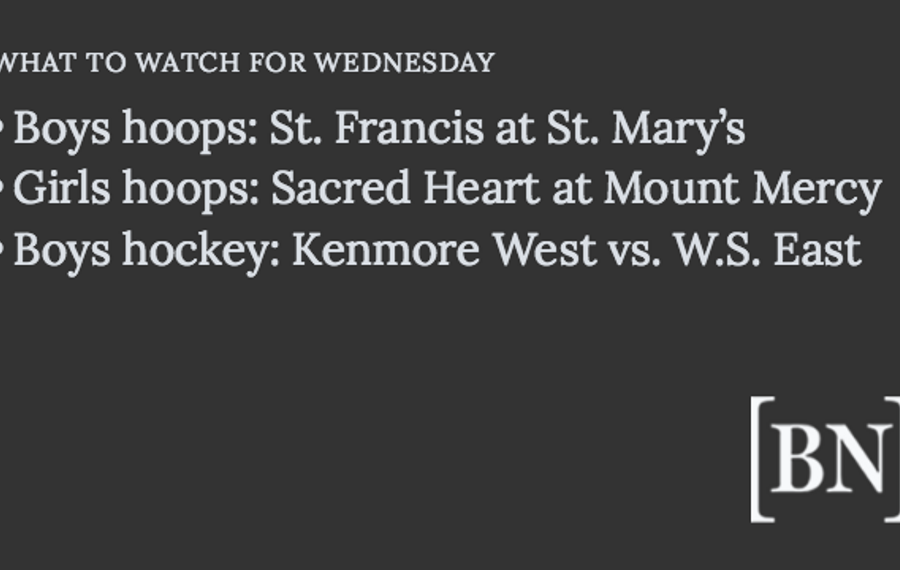 What to watch for Wednesday

No. 7 large school St. Francis visits No. 6 small school St. Mary's in the top matchup of the day. The Red Raiders are coming off a 74-62 win at St. Joe's from Friday, while the Lancers dropped a competitive 74-62 game to Canisius Monday.

No. 4 large school Sacred Heart heads to Mount Mercy in Monsignor Martin play. The Sharks have won four in a row, including a 66-20 game against Nardin yesterday, since a loss at Section V's Bishop Kearney on Jan. 6. The Magic had a dominant defensive outing in a 45-21 win over the Gators Monday.