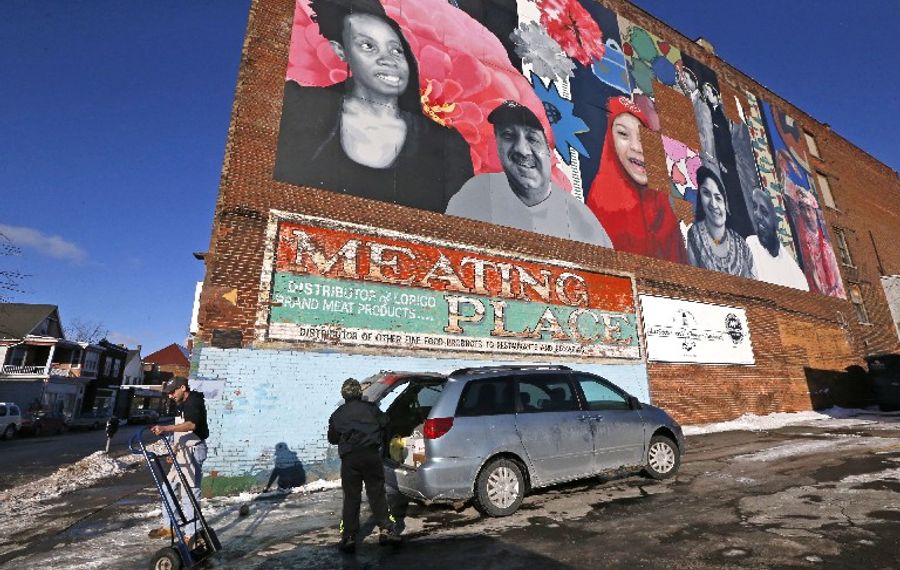 The bright, diverse fabric of the City of Buffalo’s Grant Street with its eclectic shops, artful graffiti, multilingual and multicultural vibe contains the hopeful winning formula for growth and prosperity.

Among millennials who seek out cool coffee shops, tattoo artists and a funky vibe filled with all the colors of the rainbow, Grant Street is hip. Yes, the milelong stretch of Grant, running from West Ferry north to Forest Avenue, has become hip.

It is a place to stop, get out of the car and grab a cup of coffee at Sweet_ness 7 Café at Grant and Lafayette streets with its own graffiti-art exterior. The chalkboard menu is pretty straightforward and so are the young people ready to take your order. Look around and find other equally hipster-looking customers hovered over laptops at big wooden tables. Reminiscent of study hall, except it is a study in focus.

The building saved by Prish Moran back in 2007 for $112,000 was once boarded up. Moran bought the building to prevent it from becoming a Rite Aid drugstore and later spent $300,000 to rehab seven apartments and five storefronts. The corner has a diverse clientele, the largest customer base originating from Elmwood Village and Amherst, according to Moran.

This is one example of what is happening on Grant Street, as outlined by News staff reporter Mark Sommer. Other businesses: Westside Stories Used Books, Black Dots record store and Sunday, a skate shop. Then there is Buffalo State Community Academic Center with its storefront on the block. Mentors tutor students learning English.

Westside Stories’ Joe Petri talked about property values that have skyrocketed in recent years on the street and radiating outward with sales of $300,000. Never would those properties have fetched such prices even a few short years ago. People United for Sustainable Housing, or PUSH Buffalo, headquartered on Grant for 10 years has, as the article noted, strengthened residential housing. The group also promotes green energy programs and operates an after-school program for about 50 children. PUSH has been a force in the transformation.

Most of the immigrants in the neighborhood come from Myanmar (formerly Burma), Iraq, Somalia and Bhutan. They brought with them belief in the American dream and some have opened businesses, aided by Westminster Economic Development Initiative. Grant Street is what America should want: vitality that is built on acceptance of people from other places. It’s like those who came before them, in that they want to work hard, raise their families and prosper. The area, with its brightly colored, artistically drawn graffiti and funky cafes, is open to these newcomers. They are improving the neighborhood that had fallen into disrepair.

Buffalo Police Chief Anthony J. Barba is working hard on wiping out crime in his D District, whether it is prostitution, drug dealing or any other form. Barba noted, “Crime is down significantly in that area,” but not enough to suit him. Barba mentioned more undercover work as part of the solution. And he said police are developing “new strategies” on prostitution, pointing out that most of the clients arrive from the suburbs. Crime is being driven in from “nice” neighborhoods.

Grant Street holds hope. Assemblyman Sean Ryan, who relocated his district office to 65 Grant in November, is among those making and demanding change. He holds meetings to talk about sidewalk, landscaping and lighting improvements and listens to frustrated neighbors complain about litter that is blown in from fast-food restaurants.

Grant Street is a study in how multiculturalism and diversity, encouraged and welcomed, can add to the community fabric.