Things are going better than fine for Starpoint in its first season in the Western New York Boys Varsity Hockey Federation for a simple reason.

Membership in perhaps the most competitive scholastic league in the state has its advantages.

"I'm enjoying it, the kids are enjoying it," Spartans coach Clayton Wilson said. "It's just good playing the same teams as the others sports teams (at Starpoint). It's been exciting. We like to build some type of rivalry."

The best way to do that is to keep it simple: Outwork opponents and be difficult to play against.

Starpoint has done that being a member of the top small-school division (Division II) in the Fed, floating at or around .500 in a league that includes reigning Section VI champion West Seneca East, runner-up Kenmore West and a host of other perennial contenders (Williamsville East, West Seneca West, Kenmore East, Hamburg).

The Spartans, who tied Ken West on Sunday night, came into the league with some pedigree, having won three of the last six titles in its club league – reaching Super Sunday six straight seasons and winning a state championship.

Starpoint isn't the only new team in the Fed, although St. Mary's of Lancaster isn't a stranger to the circuit. The Lancers, which won the Western New York small schools club league title and finished second in the state last year, return to varsity status after a three-year hiatus due to lack of players. Mark Dantonio, who coached various teams at St. Francis High School, is in his second year behind the bench for St. Mary's, which is 6-2 in league. 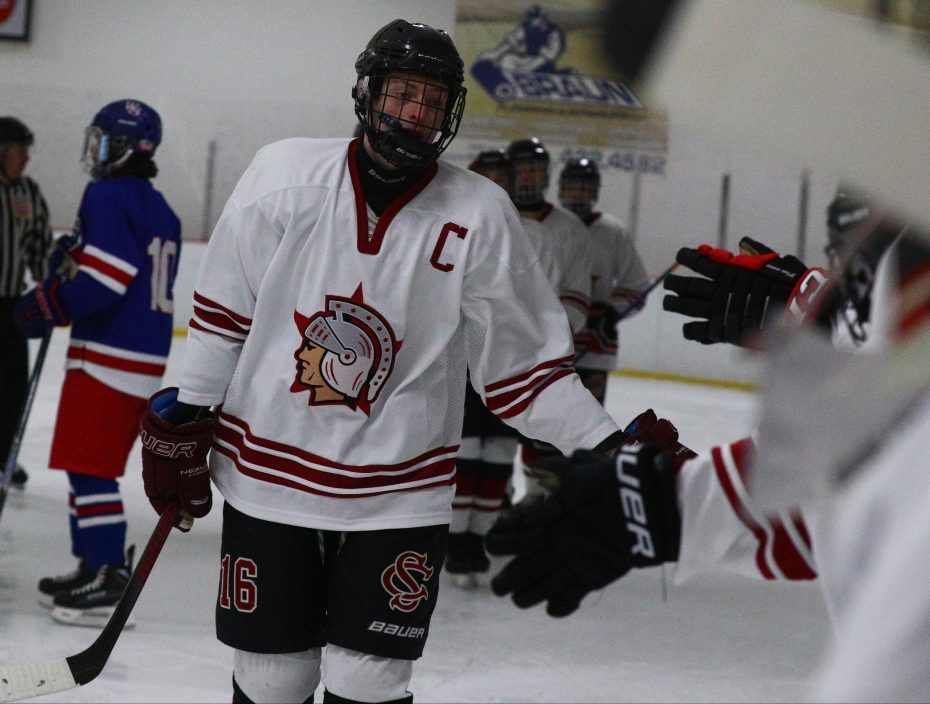 It's not unheard of for a team to go from club to varsity status and become a contender. Niagara Wheatfield won the Section VI Division I championship in its first year in the Federation after dominating the club scene for years. But there's a reason only one team has done that in its first season in the Fed after years in the club league.

"I think the competition is so much stronger (in the Fed)," Wilson said. "Everybody's strong. There isn't an unbalanced talent. Every night you have to be ready to go. You have a chance to win if you outwork the other team."

Wilson is thrilled his team is in what's considered the tougher of two small-school divisions. "That's where I want to be," he said. "I'd rather play better competition that'll get us ready for sectionals. … We're right in the middle of the pack."

Eleven, roughly half, of the members of the first Spartans Fed team played for the program's club championship outfit last year. Leading them on the ice are co-captain Josh Wildt, a senior defenseman, and senior center Luke Kenyon. Cam Antonio has played started in net for all of the team's league games.

"We set ourselves some goals but our biggest goal was to be able to compete," Wilson said. "Whatever else happens is a bonus.

"The Fed league is a lot tougher. It's a lot more enjoyable. There's competition every night. … It's a tougher road (getting to the final)."