An epidemic of overdoses and deaths from opioids has forced caregivers to rethink how to attack the problem of drug addiction.

That's why you might soon see a white, unmarked recreational vehicles parked by schools, hospitals, jails, bus stations, libraries or along a city street. One of the region's major behavioral health groups rolled out two of the mobile units Tuesday to bring addiction treatment to where it's needed.

The idea is simple: Drive a team that includes nurses, counselors and peer advocates to locations in Erie and Niagara counties, helping fill gaps in access to substance abuse counseling and addiction treatment.

The two vehicles operated by BestSelf Behavioral Health are designed as treatment centers for people addicted to opioids, including heroin and prescription painkillers. They look plain vanilla from the outside but, inside, they sport a downsized version of a medical office, with a waiting area, physical exam room, restroom and desk for paperwork. They will soon be outfitted with telemedicine capabilities, so a doctor elsewhere can review patients as they come in and, if appropriate, prescribe a medication to treat addiction.

"It's like street outreach," said Howard Hitzel, president and chief executive officer of BestSelf, the name of the organization that formed from the 2017 merger of two organizations focused on mental health and substance use treatment – Child & Adolescent Treatment Services and Lake Shore Behavioral Health.

"We want to figure out, working in conjunction with local communities, how best to reach people and get them rapid access to care," he said.

Services provided by the vehicles will be available regardless of patients' ability to pay.

Health officials say prescription medications like buprenorphine, combined with counseling, can reduce cravings and withdrawal symptoms. But finding a doctor who offers what's known as medication-assisted treatment can be difficult.

Opioids include the illegal drug heroin, as well as powerful pain relievers available by prescription, including oxycodone, hydrocodone and fentanyl. Their abuse has led to alarming increases in overdoses and deaths. Opioids are engulfing communities across the country. Erie County recorded 103 opioid-related deaths in 2012 but 301 in 2016. An estimated 316 people died of opioid overdoses in Erie County last year, although many of the cases are awaiting confirmation by tests.

BestSelf received a $1.7 million grant to buy the RVs and for other aspects of its Recovery Connections program. The vehicles were unveiled Tuesday at an event with Lt. Gov. Kathy Hochul. 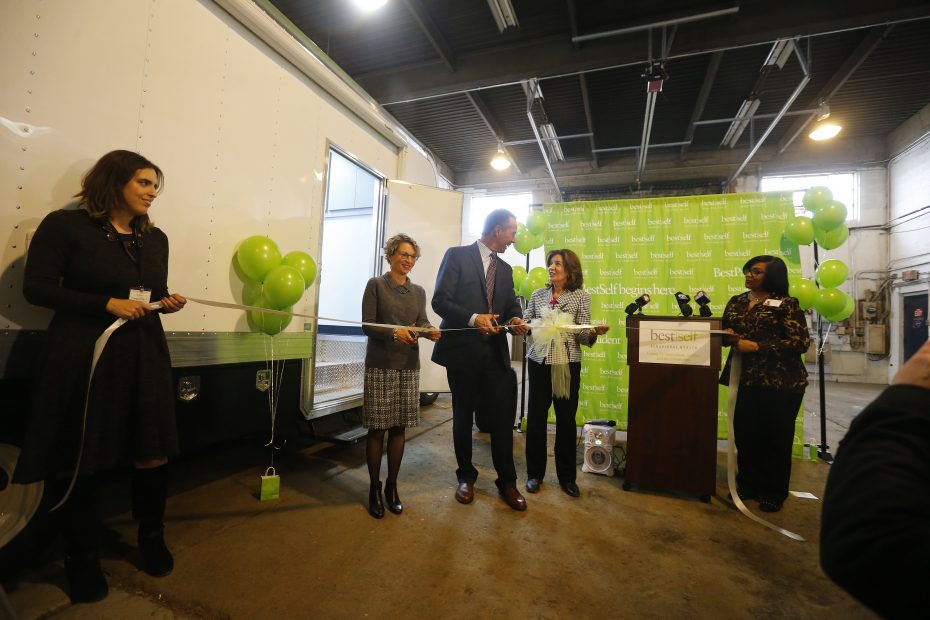 Gov. Andrew M. Cuomo in September announced the availability of $25.2 million in federal funding for addiction-related initiatives in 16 counties. The projects include mobile treatment, telehealth capabilities, and the expansion of medication-assisted treatment, as well as support for prevention and recovery programs.

Hochul talked about the recreational vehicles becoming recovery vehicles at a time when nearly everyone knows someone -– a family member, friend, colleague – touched by addiction.

"We've seen the worst of this crisis, I hope. And I hope we have turned a corner. I'm not sure yet," Hochul said.

The funding was awarded to the state through the Opioid State Targeted Response grant program administered by the federal Substance Abuse and Mental Health Services Administration. The 16 counties, including Erie and Niagara in Western New York, are considered high-need based on the number of their overdose deaths related to the use of opioids.

Since September, BestSelf has been operating the Recovery Connections program with a handful of sport utility vehicles and has already seen more than 200 people. Hitzel said the organization is still trying to figure out how best to use the new vehicles. The vehicles are unmarked so they don't scare away potential patients.

"We need to find our rhythm, where it's most efficient for us to be and when," he said.

"We have pulled up to individuals on the street, people sitting near corners," she said. "You would be surprised how many people are ready to talk to you."

One aspect of the program that makes it different from other addiction services is that it's on wheels and can return to the places where it has been.

"People can't believe when we come back. They're grateful," said Mona Lisa McEachin, a peer advocate who was addicted to drugs until eight years ago.

She travels as part of the crew, bringing with her the knowledge and experience of someone who knows what an addict is going through.

"I'm like a guide. I think people see me, and maybe it gives them hope that they don't have to go down the path they are on," she said.