When Hurricane Harvey forced the postponement of two Florida State women's soccer matches late last summer, the Seminoles evacuated Tallahassee as a precaution, busing eight hours to share facilities with Ole Miss for a few days before a makeup match at Troy.

Little did Florida State freshman Maddie Pezzino know then that those temporary grounds would be the next step in her soccer career, as the reigning Gatorade Player of the Year for New York has decided to transfer to Mississippi to represent the Rebels.

As per NCAA soccer rules, Pezzino will not be forced to sit out a season; student-athletes are permitted to transfer Division I schools once without penalty. She has already enrolled for the spring semester at Ole Miss and holds three more seasons of eligibility.

"I don't think [Florida State] was the best fit for me," Pezzino reflected in a phone conversation Sunday. "I was looking for something different, but I learned a lot there as a player and as a person."

Despite rumors to the contrary, Pezzino was eligible to train with Florida State that first semester, but she quickly ran into unforeseen hurdles. "Fitness was a struggle for me," she admitted. 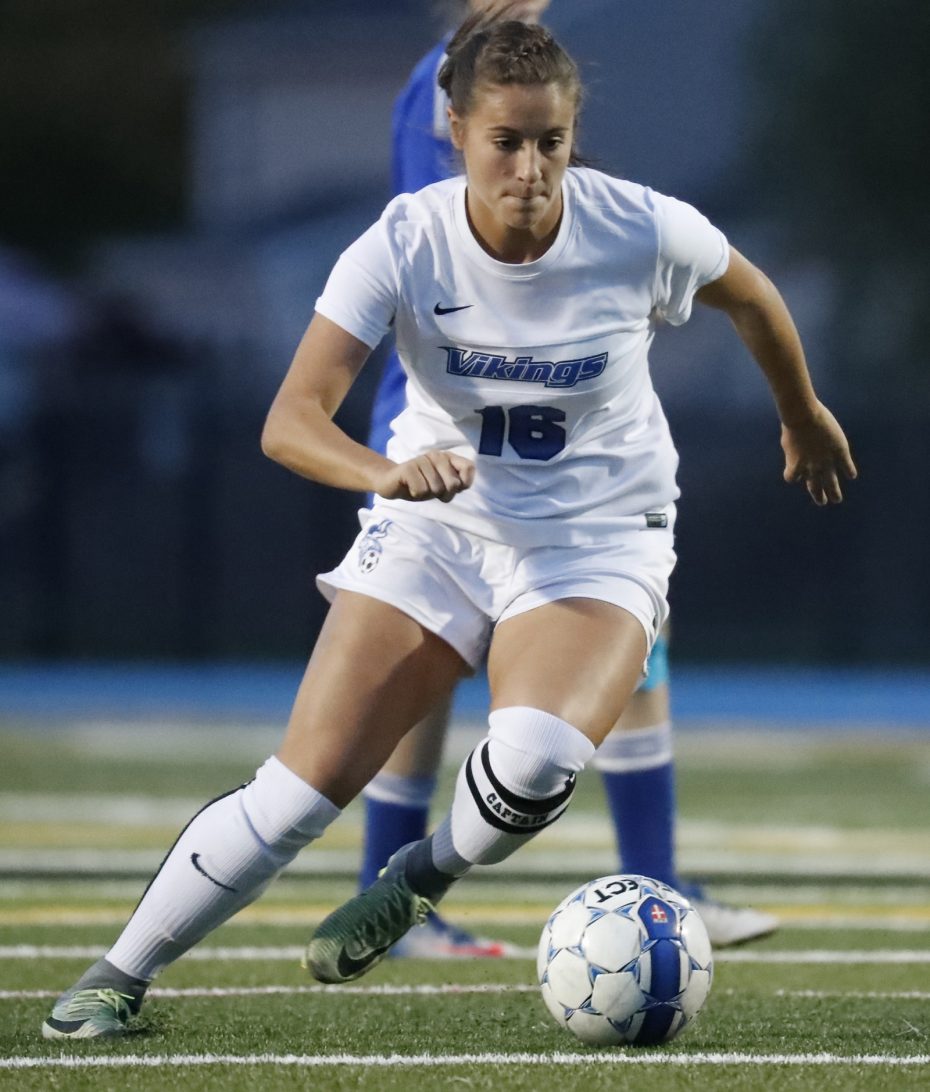 A sluggish start to the United Women's Soccer season for the amateur Western New York Flash was worrying, too, but her focus on fitness began to pay dividends.

The product of the Flash's youth academy struck for four goals in the final five games of the UWS season, then impressed in the Seminoles preseason, finishing in the team's top seven in fitness - a moment of pride for overcoming a previous barrier.

Once the college season began, the freshman striker's minutes were uneven in non-conference play. Her best performance was a two-goal substitute appearance in a 4-0 spanking of Kentucky, but once the Atlantic Coast Conference schedule began, Pezzino was limited to a total of 27 minutes, over two appearances, in the 10 conference games.

Though the Seminoles won two NCAA Tournament matches before falling in the third round, Pezzino did not see the pitch in any of them.

"It's a big school, and the competition for minutes was fierce, and there was a lot to take in," Pezzino explained. "I went in at a young age and I hadn't experienced a lot. I went in super confident, but ... yeah, it's been humbling. I'm grateful to have learned a lot."

With Florida State's attack comprising a junior, two sophomores and a freshman, there wasn't a clear path to minutes for Pezzino in the years ahead. Seminoles coach Mark Krikorian reached out to his friend, Ole Miss coach Matt Mott, and helped facilitate the transfer.

"I had a great first impression [at Ole Miss] during the hurricane and I knew right away [I'd go there]," she said. "There I'll have the opportunity to play and developer as a player."

The Rebels (10-7-3), who coincidentally bowed out of the NCAA Tournament to Florida State, 5-0, compete in the Southeastern Conference and finished 2017 with an RPI of 44, not too far off the Seminoles' 13.