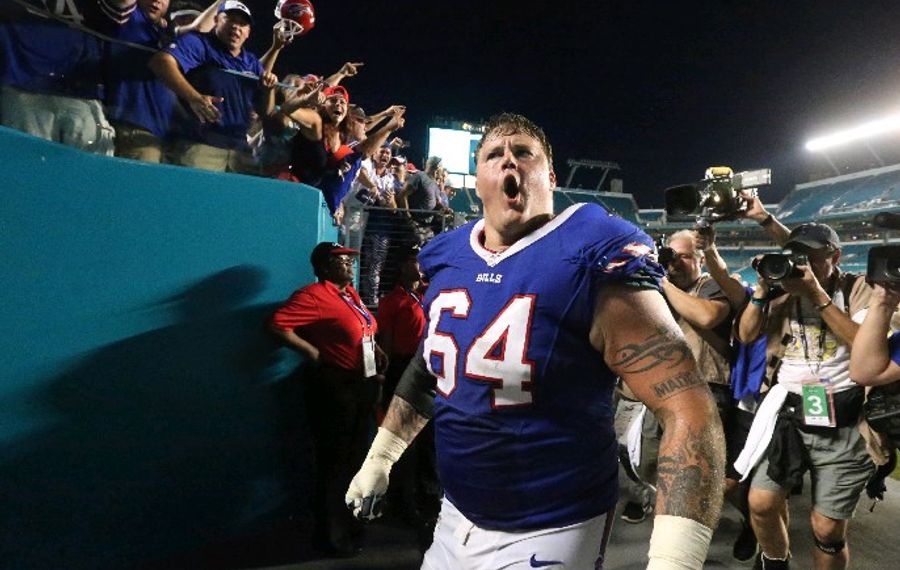 Ngakoue was named to the Pro Bowl's AFC team Monday, making him a teammate of Incognito's.

Ngakoue had accused Incognito of using a racial slur during the Jan. 7 wild-card playoff game at Jacksonville, prompting the NFL to investigate.

A league spokesman said late Monday night that the situation remains "under review." Earlier Monday, an NFL source indicated the investigation was complete and Incognito was not expected to face disciplinary action.

Incognito is scheduled to be part of the AFC practices for Sunday's Pro Bowl in Orlando. He is expected to address the controversy with the media there, possibly as soon as Tuesday.

“I’ve been playing this game for 12 or 13 years and have never heard anything like that,” Ngakoue said after the game. “When somebody says something about your ethnicity, that’s taking it too far. ... You can’t say certain things."

The day after the game, Ngakoue said he wouldn't identify exactly what was said publicly, adding "he knows what he said. I don't gotta repeat it."

Incognito has not spoken to the media – or posted on social media – since Ngakoue made his accusation. At the Bills' season-ending press conference, General Manager Brandon Beane confirmed the NFL is investigating the alleged incident and said "there was definitely an exchange. I think there's a misunderstanding of what was said."

Rookie left tackle Dion Dawkins and center Eric Wood, who line up on either side of Incognito, have both said they did not hear any racial slurs. The NFL has not offered any updates on the status of its investigation.

Incognito, who has made the Pro Bowl all three of his seasons with the Bills, previously served an eight-game suspension in 2013 for his role in a bullying scandal after former Dolphins teammate Jonathan Martin accused him of using racial and homophobic insults.

"The league is doing their investigation, we understand his side and some of the other guys that heard, but until we get it finalized, I don’t want to comment on it," Beane said two days after the Bills' season ended.

Beane is scheduled to speak with reporters Tuesday at the Senior Bowl in Mobile, Ala.

It’s Ngakoue’s first Pro Bowl selection and comes after he recorded 12 sacks and six forced fumbles in the regular season.