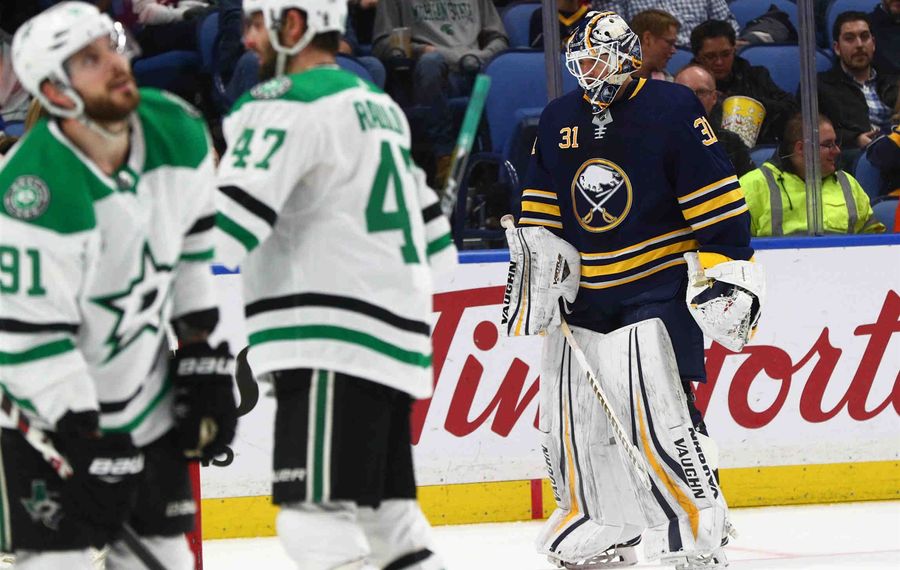 CALGARY – This was not the ideal homecoming for Chad Johnson.

"I think everybody, especially at this point halfway through the season, is just disappointed, embarrassed by how things have gone so far," the Buffalo Sabres goaltender said Monday.

There was no way for Johnson to sugarcoat things as he returned to Calgary, the city where he spent his childhood and played last season. Disappointment and embarrassment abound for the last-place Sabres and their struggling netminder.

"We're trying to stick together, but it's been a really tough year personally and as a team," Johnson said in Scotiabank Saddledome.

"That's what makes it tough about this year," Johnson said. "The last two years I've kind of had my game and the results. … I was where I wanted to be. Now it's tough really to get that. I think everybody is that way on this team."

Playing for the lowest-scoring team in the NHL will hurt any goaltender's numbers, but Johnson hasn't helped himself. He's allowed three goals or more in 11 of his 17 appearances, contributing to a 3.85 goals-against average.

Johnson entered the season with a career GAA of 2.44.

"There's going to be changes."

Johnson is among those fighting for a contract and, given his age, a career. He signed a one-year, $2.5 million deal with the Sabres during the summer, but those figures will be hard to replicate come July 1.

He was hoping a return to Calgary could propel him toward a solid second half and a brighter future.

"This is always special being able to play in your hometown," Johnson said. "Obviously, having played here and having some success and friends on the team still and in the organization and stuff, it's always exciting to be back here, but a little more special knowing last year and how it went."