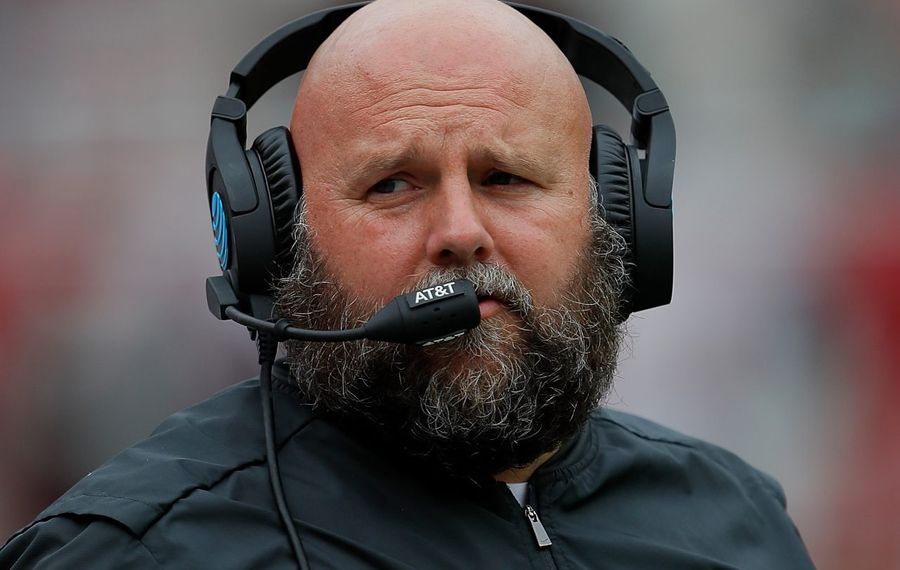 He can thank Nick Saban for at least getting his foot in the door, according to an outstanding story on the relationship between Saban and Belichick that appeared on Monday Morning Quarterback.

Here is how the story describes the scene in January 2000:

On his first morning as head coach of the New England Patriots, a FedEx package arrived on Bill Belichick’s desk. Inside was a résumé, plus film breakdowns and scouting reports, rigorously prepared to the specifications of Nick Saban.

“Nick called,” Belichick says. “He said: You've got to hire this guy; he’s one of the best I’ve ever had. Honestly, you get a thousand names like that one when you are a new head coach, believe me. But when Nick recommends somebody like that? You know he doesn’t recommend 50 guys to you.”

Belichick hired a 24-year-old Michigan State graduate assistant named Brian Daboll for a defensive quality control job. Daboll spent the next two years in that role—insiders call it a “20/20” gig, because you work 20 hours a day for less than $20,000 a year—when a higher-paying offensive position job came open.

“I told him, look, I'd love to give you more responsibility, but this job that you have is really an important job,” Belichick says. “If you find me somebody who can break down film as good as you can, I'll get you out of this job tomorrow.”

Daboll had just the guy in mind: Josh McDaniels, who had been a graduate assistant coach with him at Michigan State under Saban. The story notes Belichick had the same conversation with McDaniels a year later. He recommended Nick Caserio, who is now the Patriots' director of player personnel.

"And it all started with Nick,” Belichick says. “Obviously, Nick and my relationship is the strongest chain. But there are certainly a lot of other ones that are pretty strong, too. It's all part of the Belichick-Saban, what do you want to call it?” He pauses. “I don't know if legacy is the right word,” he says.