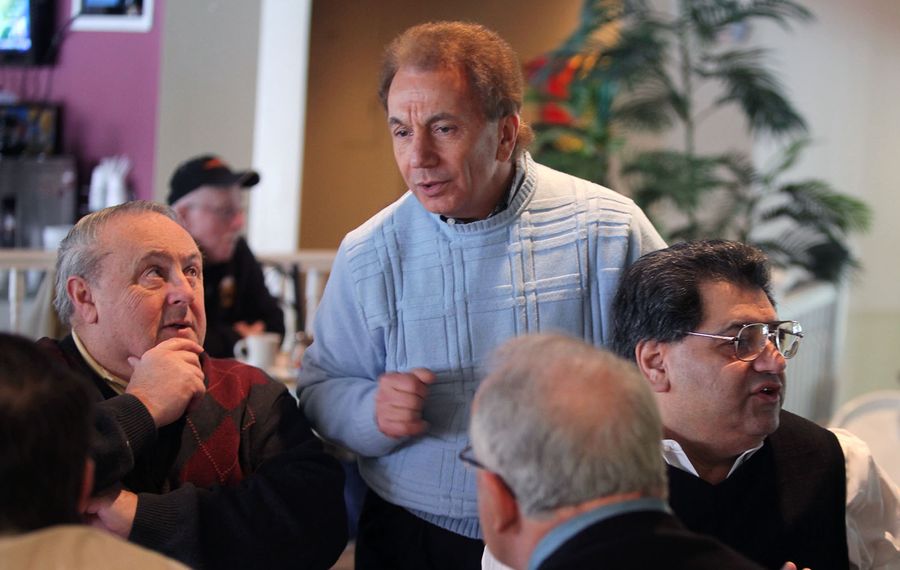 Secure backing from the county’s top political chairmen to ensure an uncontested election in 2017, they said, and raise enough money to scare off anyone even contemplating a primary challenge.

She followed the advice to a tee and glided through the November election to the bench.

Now, two of the key architects of that strategy are surfacing in a new way. Ralph C. Lorigo and Philip Tantillo have been appointed trustees for the Statler Foundation and stand to earn stipends of between $18,000 and $20,000 a year for the rest of their lives.

Howe, whom Mosey calls her mentor, last month named made the appointments in one of her last official acts as surrogate.

Lorigo, the Erie County Conservative chairman, joined with Republican and Democratic leaders last year to bestow early endorsements on Mosey and deter any others from entering the race.

Tantillo, Mosey’s treasurer, then raised more than $900,000 for her campaign — the richest judicial treasury in Western New York history. That sum also scared off anyone thinking about the surrogate’s race.

“Sorry, but I have never in 14 years commented on any of my trustee appointments — Statler or otherwise,” she said. “So, most respectfully, no comment on these two.”

Nobody has suggested any violations of the law or judicial rules in the appointments, but experts say the moves raise questions.

The “you scratch my back, I’ll scratch yours” aspect of the appointments prompts concerns, said James Sample, a Hofstra Law School professor who has studied the influence of party chairmen on New York’s judicial elections.

He described the appointments as part of the “merry-go-round of political favors” shading the way New York chooses its candidates for judge.

“This is the New York judicial selection process,” he said, “with each individual actor following through on the implicit — or even explicit — obligation to pay it forward."

“Even though everything here is technically legal,” he added, “it strikes me as compromised.”

Howe appointed Mosey in 2005 as the court’s public administrator, essentially serving as the judge’s right hand woman. Mosey told The Buffalo News in October that Howe urged her to run for surrogate.

In December, Howe retired after a long career as a Buffalo city judge, State Supreme Court justice, and surrogate judge.

Lorigo was also among a trio of Erie County political chairmen who bestowed key political endorsements on Howe in 2003 and 2013 when she won her own uncontested elections for surrogate.

From three trustees to 12

The Statler Foundation, meanwhile, was established in 1927 by the estate of Buffalo-based hotelier Ellsworth M. Statler, who began as a bell hop and eventually founded the former hotel chain that bore his name. Its mission has always been to encourage training of hotel and restaurant personnel.

Throughout its history, the foundation has funded many charitable efforts linked to the hospitality industry as well as student scholarships. Its official reports list 12 trustees who dispense grants from assets of about $30 million. The trustees review applications for grants and then vote to approve or disapprove. They also award scholarships for students headed toward the hospitality industry.

Robert M. Bennett, the former United Way of Buffalo and Erie County head who also served as chancellor of the state Board of Regents, now serves as the foundation’s chairman. He explained that the terms of the original Statler behest determined that the Erie County surrogate would name its trustees.

Until about a quarter century ago, he said, the surrogate appointed only three trustees, who often brandished top political credentials. As late as 1980, two former Democratic chairmen — Peter J. Crotty and William B. Mahoney — served as trustees and earned as much as $44,500 annually.

The News reported then that more than 100 people sought an appointment from then-Surrogate William J. Regan, describing it as “one of the most coveted patronage plums in the nation.” By 1991, the trustees were making more than $103,000 a year.

But the system was reformed in 1992 when Crotty and co-trustee Arthur Musarra died on the same day. That’s when former Surrogate Judge Joseph S. Mattina expanded the trustee panel to 12 members.

“For me to appoint only two trustees would be outrageous, immoral and an affront to this community,” Mattina said announcing his reforms. “I do not believe that anyone could ethically make or accept an appointment that would entail the payment of such a tremendous sum of money for part-time, community-related responsibilities.”

Until Lorigo’s recent appointment, no political chairman has been named.

“Now, depending on the performance of the trust, everybody gets the same,” Bennett said. “And I can say without hesitation, that we have processes of application, accounting and performance.

“We cannot be political at all,” he added. “That’s not the way it works.”

Though Tantillo, a certified public accountant, never worked for Howe, he did manage the financial campaign of Mosey, a close Howe ally. Mosey personally loaned her own campaign about half of the more than $900,000 she raised.

The rest came from a Feb. 3 fundraiser at Kleinhan’s Music Hall featuring a long line of stations with food donated by top area restaurants. Campaign finance records show at least 210 lawyers or law firms made donations to the Mosey event.

The records also confirm that Mosey has fulfilled her promise to refund the vast majority of the donations she received following the election.

Tantillo’s other political connections include an appointment to the Peace Bridge Authority by then-Gov. David A. Paterson in 2010. He was reappointed in 2012 and 2014 by Gov. Andrew M. Cuomo before leaving the board in 2016.

Both new trustees acknowledge that their connections to surrogate elections could prompt questions about their appointments. But both also said they never discussed with anybody joining the Statler trustees, and they never knew vacancies existed until notified by Howe.

“I was extremely honored to get the appointment. I think I’m the only accountant on the board, and they needed an accountant,” Tantillo said. “It was a surprise.”

Lorigo, a lawyer, said running the local Conservative Party represents only a minor aspect of his life, that he has vast experience as an attorney, businessman and real estate developer, and that he will bring that expertise to the foundation.

“When Judge Howe called me I was taken aback, but she said it was because of my business background,” Lorigo said. “For sure, it has nothing to do with Judge Mosey. There was never any discussion about that.”