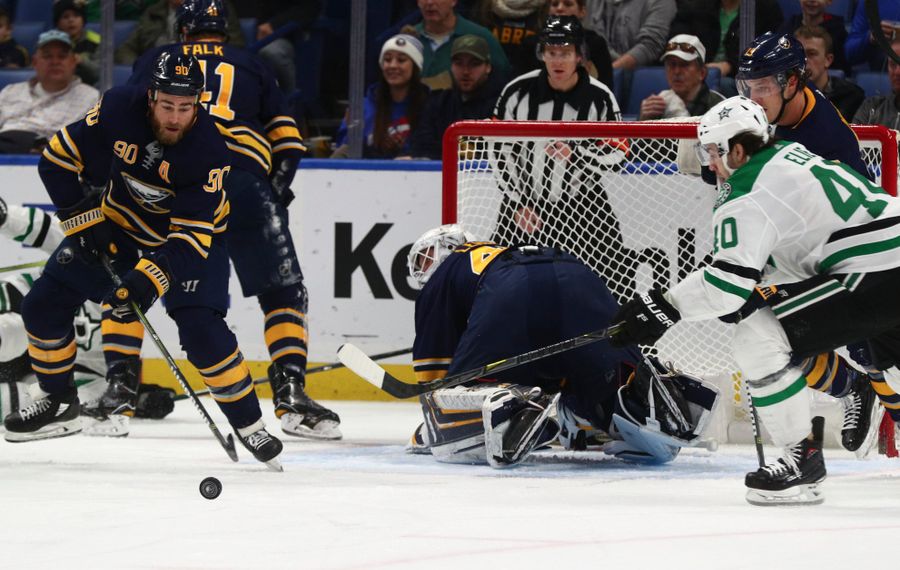 While the Buffalo Sabres are trying to figure out how to work hard on consecutive days, the Dallas Stars are putting up workman-like numbers as they make a push for a playoff spot in the Western Conference.

With the 7-1 win in Buffalo on Saturday, Dallas took seven of eight points on their four-game road trip. With 58 points, the Stars are in the race in the Central Division and came into Saturday's game holding the top spot in the west's wild card race.

And the key in the eyes of Dallas coach Ken Hitchcock has been the ability for the players to come together as a team.

"I don’t know where this is going by the end of the year, there’s just so many good teams, not only in the Central but in the West, so many dynamic teams," said Hitchcock, who returned to the Stars this season after coaching Dallas from 1996-2002. "All we have to do to give ourselves a chance is to keep playing well and act as a group and that’s exactly what we’re doing. We’re acting and behaving as one and now guys are vocal about making sure that we stay on task here and that’s another good step we’re taking."

Dallas defensemen John Klingberg continues to be one of the top point-producers from the blueline in the NHL this season.

With three assists in Saturday's game, he has points in nine of his last 10 games. His career-high point streak of eight games was snapped in a shootout loss to the Columbus Blue Jackets on Thursday. That streak was the longest by a Dallas defenseman since Sergei Zubov had points in nine straight games during the 2005-06 season.

"Of course I pay some attention," Klingberg said of his production. "but if I keep playing my all-around game, the points will come. I think it’s because I have more energy. I play more minutes, but I have more energy. I think I’m taking a lot more shots this year than I did before. That’s something I’ve always been told from the coaches to shoot more. So I guess it helps."

Speaking of home games, the Sabres still sit at 999 regular-season home wins in franchise history. Sabres coach Phil Housley said his team's inability to compete "in front of our home fans" was "very disappointing and quite embarrassing." The Sabres will again shoot for regular-season home win 1,000 when they host New Jersey at 7 p.m. Tuesday, Jan. 30.

And the bottom drops out, again, for the Sabres