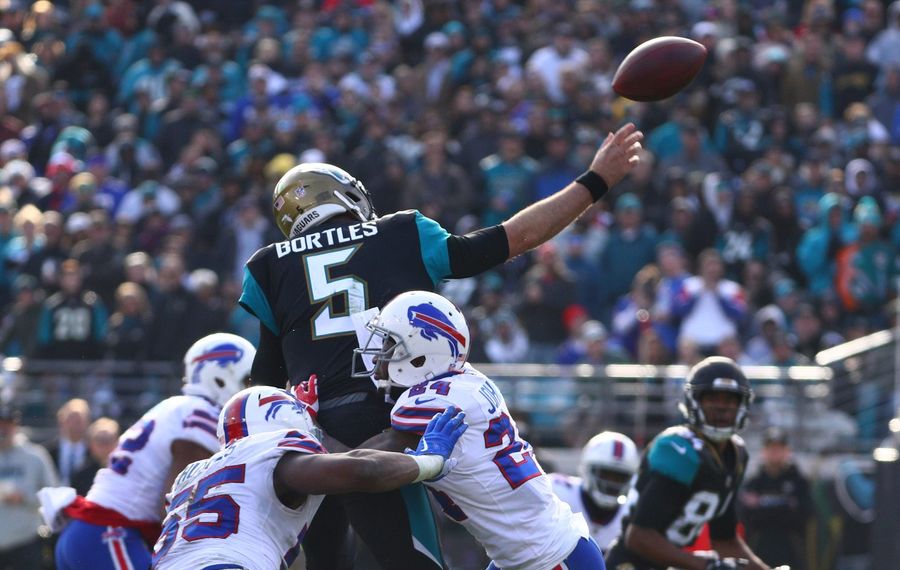 You want hope, Buffalo Bills fans? You want something to help keep you warm through winter's chill? You want a reason to believe the encouraging way the team ended last season just might be something more than a tease?

Look no further than the NFL's final four quarterbacks.

Except for one — and this presumes Tom Brady's hand injury isn't serious enough to prevent him from playing — the QBs who are a step away from playing in the Super Bowl hardly meet what would widely be viewed as the Super Bowl-caliber standard.

It's generally accepted that one non-elite passer will somehow find his way into the AFC or NFC title games.

That was supposed to have been Ben Roethlisberger leading the Pittsburgh Steelers against Brady and the New England Patriots for the AFC crown, not Blake Bortles and the Jacksonville Jaguars. That was supposed to have been Drew Brees and the New Orleans Saints squaring off against Matt Ryan and the Atlanta Falcons for NFC supremacy, not Case Keenum and the Minnesota Vikings versus Nick Foles and the Philadelphia Eagles.

This is the year the NFL got flipped on its collective helmet. This is the year that shot a sizable hole through the conventional wisdom that it's a quarterback-driven league, that a team has no shot of going anywhere but home after its final regular-season game if it doesn't have someone with great talent behind the center.

With a trip to the Super Bowl on the line, great isn't a part of the quarterback conversation with three of the four teams left standing. 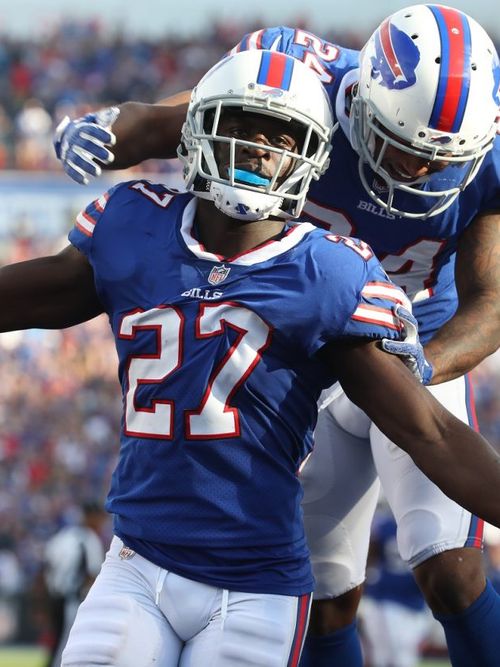 Bills' Tre White on spending his whole career in Buffalo: 'Hopefully I can be that Kyle Williams type' Sat, Jan 25, 2020

Bills CB watched Kyle Williams before him growing up in Louisiana to starring at LSU to being drafted by the Bills. Williams spent all 13 of his NFL seasons in Buffalo – a rare accomplishment, but one that White aspires to.

And that can't help but open the door to the possibilities of many other teams, including the Bills. Say what you will about their pathetic offensive showing in the wild-card loss at Jacksonville, but the fact remains their defense played well enough to get them to the divisional round and Bortles by no means was that much better than Tyrod Taylor.

With or without Taylor, it isn't all that unreasonable to think the Bills — along with other clubs facing uncertain quarterback situations — could meet the fairly low standard established by three of the finalists.

Bortles is a spotty passer, at best. He performed shockingly well against the Steelers' defense last Sunday, but his poor showing against the Bills was more in line with how he has played through most of his career. He panicked under pressure. He repeatedly missed open receivers, because he either wouldn't release the ball as quickly as he should or simply hit those typical stretches where his mechanics were off and he simply didn't trust his ability to make plays.

For whatever he might lack in skills, Bortles has shown just how far a quarterback — with the help of a dominant defense — can get on sheer toughness, physically and mentally. Especially mentally. His confidence could have easily been shattered when he was benched after the Jaguars' preseason-opener against the Patriots. Bortles not only demonstrated he could overcome adversity, but his teammates saw a true professional who could own the consequences of his failure and work at improving.

He also can be an exceptionally dangerous runner, as he proved with his 88 rushing yards that did the most damage to the Bills' defense. Fully aware of Bortles' deficiencies, coach Doug Marrone and offensive coordinator Nathaniel Hackett give him the green light to use his legs as often as possible, which could be particularly effective against Patriot defenders often playing man-to-man coverage and turning their back to the quarterback.

But when you think conference-championship game, you don't think Bortles.

You don't think Foles or Keenum, either.

Foles is the replacement for Carson Wentz, who only one year after the Eagles made him the second overall pick of the draft played well enough to win MVP honors before a devastating knee injury cut his season short in Week 14. Foles lacks big-time arm strength and doesn't bring much in the way of energy or emotion to the huddle. Take away the Eagles' talented receivers, strong running game and solid defense, and it's fair to say that Foles would likely be watching the NFC Championship Game on television.

Still, he merits credit for having the capacity (default setting?) to maintain his poise under the pressure-filled, over-hyped circumstances that he and his teammates face.

Keenum's arm isn't much stronger than Foles'. The Vikings signed him to a one-year contract to be a backup, and their expectations for him were perhaps even more modest than anyone on the outside. As Rams teammates in 2015, Foles and Keenum combined for a 7-9 record, with Foles making 11 starts and Keenum five.

“I know this is what all you guys predicted back in the day, a Foles vs. Keenum NFC Championship," Keenum said to reporters with a smile. "So good job to all you guys who predicted that."

But Keenum has had an impressive run since replacing injured Sam Bradford as the starter in Week 2. His 3,547 yards and 22 touchdowns, with only seven interceptions, went a long way toward the Vikings clinching the NFC North with a 13-3 record. Keenum's walk-off touchdown throw to Stefon Diggs to beat the Saints figured to solidify Keenum receiving starter-level money in his next deal, whether it's with the Vikings or another team.

What does having Bortles, Foles and Keenum in the final four say about the NFL?

“I think it says that they are on great teams, quite honestly,” Eagles coach Doug Pederson told reporters. “Listen, and I’ve said this a lot of times and I’ll say it again: It’s not about one guy. Even Tom Brady has weapons on offense and playing good defense, and it’s the same way with the other three teams.

"They have got weapons around the quarterback. They all play great defense. And listen, ultimately, bottom line, it comes down to who can take care of the football.”

Linebackers Mychal and Eric Kendricks have only faced each other twice before, once in college and once as pros, when Mychal's Eagles scored a 21-10 victory against Eric's Vikings during the 2016 regular season. But brothers squaring off in an NFL conference-championship game? That's a first.

Each was a former football star at Hoover High School in Fresno, Calif., and is a prominent member of a team that made him a second-round draft pick: Mychal, 46th overall in 2012, from the University of California; Eric, 45th overall in 2015, from UCLA. Mychal, 27, ranked second on the Eagles during the regular season with 77 tackles. Eric, 25, led the Vikings in tackles (113) for the third year in a row, which went a long way toward his team's No. 1 ranking in the NFL in total defense.

"We're just competing at the highest level at this point and we both want to win," Eric told me during an interview with his brother on SiriusXM NFL Radio. "We're both competitors. That's one thing I definitely learned from my brother is my competitive side and how it is to earn everything you get. So that's what we're going to do. We're going to prepare for it and try to whip each other's behind."

Their mother, Yvonne Thagon, told fanragsports.com that it wasn't going to be fun watching her sons in action at Lincoln Financial Field with a first-time Super Bowl appearance at stake. Keep in mind, she wore a split Cal-UCLA jersey when the brothers were on opposite sides during Mychal's senior year.

Mychal isn't so sure about that.

"I feel that no one really knows what's going on in people's hearts," he said. "I think (parents and other family members) do a pretty good job of masking that and treating us pretty equally and fair. But I think, deep down, within every person, they have their person who they want to win the game and we would never know and it's probably best that we don't. Moms, dads, sisters, brothers, cousins, whatever it is, they all have their chosen favorite. And they should. But who knows? I don't."

"I think you got drafted first, so they had a full two years of being an Eagles fan before they started being a Vikings fan," Eric told him.