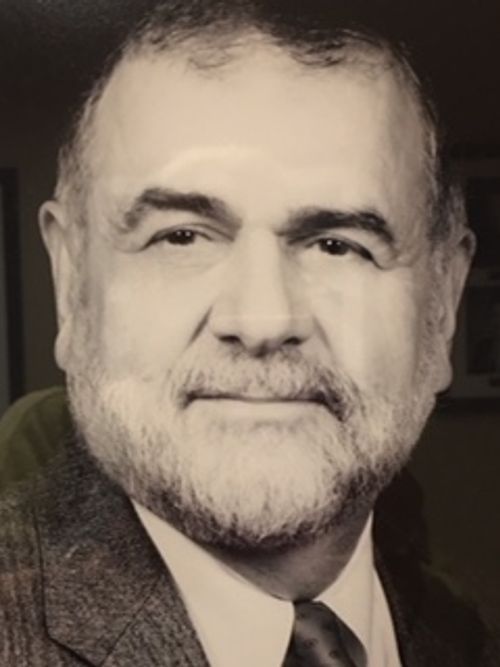 Dr. Bertram A. Portin was in his residency training when he developed what became a life-long interest in the surgical treatment of colon and rectal cancers, colitis and Crohn's disease.

He found satisfaction in a specialty that enabled him to perform complex procedures while simultaneously forging long-term relationships with patients whose conditions typically required follow-up and treatment over an extended period. It embodied a philosophy toward medicine that he pursued through a long and prominent career.

Among other accomplishments, he was elected president in 1981 of the American Society of Colon and Rectal Surgeons, assuming the post as an advocate for quality care, physician self-assessment and continuing medical education. In his inaugural address, Dr. Portin reiterated his view that continuing medical education was as necessary to quality medical practice as food and oxygen are to continued physical well-being.

Between 1984 and '85, Dr. Portin also served as president of the American Board of Colon and Rectal Surgery, the body responsible for certification of colon and rectal surgeons. He helped draft the written portions of board certification examinations and conducted the oral portion of the board exams taken by a generation of colon and rectal surgeons across the country.

In 2011, Dr. Portin received the Roswell Park Medal, whose previous recipients include heart transplant pioneers Drs. Michael DeBakey and Denton Cooley. The award was established in 1947 in honor of Dr. Roswell Park, founder of the cancer center, and is awarded to a physician deemed by the Buffalo Surgical Society as having made significant contributions to the art and science of surgery.

“My father was an extraordinary man who touched so many," said his daughter, Susan C. Portin. "It was the rare occurrence when we’d be out with him at a restaurant or at Wegmans when someone didn’t approach us to recount how he’d saved their lives, or the lives of loved ones. To us, his family, he was just that bear of a man who gave us unconditional love, taught us how to live in the world with dignity, integrity and respect, and showed us how humor and kindness could heal almost any wound. He will be missed terribly.”

Dr. Portin, known to friends as Bert, was born in Buffalo, and his family moved to Trenton, N.J., when he was 11. His mother, Millicent, had a serious congenital heart condition and his only sibling, Harriet, suffered a traumatic brain injury at birth, making it necessary for him to hold part-time jobs during high school to help financially. After graduating from high school, where he excelled academically and as a debater, Dr. Portin attended Hamilton College.

Before completing his freshman year, he enlisted in the Navy, where he served as a radioman on a ship patrolling the South Pacific. Following World War II, he returned to Hamilton.

Dr. Portin’s efforts on behalf of Hamilton’s track team were legendary. He liked to jokingly recount his record of having finished last in every race he ran but one – in which he came in second-last.

To help pay tuition, Dr. Portin held part-time jobs on campus, including a stint as a waiter at the dining hall. He frequently recalled that his duties included serving meals to the late actor Peter Falk, also a Hamilton student.

While spending a weekend in Binghamton with one of his college roommates, Dr. Portin met the love of his life, the former Rhoda Paris. The couple were inseparable for the next 70 years, and celebrated their 66th wedding anniversary last March.

Dr. Portin received his medical degree from the University at Buffalo's Jacobs School of Medicine and Biomedical Sciences. He completed an internship at Jackson Memorial in Miami and a surgical residency at the former E.J. Meyer Memorial Hospital. Dr. Portin was known for practicing surgical technique late at night on pieces of meat donated by a local butcher.

He joined the colo-rectal surgery practice of the late Dr. Willard Bernhoft, in Buffalo. During his career, he made important contributions to the planning and founding of the Catholic Health system, and later served on its first board of directors from 1996 to 2006. He chaired or served on the board of the hospital system's home care affiliate in 1999 and 2000. He was elected president of the Sisters Hospital medical staff in 1986, and later served on the Sisters Hospital board. He also served as a clinical professor of surgery at UB and was appointed assistant dean for alumni affairs following his retirement.

In addition to his wife, survivors include two sons, Robert and Mark; a daughter, Susan; and five grandchildren.