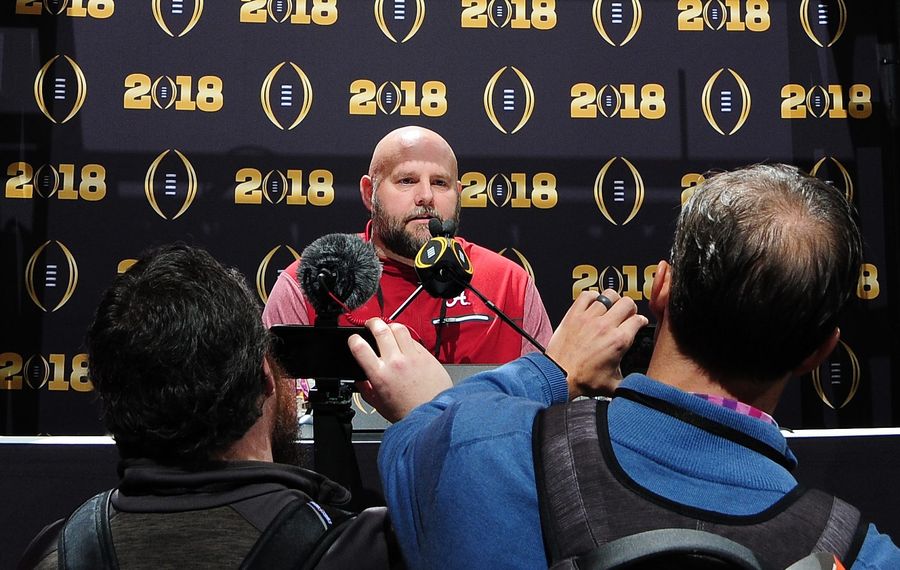 Unless the Bills find a better answer at the quarterback position, new offensive coordinator Brian Daboll will “wind up like the dozen saps who preceded him, as the most unpopular man in town,” writes The Buffalo News’ Jerry Sullivan for BNblitz.

Daboll’s QB preference: Phil Savage, the former Cleveland Browns general manager and the radio analyst for University of Alabama football, told the John Murphy Show that Daboll, who was Alabama’s offensive coordinator this past season, will likely “lean toward a more pure passer” in his search for a franchise quarterback.

More on Daboll: The News’ Vic Carucci writes that the Bills’ running game is expected to see significant change under Daboll, who figures to use gap and power blocking as opposed to Rick Dennison’s wide-zone-blocking scheme.

Kiper explains: ESPN’s Mel Kiper projected that the Bills will choose defensive players with the No. 21 and 22 picks in April’s NFL Draft, including Michigan defensive tackle Maurice Hurst. Kiper explained during a conference call why he thinks Hurst is a good fit for Buffalo.

Predictions for Sunday: The News’ Milt Northrop sees New England advancing to another Super Bowl, unless Tom Brady’s hand injury hampers him against the Jaguars. Northrop also predicts the Vikings will defeat the Eagles in the NFC.

‘I don’t see special’: Former Washington general manager Scot McCloughan told a Denver radio program on Thursday that Kirk Cousins, who is due to become a free agent March 6 if Washington doesn’t slap him with the franchise tag, is a “good player.” But he added, “I don’t see special.”

Inside the Bills: Buffalo has 18 players who are slated to hit the open market in March. The News’ Jay Skurski outlines a plan for what to do about each one.

So you’re telling me there’s a chance: Three of the four NFL teams remaining in the postseason give quarterback-starved teams like the Bills hope: Case Keenum, Nick Foles and Blake Bortles are all playing for a Super Bowl berth.

Listen: In the Daily Drive Podcast, Paul Peck and Kevin Sylvester from Buffalo Sports Page discuss Sunday’s AFC and NFC championship games, and the future of the Bills’ quarterback position.