The only new housing development in the city of Buffalo in recent years is going to get five times bigger over the next four years.

Marrano Homes is taking over the Colvin Estates subdivision in North Buffalo and plans to build more than 100 additional homes. Prices will likely start in the mid-$300,000 range, but a company official said he expects some will sell for over for $400,000 after upgrades are included. And he noted that's consistent with what people are paying for existing homes in the city.

"The last time we did it, the Main-Lasalle, we were really taken aback by how much people spent on upgrades," said John Manns, Marrano's executive vice president of sales.  "I see people really loading these houses up."

Another six houses were originally approved as part of that first phase but never built, and Marrano now has the remaining 18 acres to work with.

The 23-acre development – located on an old railroad bed between Colvin and Starin avenues, north of Taunton Place – already has 24 homes.  More than 100 additional homes are planned along with an extension of Rachel Vincent Way east toward Starin. (Google maps)

"This thing is going to sell fast, real fast," Manns said.  "It's a great location, near Hertel. You don't have too many choices for new single-family homes."

The subsidiary of Marrano/Marc Equity Corp. has agreed to buy the remaining 96 lots from property owner David Gordon's Colvin-Oakdale LLC. The purchase price is $4 million, although the deal won't close until site preparation work is completed, Manns said.

Twenty-eight of the new lots, along with the six left over from Phase One, are already developed and "shovel-ready," with roads, utilities and other infrastructure in place on five acres. Marrano will tackle those first, before taking aim at the remaining 68 lots on 13 acres down toward Starin that need to be developed with infrastructure before construction can begin.

When the project is completed, the community will contain a total of 126 market-rate homes, said David DePaolo, Marrano executive vice president of land development. Most of the money for the first two phases is coming from the city, but the rest is expected to be privately financed.

Destro Brothers will start work "immediately, as soon as the weather breaks," with a goal of having a model home completed by late spring, Manns.

"We're looking at commencing sales very quick, so people will be living there this year," he said. "The interest has been through the roof. I could hire a receptionist just to take the calls on this project."

That's not surprising, he added. The last time the homebuilder did a community in Buffalo, at Main Street and Lasalle Avenue, the company sold out all 34 home sites before officials even cut the ribbon with then-Mayor Anthony Masiello.

The developer will start out offering five home models, ranging in size from 1,800 to 2,500 square feet, with three or four bedrooms and 2.5 bathrooms. 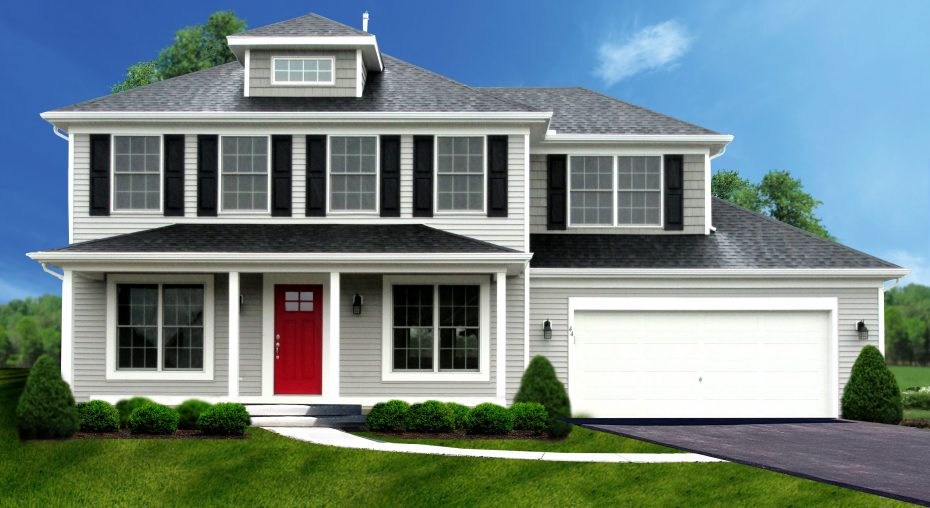 They will include exterior designs that "blend into the urban look," with full porches, city-style roof lines and garages. Inside, the homes will include 9-foot ceilings, wide wood case moldings and wood doors, sunrooms off the kitchens, formal dining rooms, gas fireplaces, a home study or library, a second-floor laundry, and a "bonus getaway" room as a "man cave" or craft space.

"We'll be offering a wide range of features that city of Buffalo residents are accustomed to seeing – and a few things they're not," Manns said.