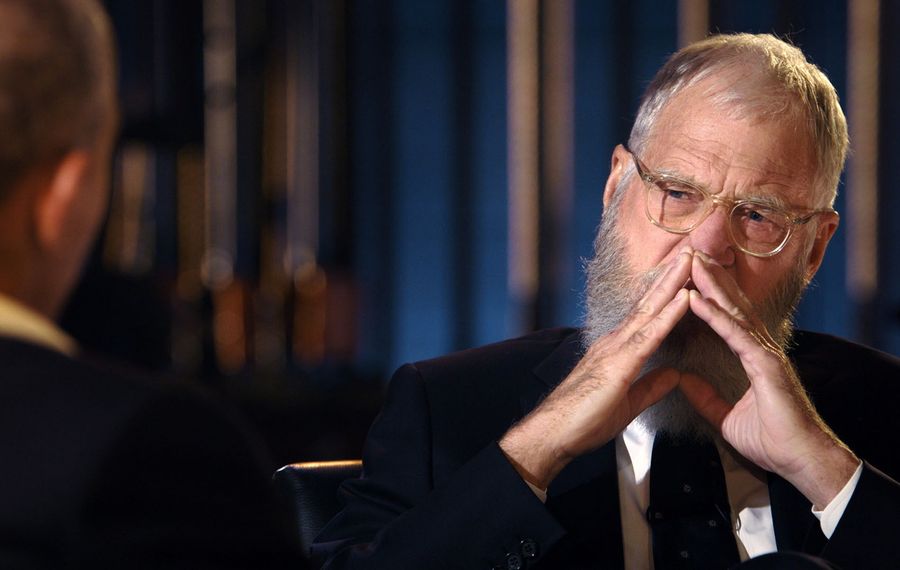 The beard's still there -- that big, absurdly bushy white beard that, depending on your frame of reference, reminds you of Jehovah, Walt Whitman, John Brown or James Harden of the Houston Rockets. (Because he's a much younger fellow, the beard of the NBA's top scorer is jet black.)

But there was David Letterman back on TV last week. His new and noteworthy show on Netflix is called "My Next Guest Needs No Introduction" and, as if to prove his point conclusively, his first interview subject was Barack Obama.

Letterman will do five more of them in his first round. His next monthly interview will be with George Clooney. Down the road lay Tina Fey, Howard Stern and Malala Yousafzai who, despite her Nobel Prize, will need an introduction to tell her extraordinary story.

What we're seeing here is what he wants us all to think of as the real Letterman, the serious man who admired Tom Brokaw and who takes serious issues with the utmost seriousness of a man whose beard is biblical even if his professional career isn't. 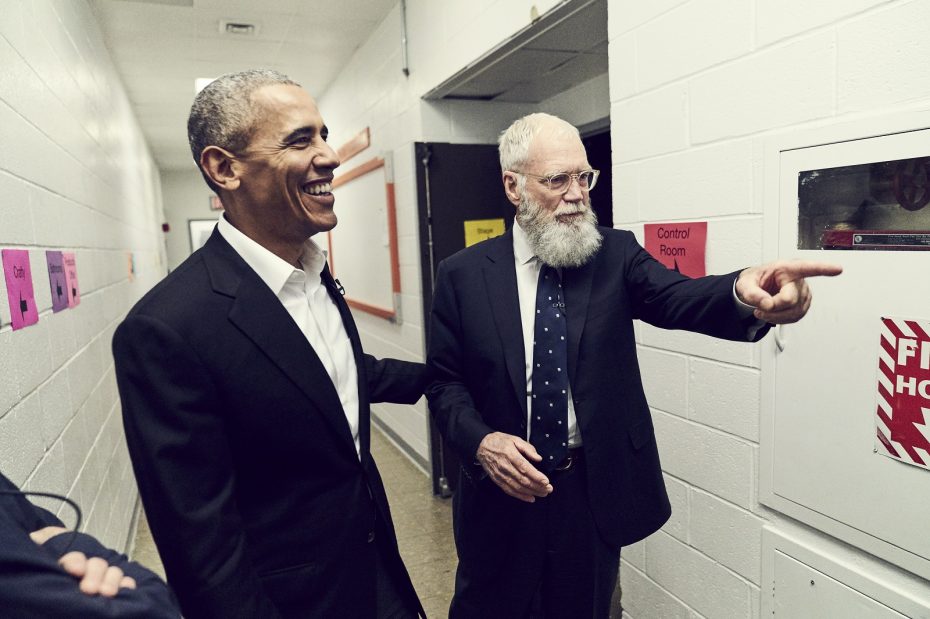 My Next Guest Needs No Introduction with David Letterman - Behind The Scenes. (Joe Pugliese/Netflix/TNS)

Letterman ended his hour with Obama -- wherein the ex-prez confessed to his "Dad moves" on the dance floor and his tears when dropping daughter Malia off at Harvard -- by telling the 44th president that he has paid attention to American presidents since Eisenhower and "without a doubt you are the first president I truly and fully respect."

It's an easy thing for someone of Letterman's generation to say. I'm a couple of years older than he. I'd disagree with him only because when Eisenhower was president I was influenced by the fact that he'd been the commander in chief of the Allied Forces in World War II.

The show ended with Obama having a clearer memory of exactly how the producers wanted the two men to walk off camera than Letterman did. (Hey, some old guys need to be pointed in the right direction occasionally.) It was good solid television, both serious and entertaining. Letterman's interpolated segment with civil rights activist John Lewis was brilliant counterpoint.

It was also just another indication of how all the new TV media -- Netflix, Amazon, Hulu -- have radically changed both the quality and the quantity of American television.

It was just my luck last week to spend it in Los Angeles for my grandson's eighth birthday and to be housed in a guestroom whose TV was connected to only Netflix. I was thereby enabled to catch up to all kinds of things I had been too busy to see before on this marvelous new addition to how American TV is watched.

But not before encountering an idiosyncratic and well-respected independent documentary filmmaker who registered a notable lack of respect for the "indiscriminate pile" of programming on Netflix. He was, at the time, specifically talking about "Bright" starring Will Smith which opened on Netflix after its decision-making honchos greenlighted the thing at a cost of $90 million.

Anyone watching "Bright" for less than 10 minutes would react to that with a rousing "Say WHAT? Someone actually spent $90 million making that?"

So let me tell you more fully about my Netflix Week -- a week of picking through things besides Letterman's new show -- in its indiscriminate pile of stuff you'd be unlikely to find elsewhere.

Bright: Remember the movie version of "Alien Nation?" James Caan as a cop whose partner, Mandy Patinkin, is from another planet? I thought not. Here is its illegitimate doofus son. Will Smith plays a sci-fi cop whose partner is an Orc played by Joel Edgerton. The world in which they fight crime is a fairy world where a lot of chasing is done after magic swords. It's a world where the elves have become the privileged class and leave in wealthy enclaves where they occupy themselves with shopping.

The movie was written by Max Landis, son of director John Landis ("Animal House," "An American Werewolf in London"). What makes it interesting is that it was directed by director David Ayer, of "Suicide Squad," "Fury" and, especially, an uncommonly fine cop film named  "End of Watch." Despite the good action scenes, I can say with full confidence that this ridiculous project was the worst film of 2017.

It is all preposterously silly and, despite the occasional interruption by well-directed action scenes, it's the elves, fairies and God knows what that keep edging it ever farther into unwatchability. It is so splendidly awful that it may actually be worth staying with for 45 minutes or so just to see something done that should never even have been tried. If you can handle the film after that, more power to you-- as long as you never get a chance to decide who gets $90 million to make movies in Hollywood.

Ozark: A Netflix TV series and a good one featuring Jason Bateman. We are all familiar with Bateman as the droll comic center of "Arrested Development," among other comedies. (To some of us, he's also known for telling the funniest story about the Jewish holiday Passover I've ever heard to Jon Stewart on "The Daily Show.") But the idea of Bateman as the center of a tough, mean crime drama is uncommonly interesting. 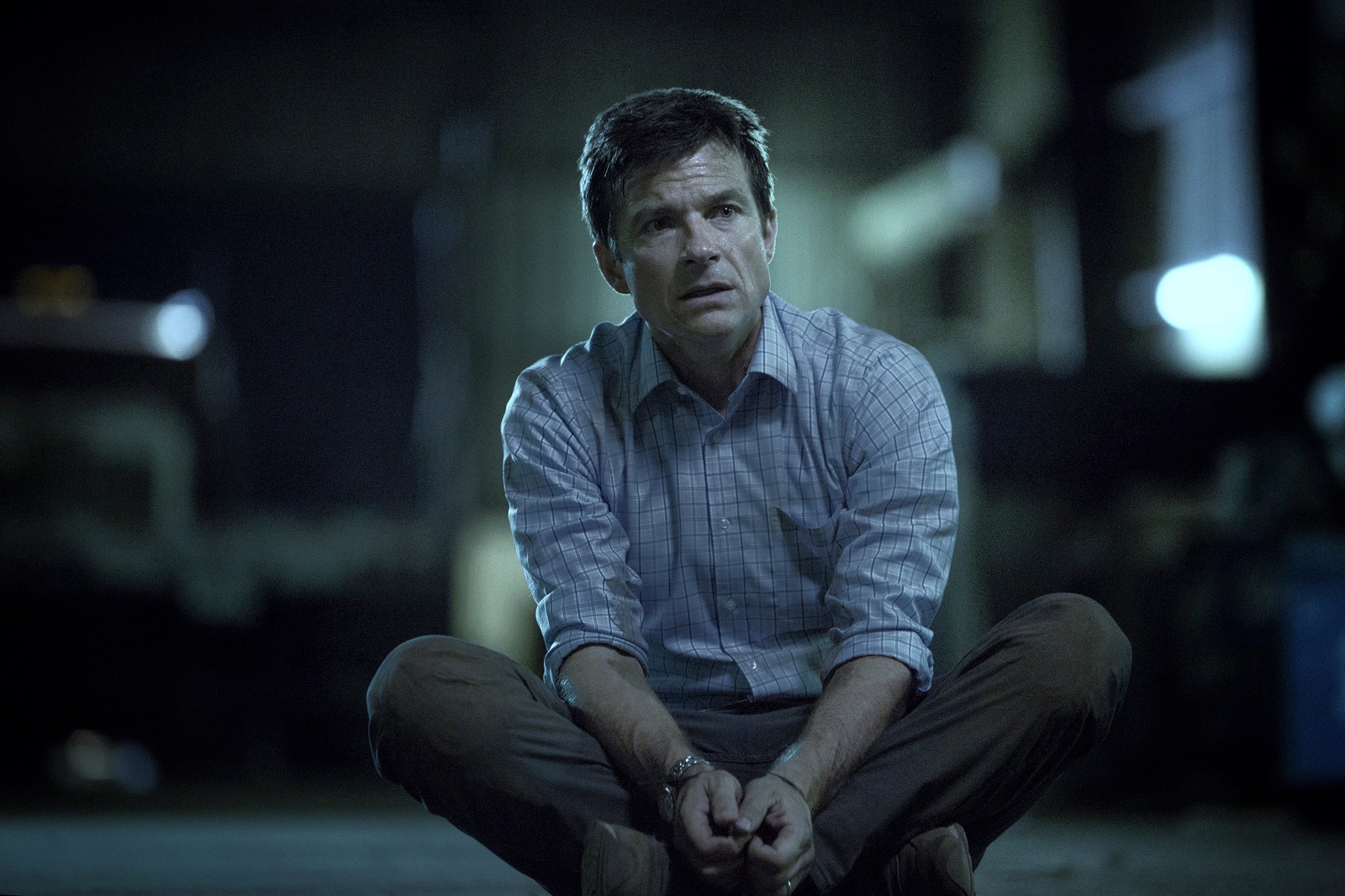 He does it so well -- and so fully -- that he's a producer on the show and the director of its pilot episode. He plays a Chicago stockbroker in  a firm whose real business is laundering money for a Mexican drug cartel. When a lot of that money is discovered skimmed off the top, his guilty partners find themselves very dead under well-directed circumstances and Bateman has to schlep his family to an Ozark land development to find another way the cartel can launder its filthy money.

As if he weren't having enough business problems, his marriage is kaput. His wife (Laura Linney) was having an affair with a solicitous older fellow who was hurled out of a skyscraper window by the chief Mexican mobster making a point about his lack of patience with errant behavior. It was written by Bill Dubuque and Mark Williams who did the eccentric and underrated Ben Affleck action movie "The Accountant."

Bloodline: Sissy Spacek returns! In a TV series co-starring Sam Shepard! That was a big headline for me before Shepard's demise. The show is about a boringly troubled resort family in the Florida keys who don't begin to be worthy of the participation of either Spacek or Shepard, not to mention Kyle Chandler as the show's star. What all these new forms of television, though, continue to display is how many new forums for television there are and how many wonderful performers can be lured to them.

Unfortunately, the only people worth anything in "Bloodline" are in front of the camera. None of them were involved behind the scenes.

Joan Didion: The Center Cannot Hold: A biographical documentary about the great American writer concentrating on the moment when Vanessa Redgrave played her on Broadway in a dramatic version of her book "The Year of Magical Thinking." There are abundant interviews with the aged writer herself. Her way of moving her hands as she speaks in old age, will strike you as appealingly odd or distracting. It is all conveyed with a maximum of love by the filmmaker for a simple reason: The film was made by actor/writer/director Griffin Dunne, who is Didion's nephew by marriage. In other words, Dunne's father Dominick was the brother of Didion's life partner John Gregory Dunne, until his sudden death of a heart attack at the exact same time that her daughter lay in a hospital bad gravely ill with a ravaging infection. 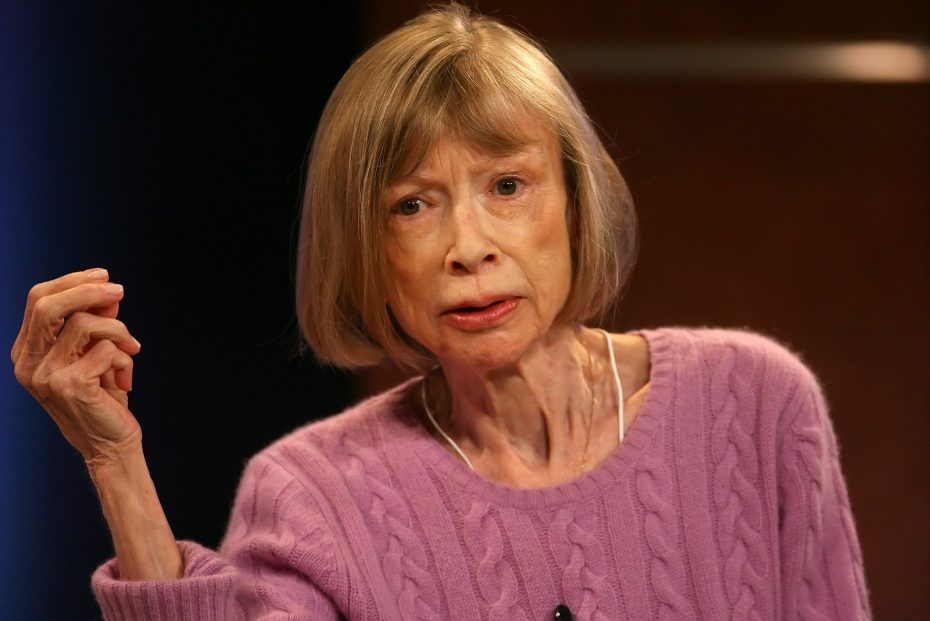 The loss of Didion's entire immediate family was the subject of her last two books for obvious reasons. Her whole life, professional and personal, is lovingly considered by her talented nephew. It's nice to see a film documentary where love is the only point of its revelations.

The obvious trouble with the humongous pile of "indiscriminate programming" now visible everywhere in television is that it requires much larger forces than ever to discriminate between what's good and what's mediocre (not to mention legendarily bad, a la "Bright.")

Smart, insightful, dedicated movie and TV critics have never been needed more in America but the digital world has made them scarcer than ever. The result is that an amazing era full of stuff no one ever imagined (genius AND garbage) has a horde of commenters on the Internet with very little to say that anyone will ever remember.

So much of it deserves so much better.