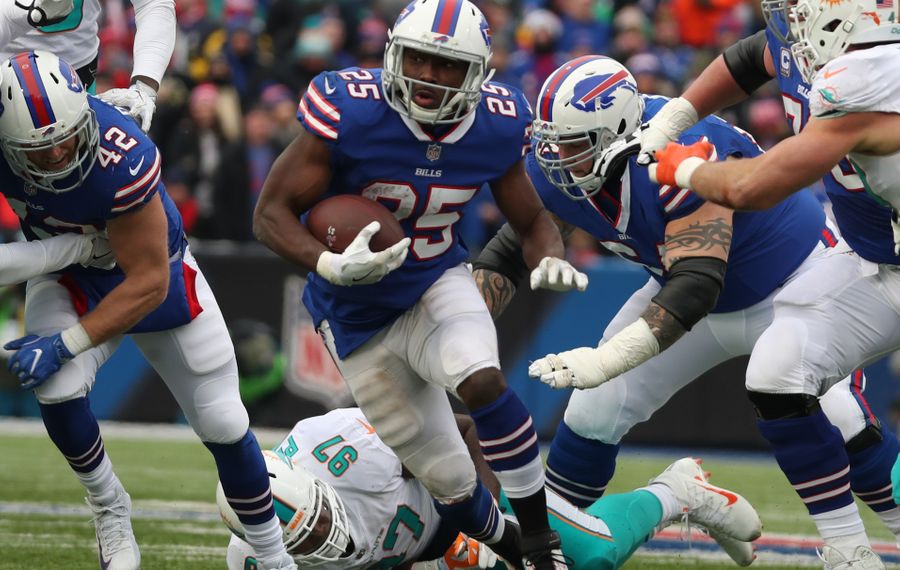 It seemed like a bad fit from the start: Rick Dennison's wide-zone-blocking scheme for the run and an offensive line that didn't have the experience or the right kind of athletes to make it succeed.

Dennison didn't use the concept exclusively through his one-and-done season as the Buffalo Bills' offensive coordinator. However, he used it enough to create at least some discomfort for the linemen, whose overall size and strength made them better equipped at gap and power blocking rather than the horizontal movement that zone blocking requires to create cutback lanes for the running back.

Guard Richie Incognito, for one, spoke out early in the season about the challenges of learning and adjusting to zone blocking, saying, "It's incredibly difficult. … We all need more reps in this offense, because we're coming from a system that (zone-based running) was featured very little in." He wasn't only referring to the linemen. He said running back LeSean McCoy needed to get used to it as well.

The Bills did manage to finish in the top 10 of the NFL in total run yards, so their ground attack was far from a disaster. Still, after back-to-back seasons of leading the league in rushing, the fall to sixth was more than a little discouraging, and it was likely on the list of reasons that led coach Sean McDermott to replace Dennison with Brian Daboll.

What sort of approach will Daboll take to blocking for the run?

He has yet to speak with the media since his hiring last Sunday but is expected to do so during next week's Senior Bowl in Mobile, Ala. 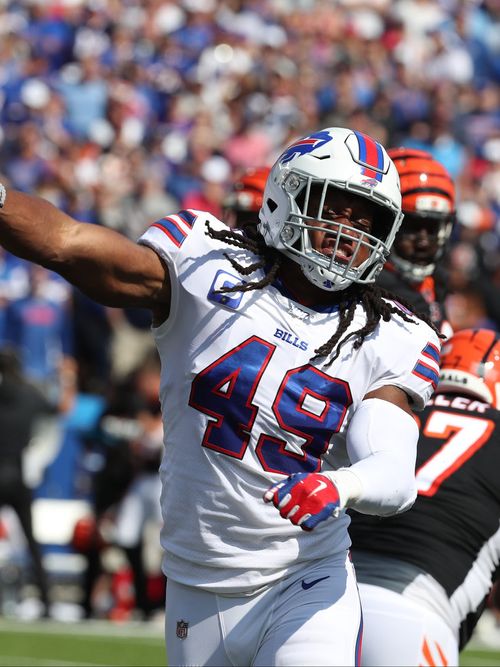 ORLANDO, Fla. -- Derrick Henry had one very distinct memory of Tremaine Edmunds.“Big as hell,” the Tennessee Titans’ star running back said Thursday of the Buffalo Bills’ second-year linebacker. “He was big as hell.”Henry and Edmunds crossed …

Projecting the next great edge rusher is an art form for Bills scouts at Senior Bowl Wed, Jan 22, 2020

What is known about Daboll's coaching history is that there will be variety when it comes to run-blocking, because it's a staple of the coaches who have had the greatest influence on Daboll's career: Bill Belichick of the New England Patriots and Nick Saban, for whom Daboll worked as offensive coordinator at the University of Alabama last season and with whom he served as a graduate-assistant coach at Michigan State before entering the NFL on Belichick's Patriots staff in 2000.

Daboll figures to utilize a good deal of gap and power blocking, because they're the best fits for the core personnel with which he's likely to be working, at least for the 2018 season.

With gap, most of the linemen are blocking down, which means moving in the direction of the center, while a pulling guard, tight end or fullback delivers a kick-out block to push the force defender toward the sideline. It amounts to a series of one-on-one blocks and a two-on-one at the point of attack. Gap also lends itself to more trap-blocking, something at which Incognito excels.

With power, double-team blocks can happen at the point of attack or simultaneously outside and inside. They also can happen in concert with a kick-out block.

Daboll isn't opposed to incorporating some zone-blocking elements because they, too, have been part of the scheming he has learned from Belichick and Saban. However, Daboll doesn't share the same deep roots in that scheme as Dennison did as a disciple of Mike Shanahan and his long-time offensive line coach, Alex Gibbs.

McDermott's evaluation of his entire coaching staff would figure to apply to how the team handles the ground attack.

It's reasonable to think McDermott will be reviewing the work David Culley is doing as a first-time quarterbacks coach in the NFL, given that the Bills were next-to-last in the league in passing offense. It's also reasonable to think McDermott would do the same with offensive line coach Juan Castillo, although the two have a long and close relationship dating to when they both were on Andy Reid's Philadelphia Eagles coaching staff.

Castillo has had more experience coaching gap- and power-scheme blocking than the zone variety, which would likely do more to improve the chemistry he has with the linemen — chemistry that was strained at times.

Though the Bills' priority in hiring Daboll is to improve a woeful passing game, offensive balance remains critical. To achieve it, they must also find a way to be consistently effective on the ground.

And to do that, they need to employ a scheme that offers the greatest chance of bringing out the best in all of the linemen from the very start of the season.