BURBANK, Calif. — After writing a column about "This Is Us" Monday, I headed to the Burbank airport to catch a flight to Las Vegas, the first leg on my trip home.

What were the odds that I would run into a star of the NBC series on my flight? And were the odds greater that we would have aisles seats across from each other?

But there I was Monday afternoon sitting across from Justin Hartley, who plays Kevin. He was headed to Vegas to film an episode.

A short time earlier, I recognized Hartley as he looked at messages on his cell phone, introduced myself as a television critic and told him "This Is Us" is one of my favorite programs.

I added as a critic I often get episodes to review via NBC's streaming, which can freeze at times, which upsets me and my girlfriend. But I added when an episode recently froze on his face for about a minute, my girlfriend said, "That's OK. No rush."

The handsome actor smiled. He couldn't have been nicer in our brief conversation. I thought that would be it. 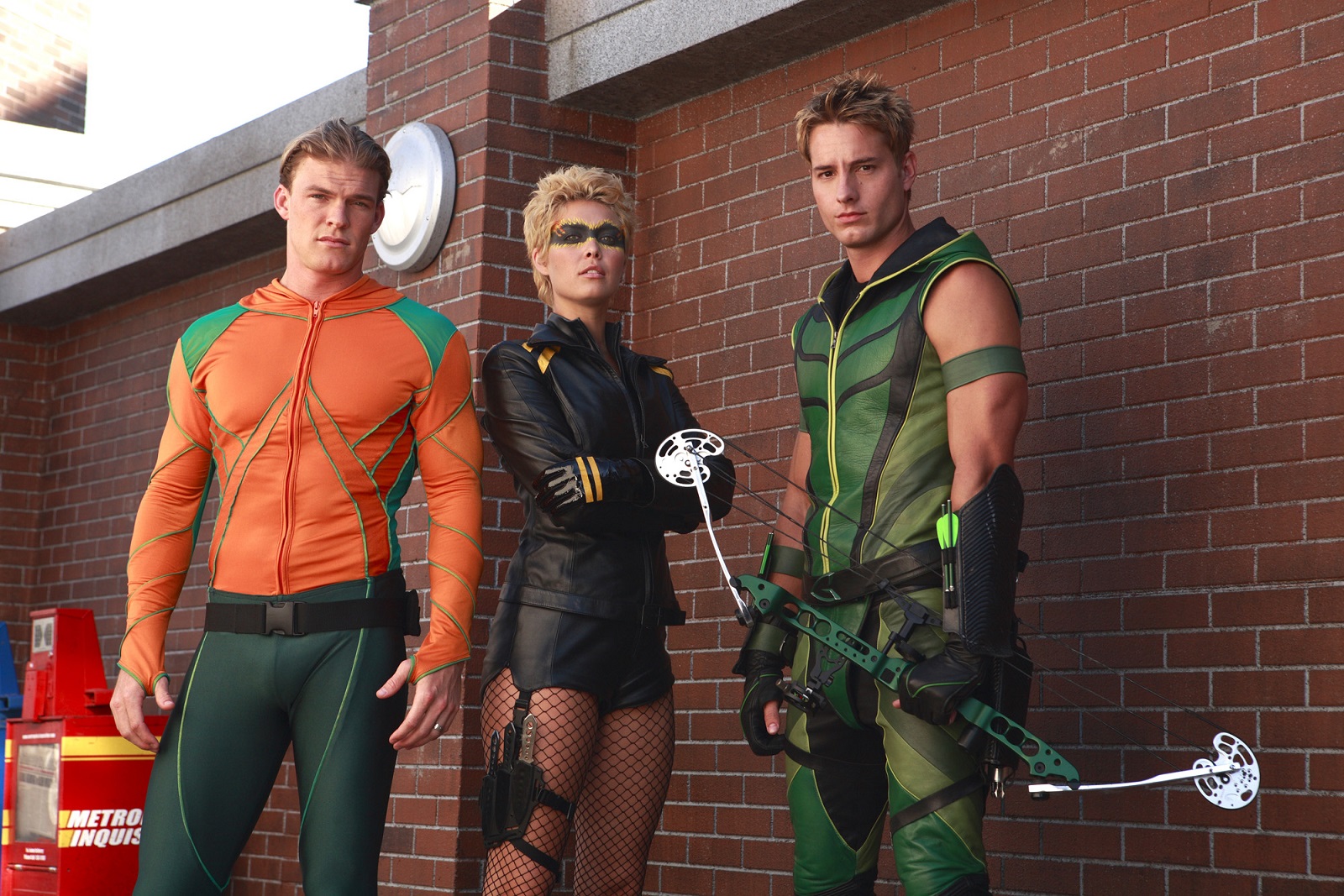 It was a Southwest flight without seat assignments. I didn't plan to sit across from him. Honest. I just planned to take the first aisle seat, which happened to be across from him.

Having already introduced myself, I decided to gauge his interest in talking by using the universal language -- sports. I asked him if he saw the Minnesota Miracle play in the Vikings' last-second playoff victory over the New Orleans Saints.

He said he was in a bar with his wife when the satellite feed went off just as the play occurred. That exchange led to an hour conversation about his career, sports, politics, movies, television and just about everything but storylines in his hit series. I didn't want to go there.

Besides, I know his character, Kevin, is on the road to recovery from his addiction problems and viewers are soon going to discover how Kevin's father, Jack Pearson (Milo Ventimiglia) died.

I haven't had a conversation like this with any actor since I interviewed George Clooney before the premiere of the show that made his career -- "ER."

It wasn't an interview in the traditional sense. I normally prepare by researching a subject. I also didn't take notes, which would have taken away from the casual nature of the discussion.

But I can report that Hartley seemed like a regular guy who couldn't have been nicer to anyone who approached him. He smiled when the flight attendant told him she switched her work schedule from Tuesday to Monday so she could watch his show. Before getting on the plane, he patiently allowed fans to take photos with him.

I should have known he hasn't let success go to his head. I mean he took a Southwest flight.

And he actually told me his age, which is something many actors wish to hide. He is 40, several years older than I would have guessed. 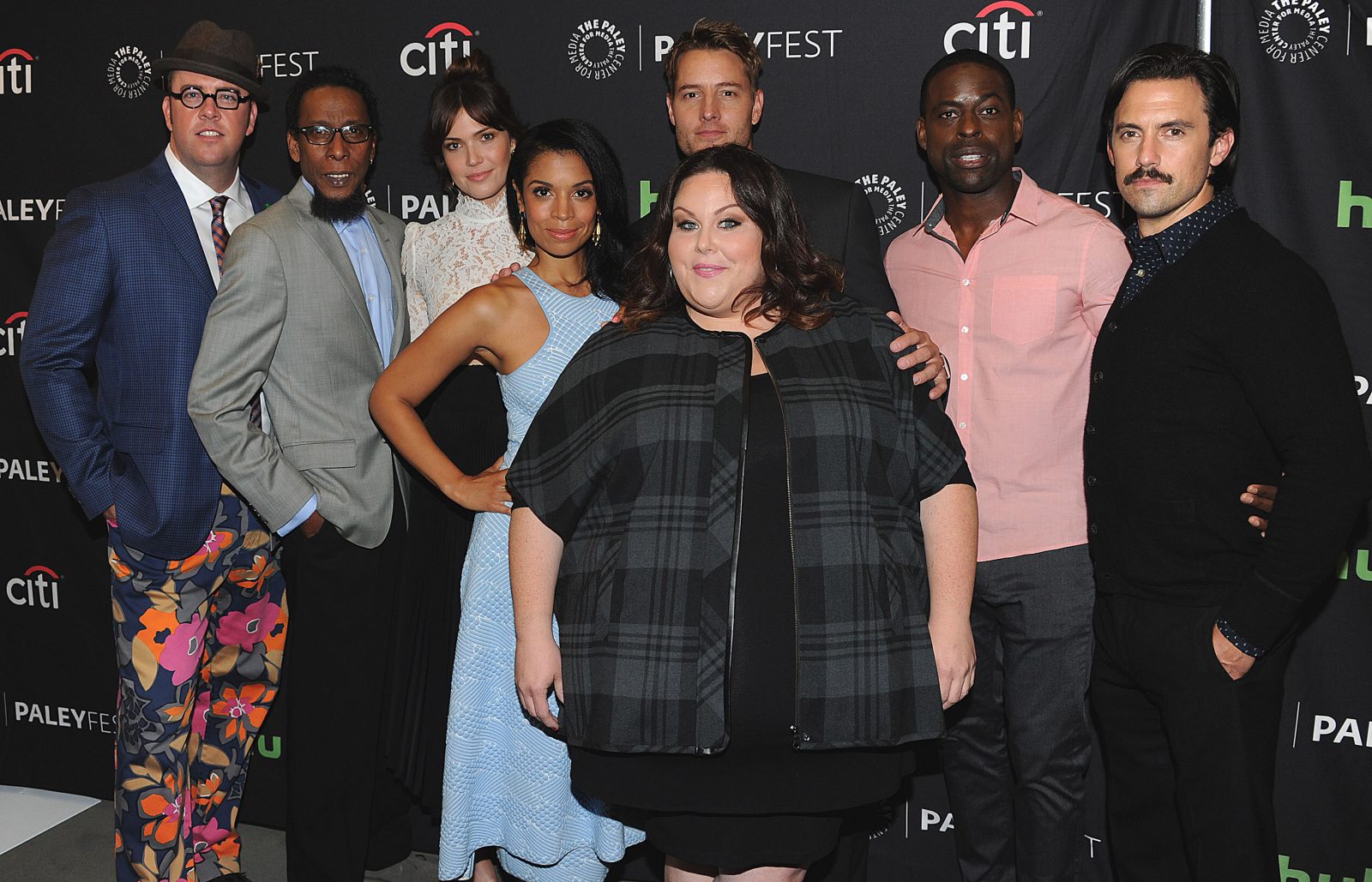 The cast of "This is Us" appeared at 2016 PaleyFest Fall TV Previews in September. The show has been a ratings hit in WNY. (Scott Kirkland/PictureGroup/Sipa USA/TNS)

His age came up in a football conversation. He is from the Chicago area and a Bears fan. When I said the Bears had a tough year, he said they've had decades of bad years. When I reminded him I live in Buffalo and suggested it is hard to sympathize, he reminded me at least the Bills made four Super Bowls.

I reminded him the Bills lost them all. I should have added at least Bears fans will always have the 1986 Super Bowl victory. But I forgot.

When he told me he attended Southern Illinois University, I didn't forget that was the school where one of my basketball heroes growing up, the New York Knicks' Walt Frazier, came from.

Hartley said he recently went to a Knicks game and saw Frazier, who is a Knicks announcer. He wanted to tell him that they had something in common, but he didn't have time.

We moved on to discuss his career, which is reminiscent of Clooney's career. Like Clooney, Hartley appeared in several failed pilots. He went over each failure in succession, including "Aquaman" (he was the lead) and "Damaged Goods," and in Clooney fashion added a joke about each one.

He mentioned he was in a short-lived CW series, "Emily Owens, M.D.," which I remembered starred Meryl Streep's daughter, Mamie Gummer, and lasted 13 episodes. When I told him I thought it was a good show on the wrong network, he said a loud "thank you."

He was on the CW series "Smallville" for five years and was in the third season of ABC's "Revenge," which was one season more than I watched.

He was a regular on the soap opera "The Young and the Restless" and initially balked at considering "This Is Us" before being convinced to try out for Kevin because he liked the part and shooting in Los Angeles would enable him to be there for his teenage daughter from his first marriage. He told me he recently remarried, which I would have known if I had time for research.

I apologized for taking up so much of his time. But he said it was fine and we continued to talk, and he asked me what I watched.

I told him his show and "Blue Bloods" are the only two network shows I watch regularly. He noted Tom Selleck is ageless.

When he asked if I watched "Game of Thrones," I told him I did, primarily because it was one of the ways I bonded with one of my sons.

He asked if I liked the NBC comedy "The Good Place." When I said I'm not a fan, he said he asked because he is friends with one of the stars.

At this point, I asked if he minded if I wrote something about our conversation. He said he didn't mind and added "thank you for asking."

Then we moved on to politics. He asked if I had read the controversial Michael Wolff book about the Trump administration, "Fire and Fury." I hadn't. He said he is halfway through it and it reads like a novel, which I assume may be why it might become a TV series.

Then it was time to play Siskel and Ebert. He asked if I had seen "Three Billboards Outside Ebbings, Missouri." I told him it was my favorite film at the Toronto International Film Festival and we agreed that actor Sam Rockwell was amazing in it.

We both loved "The Shape of Water," a love story I enjoyed in California a few days earlier.

When the plane landed, Hartley gave me his email address so I can send him this story.

At that point, I felt so lucky to get to know him that I thought of placing a bet during the layover in Vegas on the Super Bowl winner.

But I wisely took my winnings and went home.

Alan Pergament: It's so easy for families to relate to 'This Is Us'