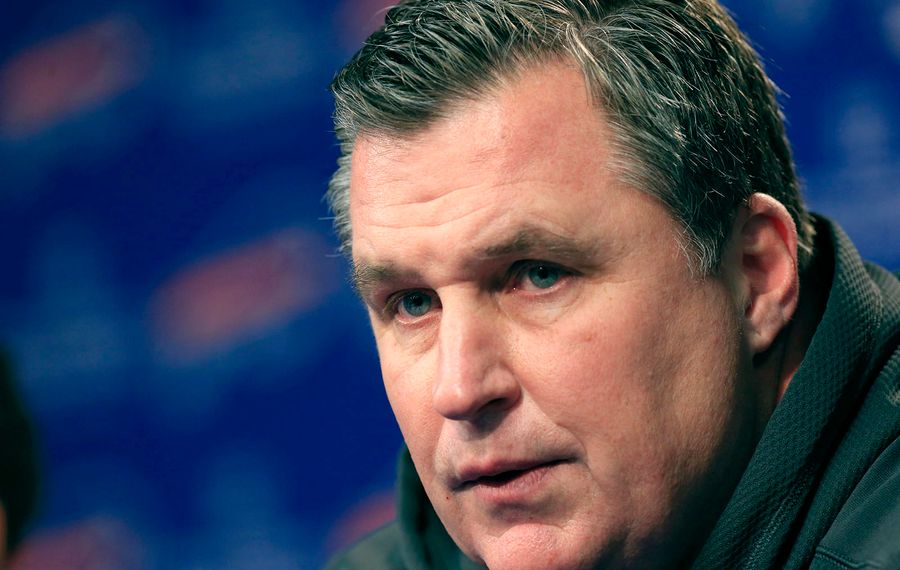 Jacksonville coach Doug Marrone will see two of his former players from the Bills who are now with the New England Patriots in Sunday's AFC Championship Game – wide receiver Chris Hogan and cornerback Stephon Gilmore.

Undrafted wide receiver Chris Hogan made his NFL debut for the Bills in 2013, which was Marrone's first year as coach, and spent three seasons with the team. He signed with the Patriots after the 2015 season.

"I’m a huge Chris Hogan fan,” Marrone told reporters, according to NESN.com. “He came (to Buffalo as) a free agent, and I know when I was there with the offensive staff – and even the defensive coaches – we loved him. We were getting him in there and getting him ready, and he did a great job for us on special teams. That was a way for us to get him up on the roster, and then he did a great job developing into an outstanding receiver."

Hogan has battled injuries but returned last week against the Titans and is expected to start.

“It was great to see him up there (in New England),” Marrone said. “I’m not surprised about his production or anything of that nature, because he has shown that before. I can’t say enough about that kid. I love him.”

Gilmore was a Bills first-round pick in 2012.

“I know that for us, he was very physical,” Marrone said. “He was able to get his hands on you. He’d be able to shut you down. In our (third)-to-last game in Green Bay (in 2014), he played an outstanding game against Jordy Nelson, who’s obviously Aaron Rodgers’ big target. He was a big reason why we won that game. He can take someone out of a game, and he can lock somebody down. …

“He wanted to be the best, and you see that in his play. He’s one of the best corners out there.”