The senior finished with 24 points, reaching the milestone early in the third quarter on a feed from classmate Kyle McNeill to the low post as the Lumberjacks went on to a 64-31 home win.

Making the day even more memorable for Book, NT coach Ryan Mountain arranged for three other members of the exclusive club to be in attendance.

For accomplishing this feat in just 54 games, the least amount needed of the five players to do so, Book has been named our Prep Talk Male Athlete of the Week.

Coach Ryan Mountain on Book: "I nicknamed Trevor 'The Assassin' his sophomore season because of his range and accuracy as a shooter. Since then, 'The Assassin' has been a fitting nickname as Trevor has progressed into an elite all-around scorer who attacks our opponents anywhere and everywhere on the court. Trevor has such versatility to his game beyond his textbook jump shot. He can score coming off screens, off the dribble, in the post and above the rim. Our opponents may even do an excellent job containing him but he quietly finishes with over 25 points, often scoring on offensive rebounds and steals.

"Trevor has that Larry Bird/Michael Jordan competitive fire within where he absolutely hates to lose at anything.  He understands that the great ones prepare when no one is looking and that success is not a sometimes thing. Trevor is all about the team succeeding. He is selfless, has great toughness, and he understands the value of investing in our team and uniting our team through servant leadership. Trevor's character is an excellent representation of THE NT WAY beyond his talent, and we are blessed to have him as a member of our team."

How has your season gone so far?: Even though we have had a couple games postponed due to weather, our season is going great. We're 8-2 and we won the Amherst Tournament over Christmas break. My current stats are 26.1 points, 8 rebounds, 3.2 assists, 2.3 steals and 1.5 blocks per game.

Highlight of athletic career so far: So far, I'd have to say the highlight of my basketball career came last year when we won the Section VI Class A title and made school history. It was so great sharing that with all my teammates, who were like family to me.

Favorite thing about my sport: What I love most about basketball is the intensity of it. I especially like playing against really tough opponents. It helps me up my game. 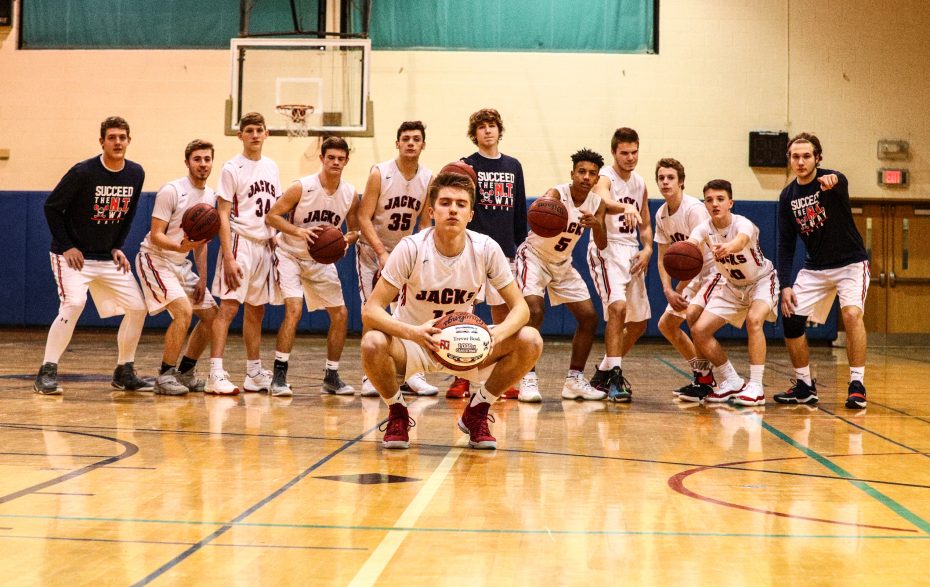 Favorite teammate: I don't have just one favorite teammate. Each of my teammates has their own strengths, we're all good friends and trust each other. I'm impressed at how the younger guys have adapted so well to varsity.

WNY Athlete I looked up to: One WNY athlete I've always looked up to is my older brother, Donovan. He played three years of varsity basketball and volleyball. Both those teams were among the strongest NT ever had. After his senior year, we watched their film as a team and were all reminded how strong and athletic they were and what great team chemistry they had. It means a lot that he's been there to cheer me on for many of my career highlights.

Pro/college athlete I admire now: The NBA player I admire the most is Steph Curry. He's the greatest shooter of all time and is an excellent team leader.

Favorite school subject: In school, math has always been my favorite subject. I plan to study accounting and business in college.

What’s ahead (athletics and/or academics): My goal is to play college basketball at the highest division possible. I look forward to working on my game for the next four years and beyond.