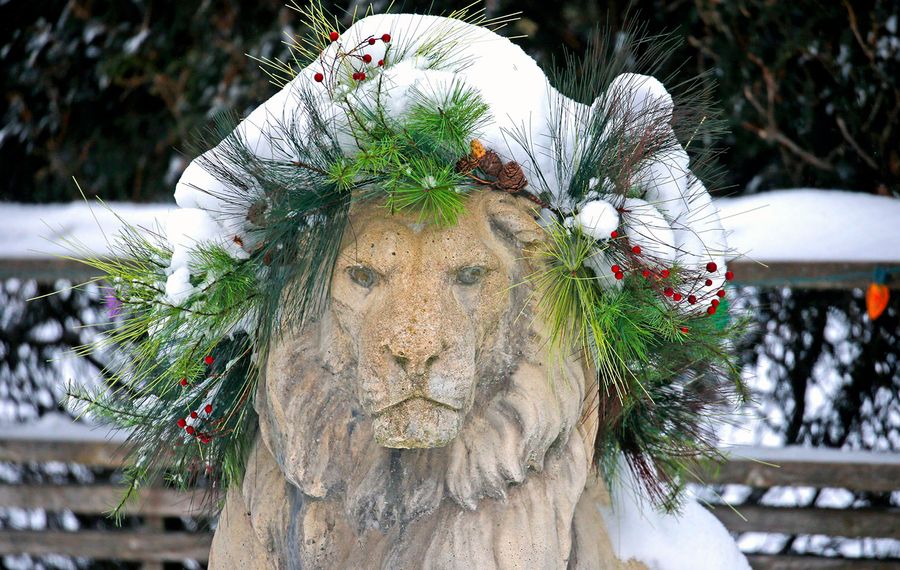 We thought the lake-effect snow season was over.

An unexpected round of lake-effect snow pelted metro Buffalo most of Wednesday. It snarled traffic, aggravated motorists and padded the city's seasonal snow total by several inches.

It wasn't one for the books by Buffalo's standards. But the fact it happened at all came as a bit of a surprise.

It even won admiration from forecasters.

"Against all odds, lake-effect snow continues to over-achieve this afternoon," the National Weather Service said.

It's happening again today. The weather service says up to a half-foot of snow is possible in metro Buffalo.

Lake Erie is 91 percent frozen. Only a patch of unfrozen water between Dunkirk and Long Point, Ont., remained, according to the Great Lakes Environmental Research Laboratory.

A cold southwest flow of air picked up moisture from that few hundred square miles, and grabbed heat through cracks in the ice and a thin ice cover on the lake.

"The ice on the lake is still fairly thin," said Dan Kelly, a weather service meteorologist. "There are cracks on the ice, and you can still transfer that moisture and that heat."

"That's the deepest part of Lake Erie," said Tom Niziol, the winter weather expert at The Weather Channel. "(It's) always the last to ice over and historically can produce some surprising lake-effect snow amounts."

Wednesday was one of those surprising days.

Late Tuesday, forecasters said some lake-effect snow was possible but believed it would be insignificant because of the vast ice coverage on the lake. 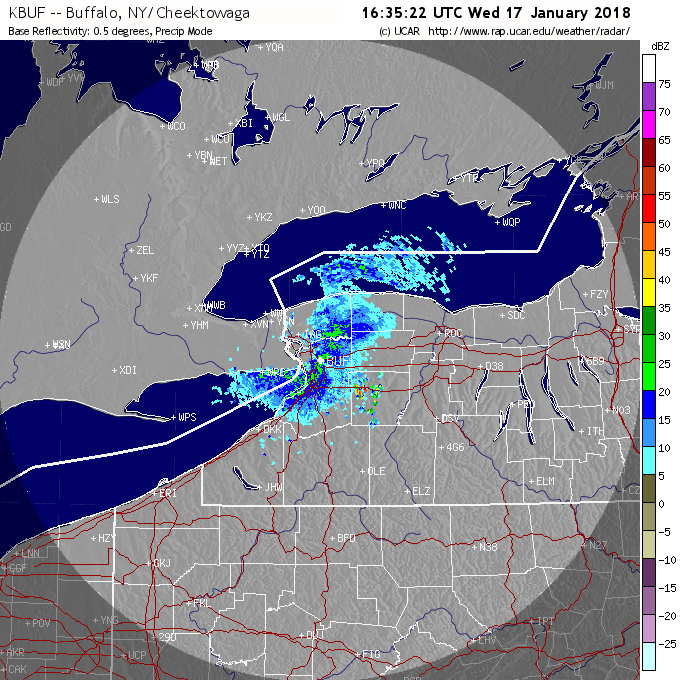 A band of lake-effect snow impacted an area from Angola to Albion on Wednesday, including metro Buffalo, as shown in this radar image from about 11:30 a.m. Several inches of snow were reported. (National Center for Atmospheric Research)

That changed overnight. A lake-effect band set up over metro Buffalo, making the morning commute hairy. The band stayed in place most of the day.

"This does happen occasionally," said Jon Hitchcock, a meteorologist at the National Weather Service. "With this much ice on the lake, everything has to happen just right."

Something else amazed meteorologists. The snow bands developed in the midst of significant wind shear.

Normally, that will tear a lake-effect snow band apart.

"In this case, it's not happening," Hitchcock said.

Hitchcock went on later Wednesday to call his shot for Thursday.

Although computer weather models called for no snow in Buffalo, Hitchcock penned in the weather service's late night discussion that there would be.

"Mesoscale models are for the most part showing little or nothing," Hitchcock said. "But then again, that was not the case today as well."

He added: "The model guidance is likely not handling the impacts of thin ice cover appropriately."