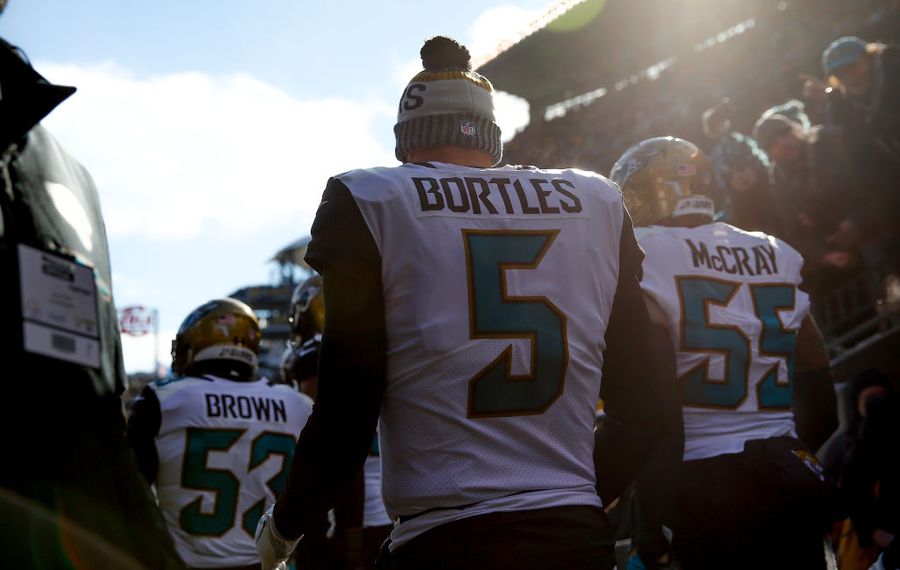 Fans just keep paying it forward. Bills fans donated to Andy Dalton's and Tyler Boyd's foundations after their late touchdown helped the Bills get into the playoffs. Now Bengals fans are following up with something similar, donating to the charity of Jaguars quarterback Blake Bortles after his team knocked the Steelers – the Bengals' division rivals – out of the playoffs.

Donations had reportedly topped $5,000 as of Tuesday.

"The response has been overwhelming, thanks to your act of kindness," the Bortles Foundation tweeted to a Cincinnati radio host. "We are so excited to put these donations to use." The foundation supports individuals with intellectual and developmental disabilities, as well as first responders.

Zay Jones tweets that shoulder surgery went well: Jones, the Bills' rookie receiver, had surgery this week on his shoulder labrum. "Coming back even stronger!!" he tweeted.

Live from the Shrine Game: Jay Skurski is in Florida this week reporting from one of the various college all-star games, the Shrine Game. Tuesday, Pitt receiver Jester Weah revealed how much he missed playing with Bills' backup QB Nathan Peterman after the duo put up big numbers together, and Fordham running back Chase Edmonds spoke about shaking the stigma of coming from a small school. Meanwhile, the nephew of Erik Flowers – the infamous Bills bust – is hoping a good showing at the game will shoot him up draft boards.

PFF's breakdown of Tyrod sounds about right: Pro Football Focus said Tyrod Taylor lacked "big-time throws" but had a low "turnover-worthy play" percentage. Yeah, that's accurate. The Bills were the only team in the league without a 50-yard passing play.

Who do Bills fans hate more, Bill Belichick or Doug Marrone? I mean, hate is a strong word. I would encourage you to remove hate from your hearts. But which man has wronged Buffalo more? Belichick has beaten the Bills the most, but that was his job. Does that make him hateable? Doug Marrone literally sold out and took $4 million to not coach the team, but you'd imagine something had to be going on internally for him to give up a job there are 32 of in the world. Marrone knocked the Bills out of the playoffs this year, but Belichick has lorded over the division for years. How can you choose?

Tre'Davious White says the Bills are "going to be hell for the rest of the league": White earned the highest grade among first-round draft picks by Pro Football Focus.