After college, Maura and Charles Winkler had their sights set on bigger things. With a degree from Canisius College in biology, Maura had plans to become a doctor, and Charles wanted to use his MBA from Canisius to get into the business world. Having both lived in Buffalo their entire lives, they wanted to take those next steps in a big city.

So in 2011, they moved to Chicago. Maura began her education at Loyola University, while Charles accepted a job with Sonoma as a software sales executive.

They spent the next six years in the Windy City, and while they enjoyed it, living there reminded them of everything they missed about their hometown, and they longed to get back to the Queen City.

“We both knew at some point we would be making our way back, but didn’t have an official plan,” said Charles.

During their time in Chicago, they added two children to their family, Aila (5) and Bodie (20 months), and Maura eventually transitioned her education to pursue midwifery. She did an accelerated program of nursing school at the University of Illinois Chicago, then moved onto the midwifery program full time for two years. During that time she also owned her own doula agency.

By May 2017, Maura was graduating and the Winklers had to make a decision about whether or not they wanted to stay in Chicago, or move back to Buffalo so she could start her own practice.

At this point, they had settled in Oak Park, a suburb of Chicago that Maura describes as being very similar to the Elmwood Village.

Love most about Buffalo: Such a friendly city, less stress

Miss most about Chicago: Public transportation, IKEA and some of the other big stores, REI

And while both she and Charles loved living in Chicago with its major chain stores and big city offerings, they felt a pull back toward their hometown.

“I honestly always loved the small-town feel of Buffalo,” said Maura, noting how friendly people are in the City of Good Neighbors, like when you go to the grocery store and everyone smiles at you. “Chicago doesn’t have that small city kind of feel that we love about Buffalo.” 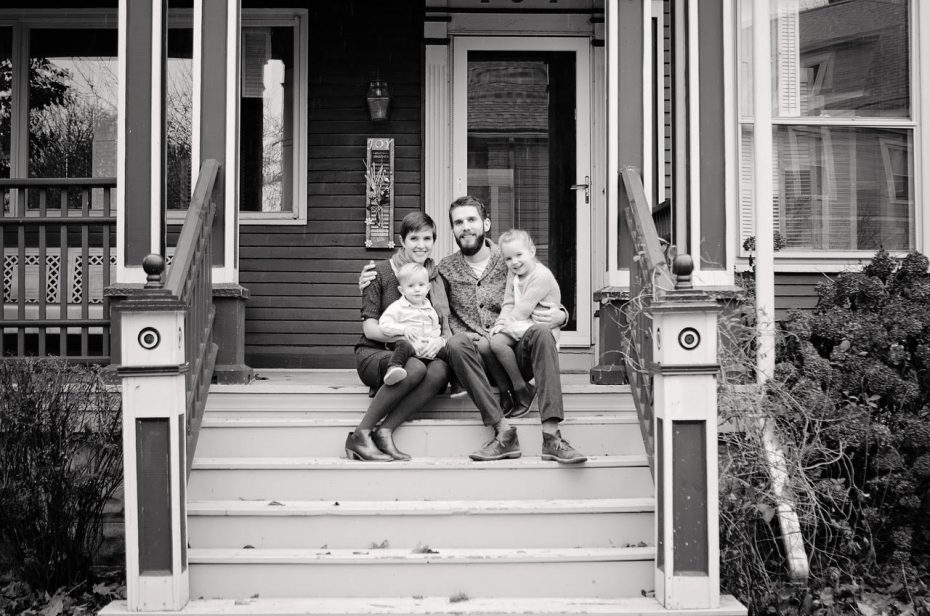 Charles and Maura Winkler, with daughter Aila and son Bodie at their home in the Elmwood Village. (Photo courtesy Maura Winkler)

With two young children, they longed to be closer to family, and live in an area with a lower cost of living.

“We knew that having the support of family would make life a lot easier,” said Maura.

“It’s much easier and more affordable to have a family here.”

They also admit that the renaissance Buffalo has seen in the past few years was a big part of the appeal.

“We saw this amazing revolution that was happening, especially in the city. We were more attracted to live here than we had ever been previously,” said Maura. 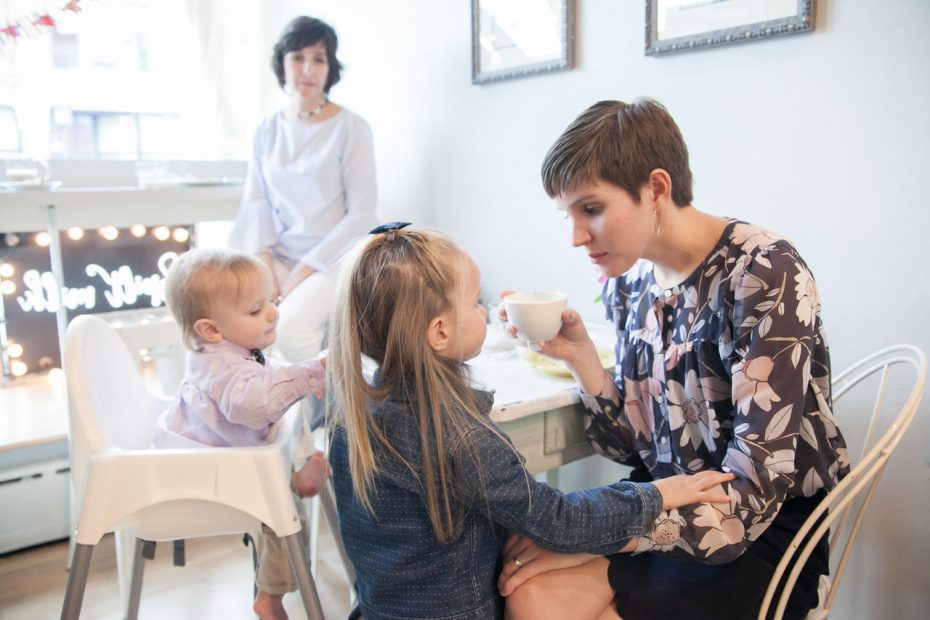 Maura Winkler with her children, Bodie, left, and Aila, as her mother, Jill Kaczor, of Orchard Park, looks on. (Photo courtesy Maura Winkler)

Things fell into place for them to move back in May 2017.

Charles was able to stay with Sonoma and work from home, traveling a couple of times a month for business. And because midwifery isn’t as commonplace in Buffalo, Maura was able to set up her own practice, Fika Midwifery.

They have settled in what they say is their dream home in the Elmwood Village, right down the street from the new Children’s Hospital.

They love how everything in Buffalo is 20 minutes away, and that their children are attending the Aurora Waldorf School in West Falls at one-third the cost of a Waldorf education in Chicago. 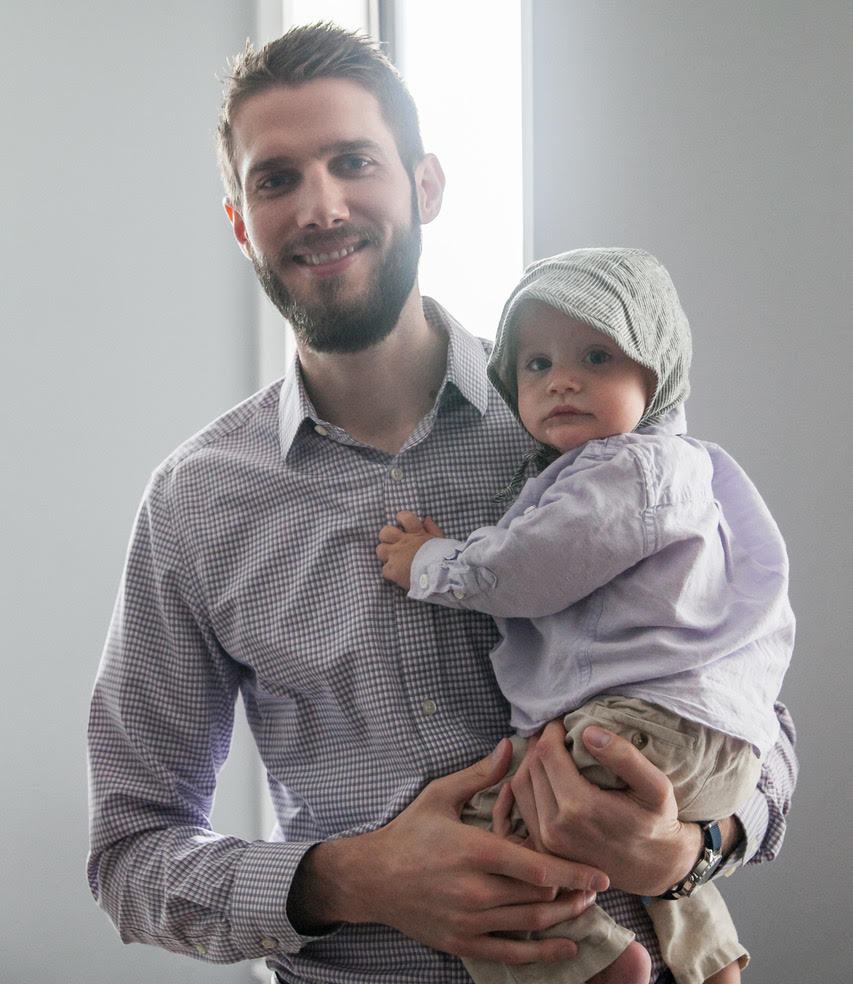 And they don’t miss much about Chicago, especially since Uber and Whole Foods came to Buffalo soon after they moved back.

“Because Buffalo has evolved so much, we have just about everything in Buffalo that we had in Chicago,” said Maura.

The Winklers say they enjoyed their experience living in Chicago. At the time, they were really excited to leave for a big city and be exposed to something different. And they liked that Chicago had such a similar geography to Buffalo, with a downtown that is also right on a Great Lake.

“It was great to live in a place that was entirely different with that big city feel,” said Maura.

But both agree that moving away reminded them of everything they loved about Buffalo.

“The thing we forgot was how easy it was in Buffalo,” said Maura. “All the things on our checklist that we want, Buffalo has them.”

Expats to Repats: There's no place like WNY for these UB grads