A former Amigone Funeral Home in Cheektowaga is being eyed as a potential new medical or professional office building.

An investor group called 1931 Kensington acquired the former funeral parlor and an adjacent office building at 1931-1933 Kensington Ave. from Amigone Ventures, paying $400,000, according to David Schiller of Pyramid Brokerage Co., who helped handle the sale.

The site includes the empty one-story former Sauer-Lynett Amigone Funeral Home and a separate two-story building, which currently has two apartments on the second floor and is home to Tax Consultants on the first floor. It's located just across Concord Place from Tops Friendly Markets, and not far from a couple of drugstores.

One of the buildings has 3,167 square feet, while the other has 7,395, for a total of nearly 11,000 square feet between them. Amigone has another location around the corner on Cleveland Drive.

Steve Kamats, the operating officer who will manage the property for the two investors, said they plan to lease the funeral home space for commercial use, possibly breaking it up for multiple tenants. The original plan had been for a specific doctor's office, because of the large and wheelchair-accessible hallways, but that fell through six to eight months ago, he added.

"We decided we're still interested, and we'd like to do something at that corner because we really like it," he said, noting the business activity and smooth traffic flow, especially after the addition of two traffic circles nearby. "It's easy-in, easy-out, and close to the 33." 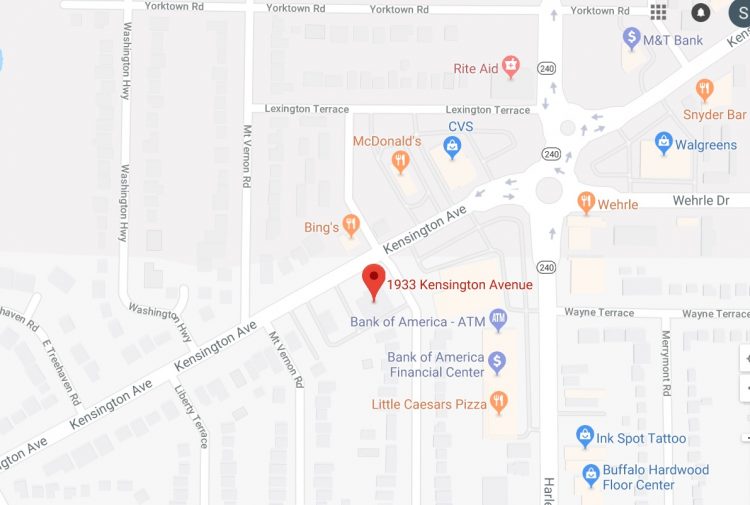 They're now considering lawyers, accountants or other professionals for the space, as well as doctors.

"We wold love to get the place going a bit," he said. "There's so many people around there, and the traffic flows well now."

Kamats, a veteran manager who previously ran medical practices before switching over to property management, said the investors also are eyeing a couple of other buildings in the same area. He cited a building across the street, a former KeyBank branch, as ideal for a restaurant, but said the current owner wants more than the investors are willing to pay.