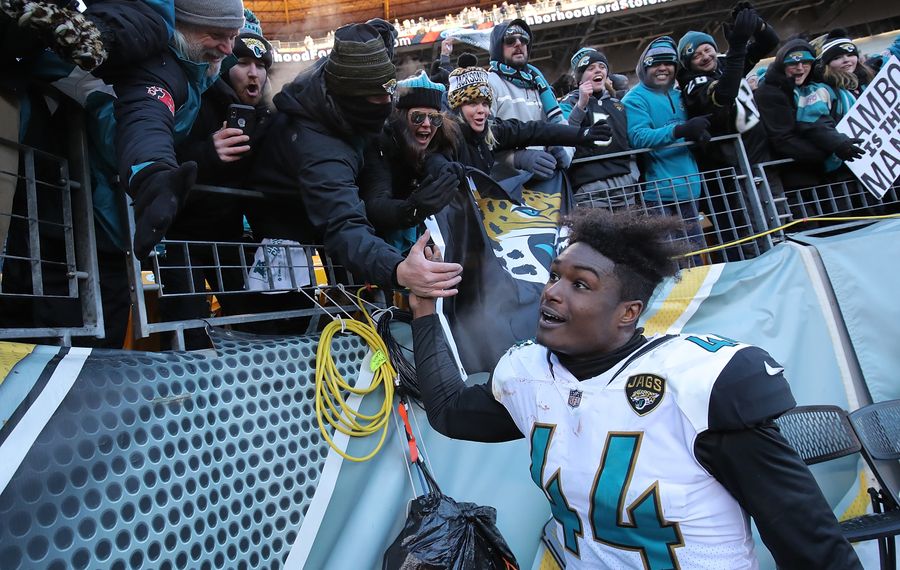 The Jacksonville Jaguars are heading to the AFC Championship Game to face the New England Patriots.

Buffalo Bills fans agonized as the Jaguars beat the Bills, 10-3, in last week's wild-card game. Sunday's Jacksonville victory against the Pittsburgh Steelers was a bit more high scoring with the Jags earning 45-42 win.

Here are some reactions from Bills fans to what they saw while watching Jaguars-Steelers:

Marrone Vs Belicheat. Dislike both!! #GoBills

@buffalobills defense ought to be feeling pretty good at this point after holding Jax to 10 points last week considering what they are doing to the Steelers. #gobills

So about that @buffalobills defense last week.... That and the fade call on 1st and goal at the 1 doesn't seem so bad now that I've see what the @steelers couldn't do twice with Big Ben on 4th and 1. #GoBills #BillsMafia #NFLPlayoffs

This game just shows how good the bills D played week against Jax. Should have won #GoBills

This makes the #Bills performance last week even more respectable...we held #Jags to 10 points in their house. Makes me feel better and like the Bills are on the right track! #GoBills

The only positive thing about the #Patriots win for #Bills fans is that we are not forced to watch a possible Mularkey vs. Marrone AFC Title Game. #GoBills #BillsMafia