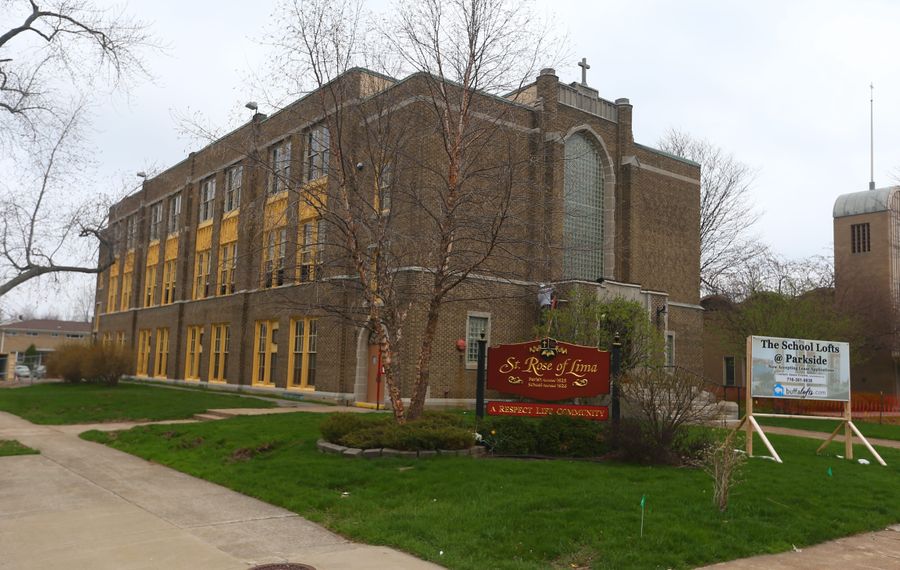 A proposed banquet hall in North Buffalo and a medical clinic on the East Side will be up for review by the Buffalo Planning Board on Tuesday.

Frizlen is seeking an adaptive reuse permit from the city to renovate the 30,000-square-foot school gym at 500 Parker Ave. so it can be used for multiple purposes, including as a catering facility with limited alcohol service. Some of the space would also be set aside for art exhibit space and for five small artists' studios.

The building, a historic landmark, has been owned for over a century by St. Rose of Lima Church, which already uses it for banquets and other events. That use would continue for church-run activities, in addition to the new purposes, according to Frizlen's application.

The Buffalo Planning Board will consider the application on Tuesday and make a recommendation to the Common Council.

Frizlen bought the adjacent three-story St. Rose of Lima School in late 2014, and spent $3.8 million to convert it into 21 loft-style apartments. It's one of three former church schools that Frizlen has renovated.

That 26,000-square-foot project, now dubbed the School Lofts @ Parkside, was completed in 2016 under state and federal historic preservation standards, with a mixture of one- and two-bedroom units. Those apartments have been filled ever since they became available, according to documents submitted to support the application.

Also on Tuesday's agenda, a charitable foundation working on behalf of Jericho Road Community Health Center is asking the Planning Board for approval to combine two properties on Lombard and Clark streets as part of its renovation of a former department store and furniture store complex.

Mosaic 659 Foundation is converting the former Jahraus-Braun Department Store and later Zoltie's Furniture store into medical and office space, including a third-floor clinic for Jericho Road.

The group, formed and led by Jericho board member Mark Herskind of Baillie Lumber, acquired eight connected properties in the Broadway-Fillmore neighborhood in 2016, which contained three- and four-story buildings. The group believes merging the buildings at 243 Lombard and 224 Clark, which share a "party wall," will allow the space to be used more effectively.

Plans call for Jericho Road to provide or contract with specialists to provide family medicine, X-ray and imaging, physical therapy, mental health, pharmacy and OB-GYN services when the new facility opens, currently slated for July 1. The nonprofit said it will add additional services as the practice grows.