PASADENA, Calif. – When Maureen Orth was approached by a producer to option her book, "Vulgar Favors," for a television series, her lawyer wasn't exactly encouraging.

"He said 'you know, Maureen, this isn't worth the paperwork,' " Orth recalled in an interview here. " 'These things never happen.' "

So she hired an agent to do the paperwork.

The result is the nine-episode FX miniseries, "American Crime Story: The Assassination of Gianni Versace," which premieres at 10 p.m. Wednesday and stars Darren Criss ("Glee") as serial killer Andrew Cunanan, Edgar Ramirez as the fashion icon, Penelope Cruz as his sister and Ricky Martin as his partner.

A consultant on the series, Orth has no complaints about the stylish FX production, led by producer-director Ryan Murphy ("Glee," "American Crime Story: The People v. O.J. Simpson.")

"These people are just top notch," said Orth. "I am in the Class A League here."

Orth, who dedicated her 1999 book to her late husband, South Buffalo legend Tim Russert, their son Luke and her mother, addressed how it became a series almost 20 years later. 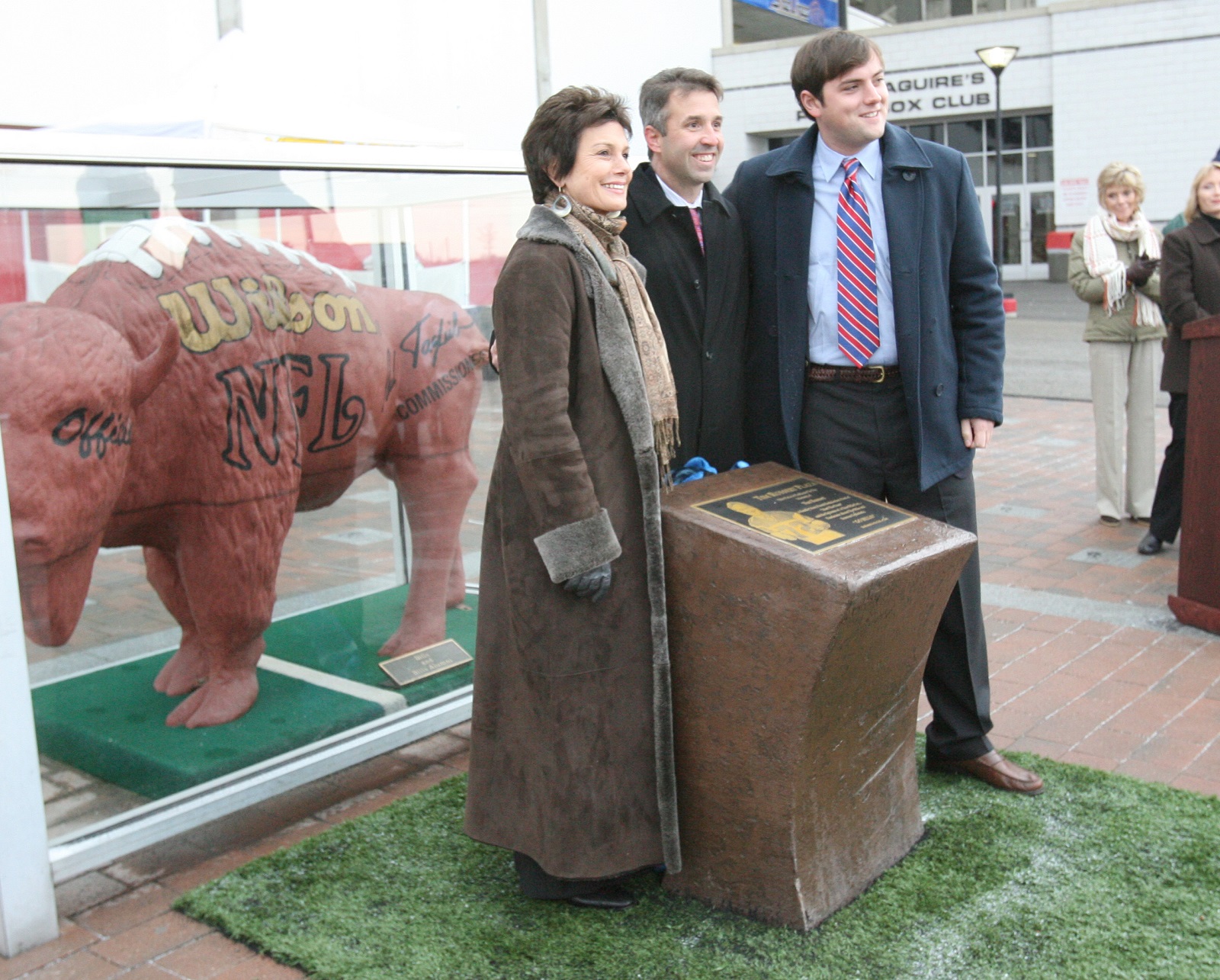 In 2008, Maureen Orth was joined by her son Luke Russert and Russ Brandon of the Buffalo Bills for the announcement that the plaza was being renamed for her late husband Tim Russert. (James P. McCoy/News file photo)

The book, whose title was taken from a Richard Strauss opera, began as a Vanity Fair article that Orth was writing about Cunanan before Versace became his fifth victim in the middle of 1997.

"I saw a picture in the Sunday New York Daily News of a good looking kid in a tuxedo and it said 'serial killer suspect,' " recalled Orth. "And I said, woo, that doesn't sound like the usual serial killer. I had never done a murder story or a crime story before so I thought I would try my hand in that."

"At the time I was doing the article he had not yet killed Versace," said Orth. "He was on the lam."

She believes Cunanan, who knew she was doing the story for his favorite magazine, once called her Washington, D.C. home.

"The very first thing in the book is a phone call that Tim picked up unfortunately and not me," recalled Orth. "It might have been Cunanan. It was some guy asking, 'Is Maureen Orth there? Is Maureen Orth there?' And it was 1 o'clock in the morning and Tim of course, said, 'I think it is that guy,' and instead of handing me the phone, asked him 'Who are you?' And click."

While Vanity Fair was fact-checking Orth's article, Versace was killed in Miami.

"I think Tim was the first person to call and say somebody shot Versace," said Orth. "Somebody said, 'Do you think this might be your guy?"

Orth said the police wouldn't release the shooter's name because they were trying to put together a lineup.

"That was the beginning of all these miscalculations that gave him time to escape," said Orth.

"I had to crawl past John F. Kennedy Jr and his wife and make a pay phone call and ask 'Is it Cunanan?' " she remembered. "I was the only one in the world that knew he actually met Versace because one of his roommates told me. I said to Tim, 'Ohmygod he knows Versace.' They met at the San Francisco Opera."

"At the time it happened, I probably knew more about Cunanan than anybody else in the world," she said. 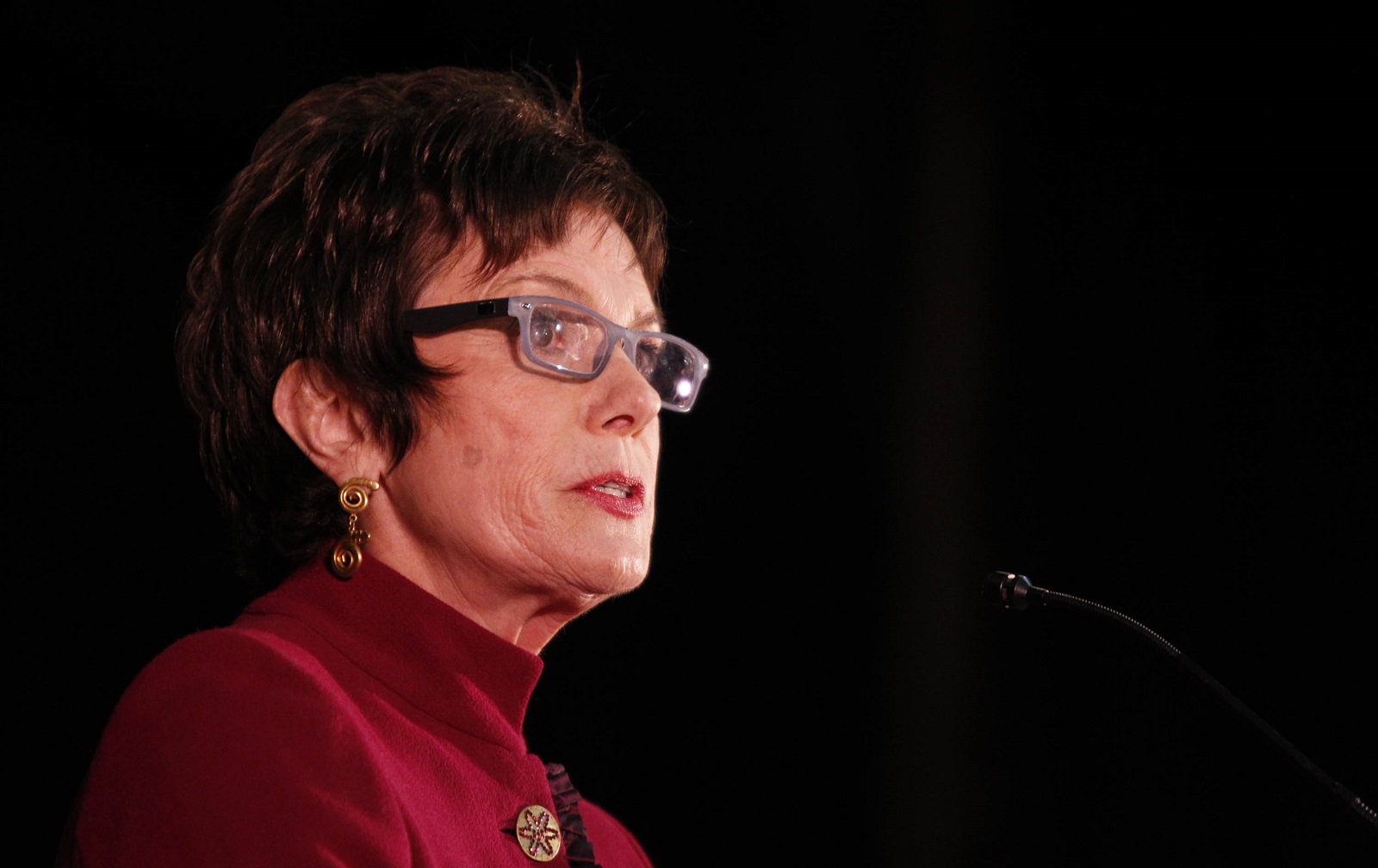 Cunanan's background makes the story more compelling. His IQ was 147 and he graduated from a good school.

"His first victim was his best friend, the second victim was the guy he was in love with and the third victim was the older man in Chicago and supposedly married and very Catholic," she said. "I believe he came to represent all the older men he had had in his life – he was an escort and companion for. The fourth murder was a murder of convenience because he needed the car."

Orth said his stolen getaway car was in a public Miami garage for four of the five weeks he was on the lam and he was living in a flea bag hotel, hustling at night and going to gay discos.

"He always had this obsession about Versace," said Orth. "Because like Versace, Andrew was always gay and out his whole life."

"He was a narcissist, a con artist and liar and he felt extremely entitled. He didn't want to work for a living. And Versace seemed to have everything that he himself felt he deserved. Fame, recognition … I think Versace embodied everything Cunanan wanted to be. However, he wasn't willing to work for it. "

Orth understands critics' question whether this series will prove as popular viewing as the first "American Crime" story about the O.J. Simpson murder case, which she wrote in her book hurt future law enforcement investigations.

"They are completely different," Orth said. "O.J. was far more known to American people than Versace was. It is really comparing apples and oranges. There are equally compelling characters in this tale with very complex lives. This one has a lot of glitz and glamor in it."

She said hopes American viewers get a few things out of the series.

"It shows the pain of being in the closet that was so often prevalent 20 years ago," said Orth. "That is no longer the case as much. The lying and the sadness that was pervasive. Cunanan was able to exploit that and get away with things."

"It teaches you the lessons of doing things for fame and money and material things are not what counts in life obviously."

She dismissed some criticism here that the series makes Cunanan likable because she feels being erudite, well-read and having good taste made him that way.

"I found that specious," she said. "He was an incredibly charming personality. He wasn’t just simply a calculating evil personality, and that’s why he was able to gain the confidence of really lovely, sort of salt-of-the-earth, Midwestern guys and the people that he hung out with… So he had quite an interesting personality that was apart from the deep evil that lurked underneath."

"I think Darren did a beautiful job of being both creepy and charismatic at the same time," said Orth. "That's the tragedy. Cunanan had all these gifts that if he chose to employ them for the good he could have been a big success. But he wasn’t willing to."

In other words, Criss' performance is worth the paperwork all by itself.