A man who ran down the street on fire was called a "person of interest" in the investigation of a suspicious early morning Buffalo house fire where a 28-year-old woman was found dead and her 7-year-old daughter suffered burns to her feet.

The man, identified by police sources as Frank Bredt, 29, was in critical condition at Erie County Medical Center after the fire at 57 Manhattan Ave.

The dead woman was identified by her mother as Elisabeth Bell, 28. An autopsy was being conducted Thursday to determine how she died.

Police Capt. Jeff Rinaldo said at an 11 a.m. news conference that no one was in custody at this time although the department tweeted earlier Thursday that one person was in custody. The homicide unit is investigating but Bell's death has not yet been ruled a homicide, Rinaldo said. An autopsy was being conducted Thursday.

James Otwell, commander of the Buffalo Fire investigation unit, said the fire was caused by a person and that suspected flammable accelerants were found at the scene and were being tested in a lab.

BREAKING: BPD & BFD say they have individual in custody in connection with overnight fire on Manhattan Avenue.

Bell's mother and a second woman at the house, Ashley Yea, 22, described the chaotic scene.

Bell, her boyfriend, and daughter Isabella lived there with Bell's mother. Bell's two brothers were also home at the time.

Yea, the girlfriend of one of the brothers, Nicholas Bell, said she was asleep on the first floor with her boyfriend when she woke up to a strange smell at about 3:30 a.m.

"It was sour. Bitter," Yea said, standing across the street in her pajama pants and coat.

They realized it was smoke.

Yea said she saw Bredt coming down the stairs on fire and her boyfriend took some dish water and threw at him to try to douse the fire.

Family members yelled at him to run outside and roll in the snow to put the fire out, Elisabeth Bell's mother, who did not give her name, told The Buffalo News. Police said later Bredt was found in the backyard of a nearby house.

The woman said her granddaughter, Isabella, was also yelling. She was only wearing her underwear and Yea said she grabbed some blankets to put around her.

At first, they thought she was unharmed but later realized the 7-year-old had burns on her feet. She was taken to Oishei Children's Hospital where doctors told the family she had second-degree burns on her feet.

"She's safe at the hospital now," her grandmother said.

Fire investigators determined that that the fire started on the second floor and extended into the attic.

"My daughter was sleeping and she burned to death," Elisabeth Bell's mother said. 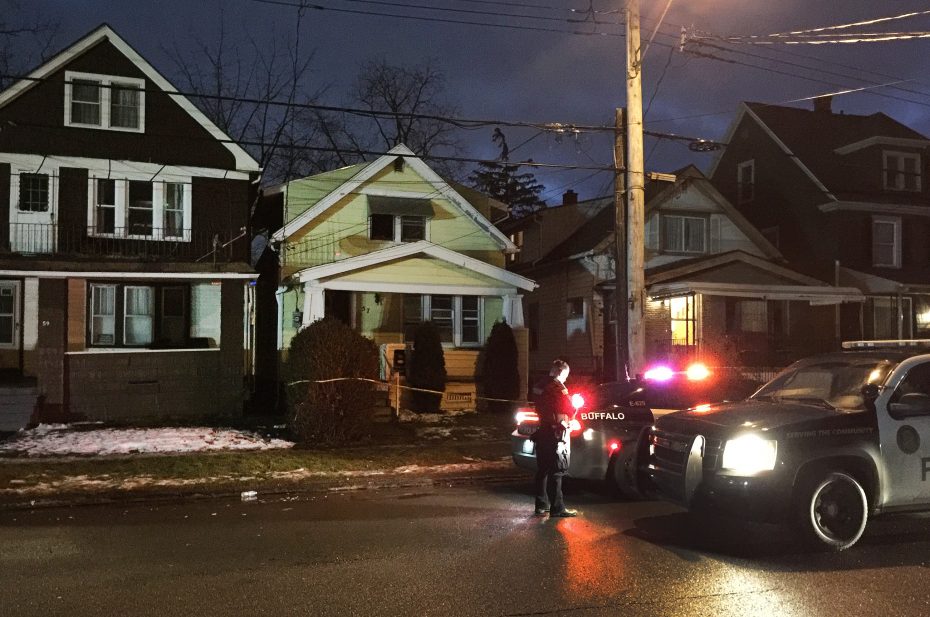 As the sun was coming up, the mother sat on the porch of a neighbor's house, stuffing her belongings into a black, heavy-duty trash bag. Across the street, yellow tape circled the front of her house and police officers were walking in and out.

She described her daughter as "amazing."

"I don't know how I'm going to bury my daughter," she said, as Yea help her sort through the pile of clothes, purses and other items they grabbed from the house. "She was my only daughter."

The Red Cross was helping five adults and one child who live at the house find shelter.

Fire officials estimated the damage to the house was $30,000.

City records show the house is owned by Michael and Kerry Biscornet of Bedford, N.H. who bought the 1,354-square-foot house in 2016.

Several animals were rescued from the fire, including a large snake and two dogs. Firefighters revived one dog at the scene. The family said they also have ferrets and tortoises. The SPCA was called to help take care of the animals.