Shortly before midnight on April 3, the cameras inside Sirwilliam Hardy's home in Cheektowaga captured something no one expected: Hardy shooting his father.

Images leading up to the fatal shooting showed Hardy, a paraplegic, watching TV with his father, who was visiting from California, and prosecutors said that there appeared to be no provocation whatsoever for the attack.

Sirwilliam Hardy was charged with second degree murder and, because of his physical condition, has been in custody at Erie County Medical center since his arrest.

The case was resolved Thursday when  Hardy pleaded not criminally responsible for his father's death because he is mentally ill. 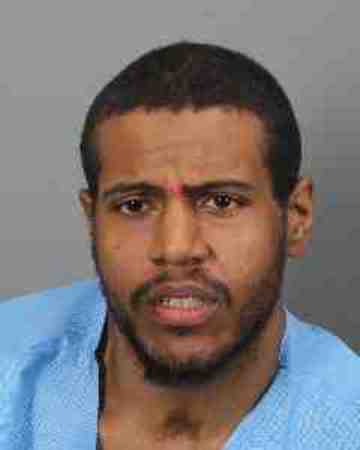 Sirwilliam Hardy was found not responsible for his father's death.

Assistant District Attorney Michael Smith said psychiatrists for the prosecution and defense determined that Hardy suffers from schizophrenia and delusional disorders, conditions that were previously undiagnosed.

Defense attorney Joel Daniels said it is likely that Hardy will be taken to the secure forensic facility in Rochester, close enough for his family to visit him.

After the plea, District Attorney John J. Flynn said that it was clear from the video of the shooting that something was wrong with the younger Hardy.

Flynn said there were no signs of trouble between the young man and his father, William Hardy. The two were watching the NCAA basketball tournament and the 54-year-old father gave Sirwilliam "a little grief" about his marijuana smoking, but there was no argument.

"The father was lying on the couch and Mr. Hardy wheeled into his bedroom, got a rifle, came out and shot his father in the neck," Flynn said. "The father got up and started to walk away and he shot him again."

It was a horrible crime and also baffling, Flynn said.

"You can see from the video clearly that Mr. Sirwilliam Hardy was acting as two different people," Flynn said.

Cheektowaga man charged with father's slaying not cooperating with police

The closest comparison he could think of was Norman Bates in the Hitchcock movie "Psycho."

"It was amazing the difference in his personality that you saw on the video," Flynn said.

Family members had begun to be concerned about Sirwilliam's mental health in the days and weeks before the shooting,  defense attorney Cheryl Meyers-Buth said after court. He showed no signs of being violent, she said, but he was acting out of character and showing signs of paranoia.

"The sad part is, he had actually gone with his girlfriend to a doctor the Thursday before (the shooting) and then to another doctor with his mother that weekend because he was saying he didn't feel right," Meyers-Buth said.

Both times, she said, Hardy was told there was nothing wrong.

Hardy already was dealing with physical problems as a result of the 2010 motorcycle crash that left him paralyzed from the chest down. A vehicle made a U-turn in front of him and he was thrown 50 feet onto a parked car. A year and a half later, he was awarded $5 million in a settlement.

He had faced his disability with toughness, posting on social media that he wouldn't use opiod narcotics, even for pain that at times was a "level 8." He used some of the money from his settlement toward technology that allowed him to live independently in his home on Whitney Place in Cheektowaga, and that included the extensive camera system, inside and outside the home. The cameras allowed Hardy's family to check in on him, in case he ever needed help and was unable to call for it.

His family, including his mother and brother, was still with him in court on Thursday. Hardy himself seemed tired and subdued, answering with a quiet "yes" or "yeah," and sometimes only nodding his head as Judge Case asked if he understood what was going on, what he was pleading to and what the consequences would be.

Flynn said Hardy now will be evaluated to determine if he is dangerously mentally ill and in need of a high degree of security, or mentally ill but not a threat to himself or others, in which case he would still be in a secure facility but with somewhat more freedom.

Flynn added that he doesn't expect that Hardy will be deemed cured of his mental illness at this time, but if that happens in the future he would be released.