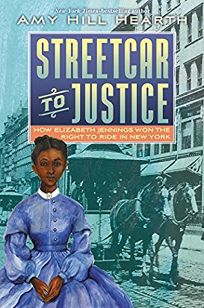 CHILDREN’S
Streetcar to Justice: How Elizabeth Jennings Won the Right to Ride in New York by Amy Hill Hearth; Greenwillow Books, 127 pages ($19.99)
...
This fascinating book chronicling a little-known but important chapter of the battle for civil rights comes from Amy Hill Hearth, the journalist who, with the late Sarah L. and A. Elizabeth Delany, wrote “Having Our Say: The Delany Sisters’ First 100 Years.” One hundred years before Rosa Parks refused to give up her seat on a bus in Alabama, Elizabeth Jennings - a church organist headed to choir practice across town on a Sunday afternoon - refused to leave a streetcar in the Five Points Neighborhood of Manhattan and was bodily thrown off by the conductor and a nearby police officer. Jennings took her case against the Third Avenue Railroad Company to court where she was represented by a young Chester Arthur who had a special interest in equal rights for blacks. (It was a visit to Arthur’s house in Ossining that first set the author on the path that resulted in this book.) Hearth offers a fascinating narrative here, weaving in all the information available about Elizabeth Jennings and her family, including newspaper accounts from the period, but fleshing out her story with a vivid picture of the dirty, rowdy Five Points neighborhood of 1854, the widespread discrimination against people of color in this northern state in employment, transportation and every sphere of life, along with the political backdrop of the passionate national argument over slavery, passage of the Fugitive Slave Law that endangered free blacks everywhere and later, the Civil War draft riots that targeted black New Yorkers. The many engravings, photographs and maps are marvelous and include photos of the horse-drawn street cars, which traveled on rails, and an 1856 map of Manhattan showing several important locations including the intersection where Elizabeth and her friend Sarah boarded the streetcar and the corner where Elizabeth was thrown off the car a second time. The author includes an interesting discussion of why Rosa Parks is so famous when Elizabeth Jennings is not, along with a fascinating window into how she first learned about Jennings and the research involved in writing this book. This is a fine addition to the growing body of excellent books for children about the long battle for civil rights in the U.S. 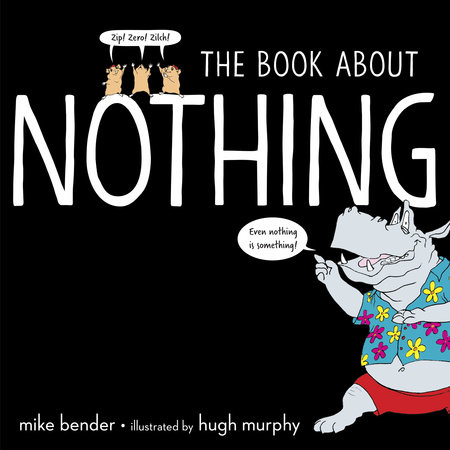 PICTURE BOOK
The Book About Nothing by Mike Bender, Illustrated by Hugh Murphy; Crown Books for Young Readers ($17.99) Ages 3 to 7. (Publication date Feb. 13)
...
Playful synonyms for nothing – nought, zilch, diddly squat, bupkus and nada – in large type on the inside book covers get things off to a flying start in this hilarious romp of a picture book introducing the concepts of nothing and zero. The book, we are told, is NOT about “meatballs, blueberries, tacos, ice cream, lollipops, doctors, firefighters” etc. and “definitely NOT...about UNDERPANTS.” (Is this a slam at “Capt. Underpants” creator Dav Pilkey?!) “This book is about nothing... Even nothing is something.” And on to the kid-friendly lessons, accompanied by Murphy’s delightfully droll illustrations, about how nothing is something: “If you pick up all the toys in your room, there will be nothing on the floor” (illustration shows a kangaroo, its pouch stuffed with toys), “If you eat everything on this plate there will be nothing left” (an illustration of an aardvark seated at a table, slurping ants with its long tongue) and a kid-friendly favorite, “When you go poop and flush, guess what’s left in there?” (accompanied by a drawing of the back end of a skunk exiting the bathroom). Then it's on to more jolly, then joyous examples of celebrating the something that is nothing. This is a marvelous picture book debut from the best-selling creators of adult humor books “Awkward Family Photos” and “T-Rex Trying.”