If "mole" makes you think of a birthmark or a small nearsighted burrower, perhaps you have yet to meet a Mexican one.

Moles are a group of sauces that are one of the fine points of authentic Mexican cuisine. They can be sauces of legendary complexity, as in mole poblano, its preparation a daylong parade of toasted dried chiles, nuts, seeds and spices, including a dab of chocolate.

I mention this because there are adventurous eaters in the area who have never tasted real Mexican mole. I have fantastic news for them: there are more moles to be had close by. Specifically, in Hamburg, at Mexico City.

It's the third draft of Valle of Mexico, which started in South Buffalo, moved to Hamburg, closed, then reopened in October. Changes run deeper than its name. The biggest: food arrives before you seriously consider bailing and hitting the Pizza Hut next door. 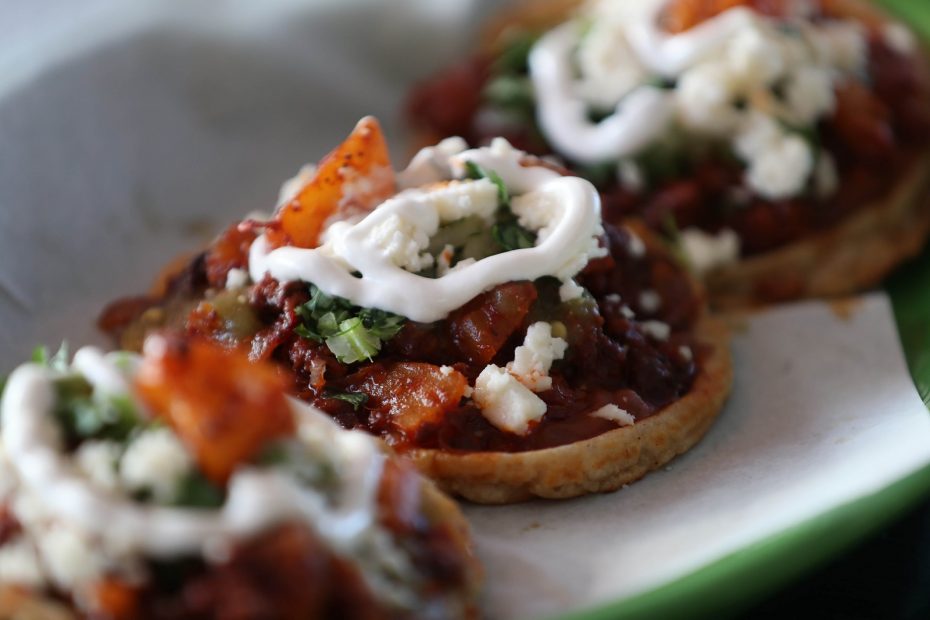 Last year I went the restaurant when it was named Valle of Mexico II, and decided not to review it. The cooking of Hector Martinez was as resonant as ever, but service – painfully slow at times at Valle of Mexico – had deteriorated to the point that I witnessed a frustrated customer berating staff and walking out unfed after an hour. That was not the sort of party to which I would invite readers.

Then Elder Martinez, Hector's daughter, took over the service part of the operation. That left Hector to cook while she took care of customers. Which has resulted in more happy customers.

Gratis chips and salsa announced that Mexico City isn’t cookie-cutter gringo Mex, the thick chips fried in house, the salsa green and fiery instead of the usual bland tomato puree.

From the first few bites, it was clear the salsa heat levels were a notch hotter than the local norm. I enjoyed the controlled burn on my tongue as fat snowflakes filled the view from the window-lined dining room. 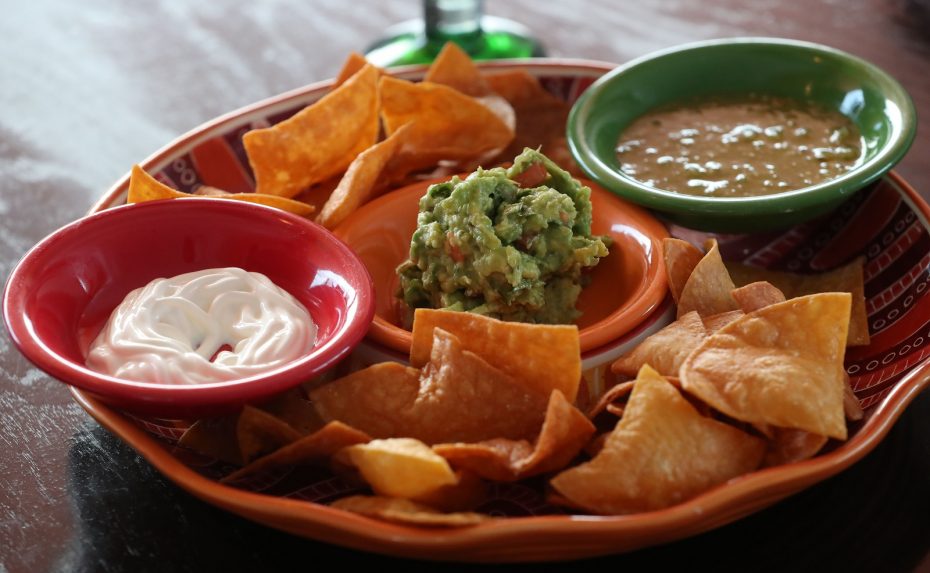 Al pastor ($2.59), pork with pineapple in chile sauce, packed lots of flavor. Beef with nopales ($3.84), or cactus paddles, was a welcome detour into vegetable-meat combo territory.

Chorizo ($3.59), ground pork with chile and a hint of allspice, was intensely flavored without being overly spicy. Carnitas ($2.59), roasted and seared pork, offered plenty of tender meat. Ground beef ($2.59) was a more flavorsome taco than its local peers, with a lick of smoky chipotle chile livening up the sautéed hamburger filling. 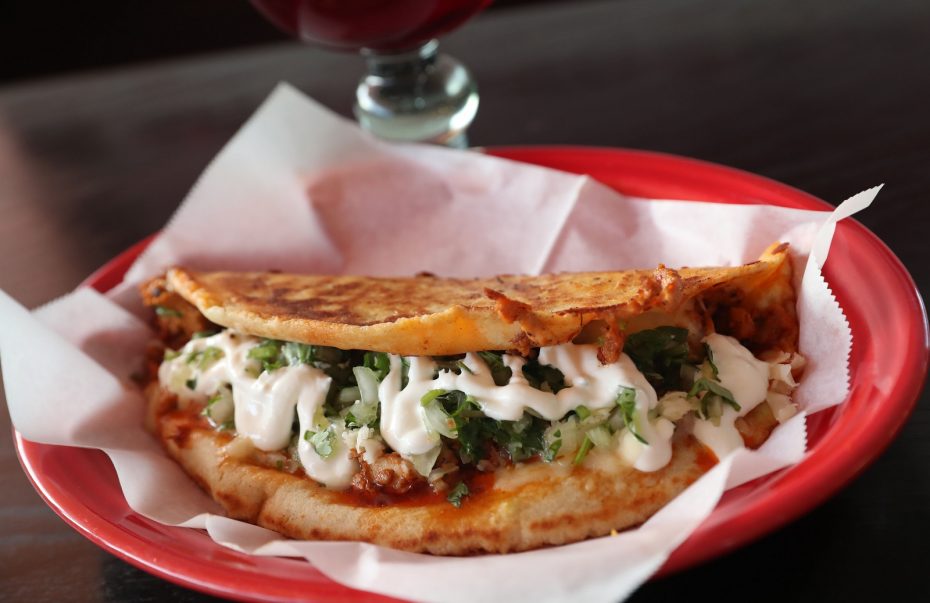 The most interesting taco option was grasshoppers.

No, grasshoppers. Chapulines ($3.84) are little insects, toasted to a crisp. The taste is all crunch, spiced with chile, lime and salt, with nothing off-putting except the knowledge you've moved into an unfamiliar part of the food chain.

Dishes made with masa (corn dough) were also notable. Picaditas con carne ($8.75) are palm-sized discs, griddled and topped with beans, sour cream, crumbly queso fresco cheese, onions, cilantro, salsa and your choice of meat. At three to an order, they're a flavorsome snack.

We also enjoyed tamales ($2.95), steamed corn dough around a filling of chicken in chile sauce or pork in green salsa, wrapped in a corn husk. 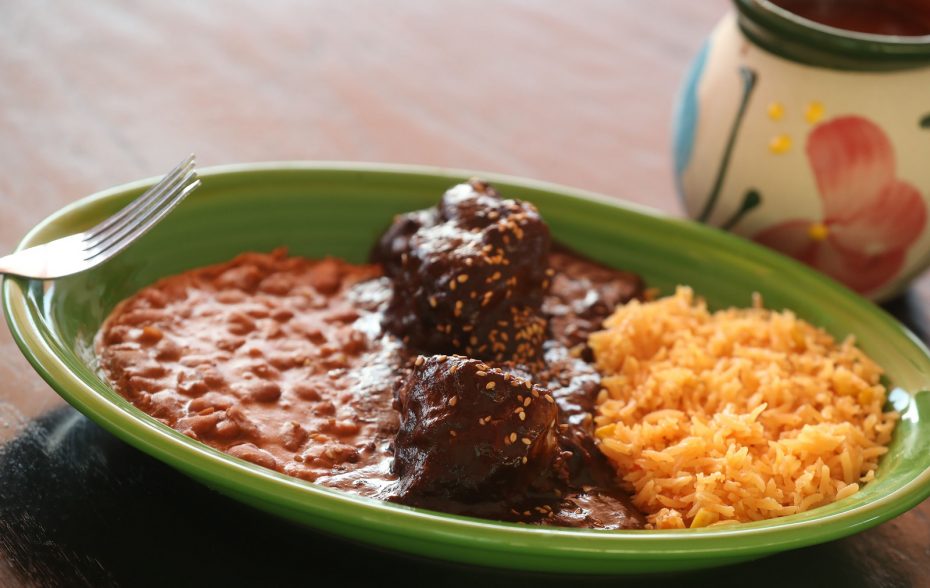 Mexico City's mole poblano is made with a mild spicy sweet sauce and over 32 ingredients. It's served with rice and beans. (Sharon Cantillon/Buffalo News)

Then there were the moles. Mole poblano ($14.95), made with over 32 ingredients, the menu said, was as moving as I remembered. Slightly sweet, with a bitter chile undertone and fragrant with spices, its flavors unfolded in my mouth like origami in reverse. It’s available with your choice of meat, rice and beans. I'd suggest the roast pork carnitas or chicken, as other proteins like sliced pork and steak ended up a notch overdone and chewy.

Mole verde ($14), with over 18 ingredients, was verdant indeed, pale green in color but not pale in flavor. Herbs and green chile gave it an herbaceous heart that would lift anything it was applied to.

A chile relleno plate ($12.95) didn't offer the puffy jacket of some rellenos but was straightforwardly satisfying with a roasted, cheese-stuffed pepper in a ranchera tomato sauce, with rice and beans. Camarones al mojo de ajo ($14.95) were medium shrimp sautéed and showered with fried garlic, arranged around a dome of rice. Even this garlic fiend found the dish bland, underwhelming without a sauce or other flavor extender.

Churros ($4), long doughnut sticks with cinnamon sugar, chocolate and whipped cream, were a sweet treat brought down by some undercooked, doughy centers. Flan Napolitano ($3.95) was a cool custard with a firm demeanor, nary a wiggle to be found. 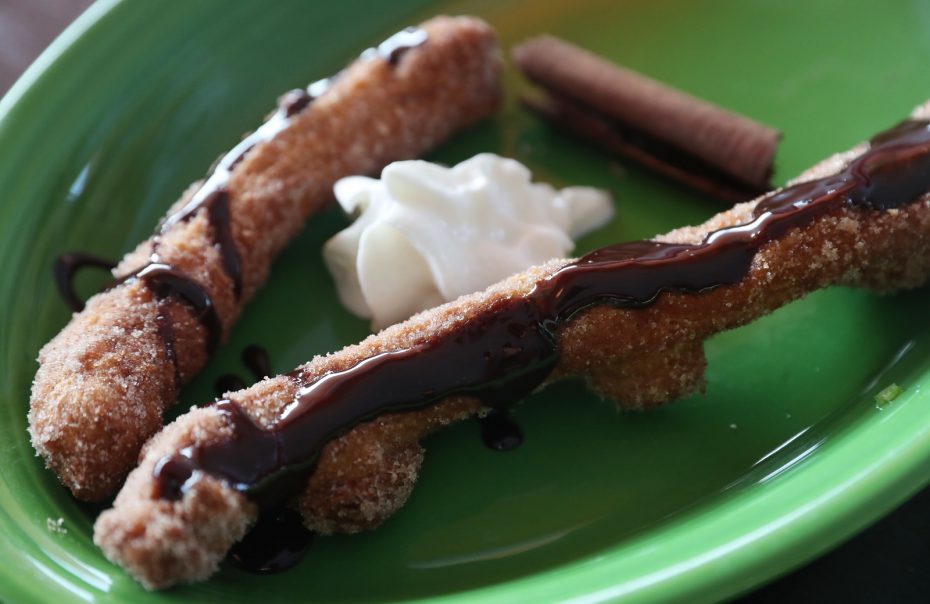 There's no alcohol available yet, though Martinez has applied for a beer and wine license. Notable beverages include horchata ($3/$6), a cool, sweet drink that tastes like a rice pudding shake. Oaxaxa hot chocolate ($4) offered an addictive combination of cinnamon and just a tingle of chile.

Though service has improved under the new administration, it still may require patience. I would submit that that mole is worth the risk. I hope the Martinezes can keep the momentum going in their new culinary system. I'd hate to make a mountain out of a molehill.

Gluten-free options: many items including tacos and salads. 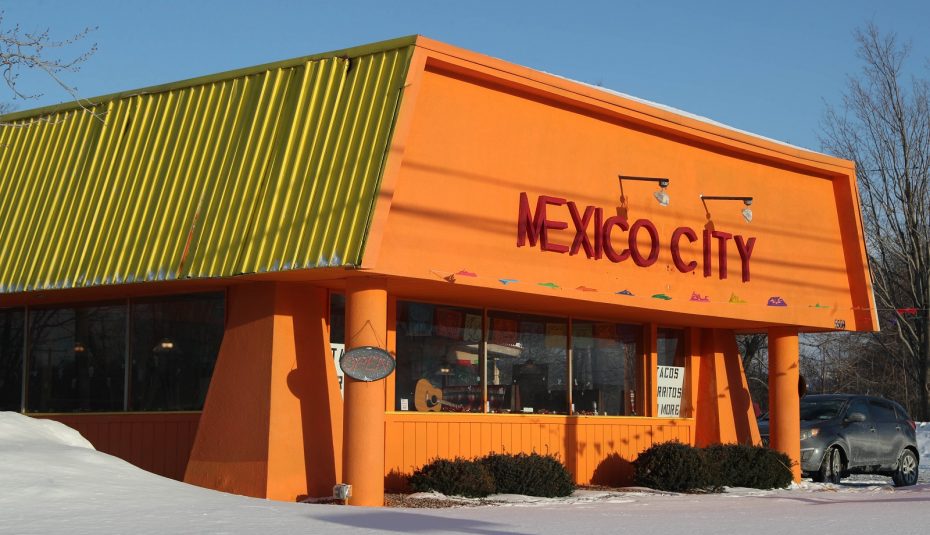