The small corner spot on Elmwood Avenue that once held a gelateria has turned into a Thai restaurant called Rin Thai Bistro.

Noticing that the storefront at 988 Elmwood Ave. was frequently crowded, I figured I'd stop by for a bite.

As it turned out, part of the reason it seemed so crowded is that it only holds about 25 people.

Once you build an open kitchen into a gelateria-sized space, there's room for a few tables and two sections of counter seating. 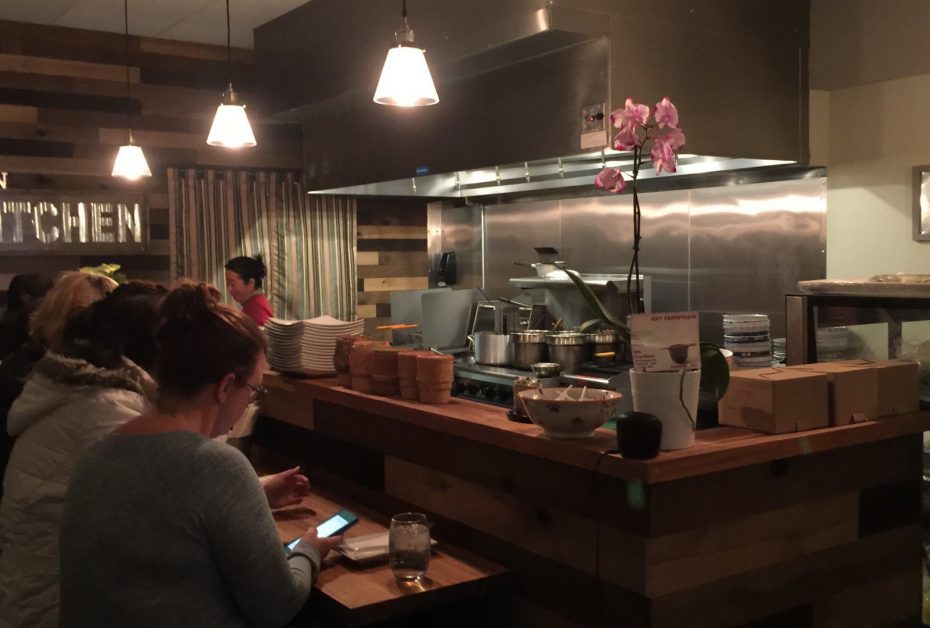 The other reason it's crowded is the vibrant Thai cuisine on offer.

Former King & I owner Rin Suphankomut is offering a stripped-down Thai menu that hits the favorites and adds a few unusual dishes. 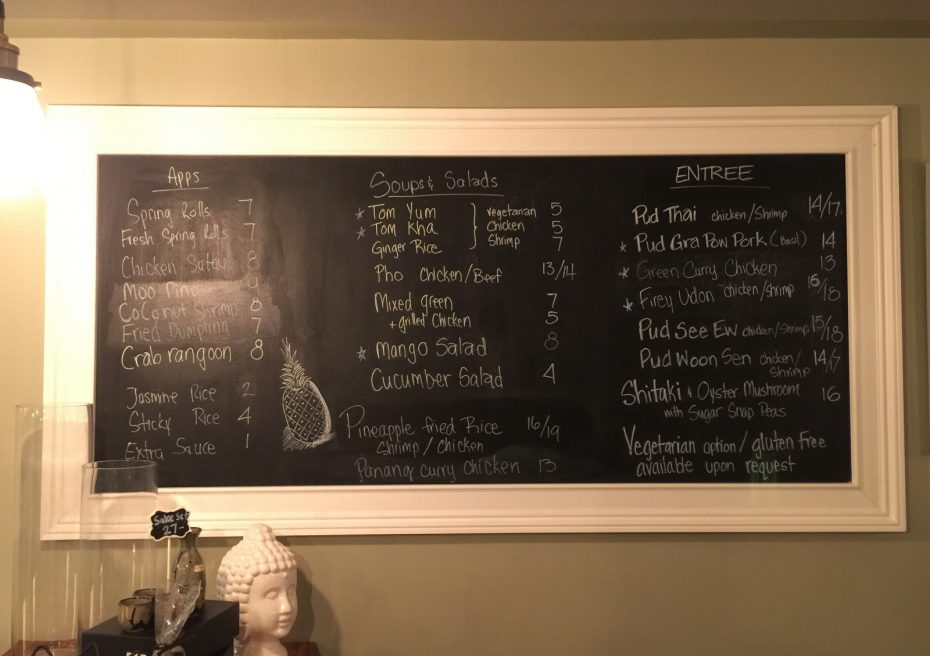 Moo ping ($9) was well-marinated chunks of pork, marbled with plenty of fat, that are grilled and served with a spicy dipping sauce.

These aren't the too-often-dry "sate" skewers made from strips of lean meat. Like a truly great skewer of souvlaki, these will leave grease on your chin, which I mean as a compliment.

Mango salad ($8) was a fresh blast of crunchy vegetables and sweet fruit in a zingy vinaigrette spicy enough to make me wonder where the water was. 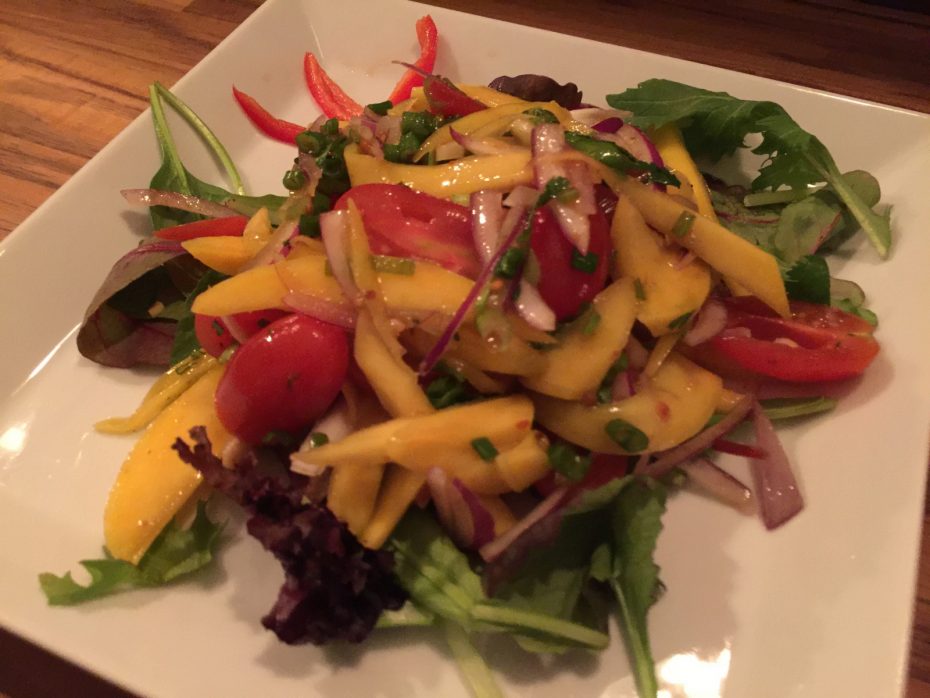 My favorite was "spicey udon," a plate of fat, chewy noodles glazed with a beguiling Thai sauce with lots of chile heat but flavor too, from lime leaf and other aromatics.

The chicken version ($16) added strips of chewy chicken breast and a host of vegetables. It was only as spicy as a Duff's medium, so don't be too scared of the name. 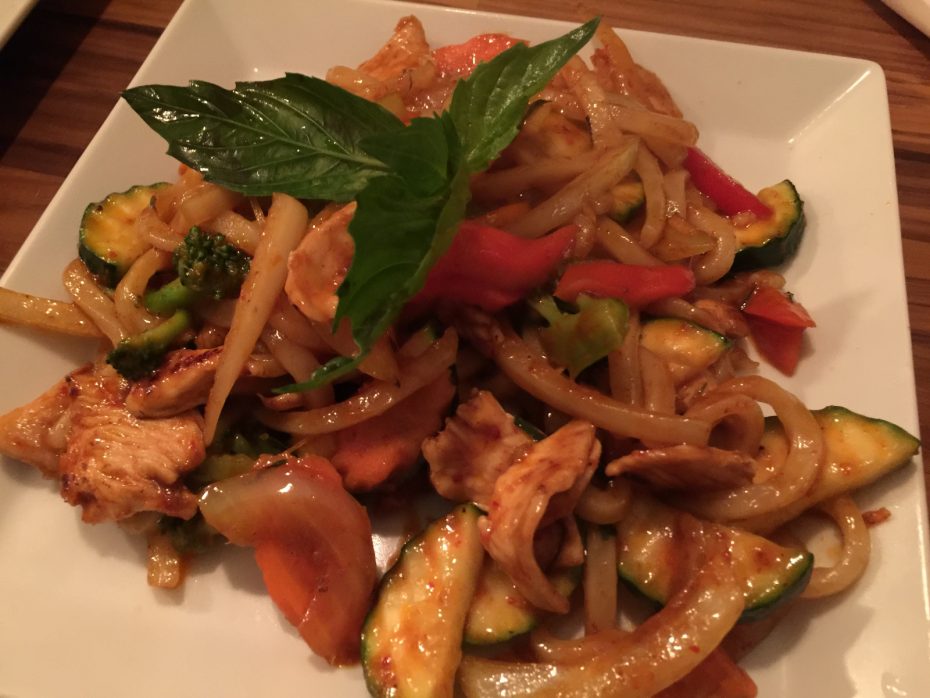 You pay for it, but Rin Thai Bistro is offering the Elmwood Village a distinct Thai upgrade. 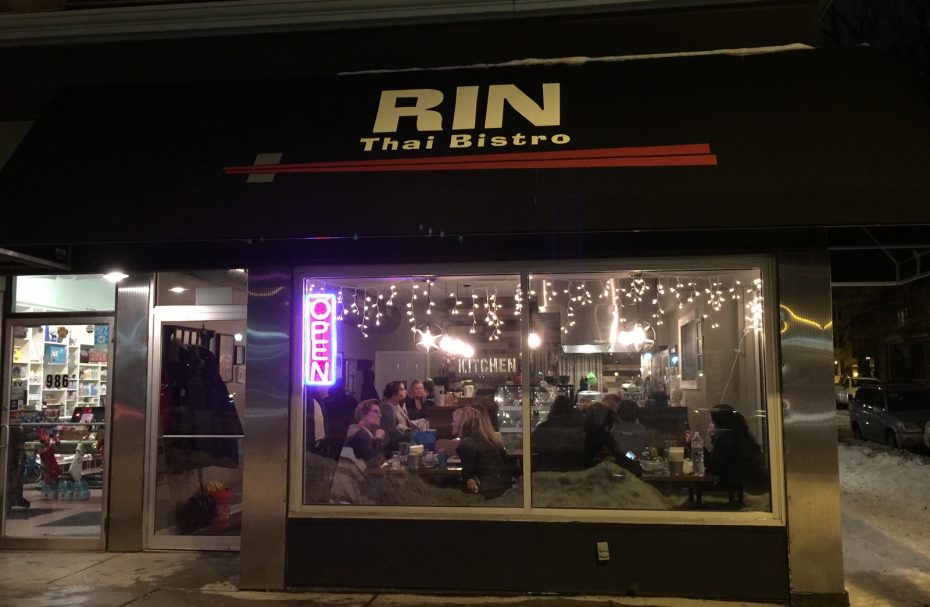