The Town of Amherst and Village of Williamsville are working out a deal to share an employee who would focus on economic development in both communities.

Supervisor Brian J. Kulpa plans to hire Maggie Hamilton Winship — who served as Williamsville's director of community development when Kulpa was the village's mayor — for a new town job as director of strategic planning.

"It's really a position I'm sort of surprised the town didn't have before," Kulpa said.

The town would pay Winship about $75,000 per year, with the village paying about $15,000 of her salary and receiving her services for one day a week.

Winship's hiring would not add to the town's payroll because she would fill the opening from the expected retirement of Amherst's longtime planning director, Eric Gillert, said Kulpa.

The town would promote Daniel Howard, the assistant planning director, to take Gillert's place and promote associate planner Ellen Kost to Howard's position, Kulpa said. The town would bring on Winship in the new role instead of hiring a traditional planner for the department.

Winship's hiring and the promotions of Howard and Kost are subject to Town Board approval. Kulpa said he has talked to board members and no one raised a concern.

"I think it's good to have shared services and I think it's a creative idea," said board member Deborah Bruch Bucki, but she added she still needs to see details on the arrangement.

Kulpa, who took office this month, has said he believes the town needs an employee focused on economic development and redevelopment.

He pointed to the need to reinvigorate Amherst's retail corridors along Kenmore Avenue, Niagara Falls Boulevard and Eggert Road and to promote the reuse of vacant office buildings in the town.

The Amherst Industrial Development Agency has led economic development initiatives in the town, but no town employee fills that role. 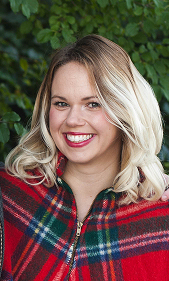 Kulpa created the community development position for the village in 2013 and hired Winship, who has a background in real estate and the nonprofit realm, for the job in 2016. In the village, her efforts have focused on smart growth, New Urbanism and creating a sustainable and walkable community.

He said he wants her to take on some of the same responsibilities at the town level. But he said he thought it made sense to share Winship with the village.

The Village Board discussed the plan in executive session at its meeting Monday. Kulpa said he and Mayor Daniel DeLano tentatively have agreed on the plan.

DeLano said Winship is doing valuable work for the village — such as guiding the proposed Asher's Crossing development and helping to win grant funding — and he didn't want to lose her completely. He said the village will find another employee to do the social media work she performed.

"It will be good to have that common contact point" between the town and village, DeLano said.

The town would hire Winship for a new position that is exempt from civil service hiring rules. The town would save money because the village would pick up one-fifth of Winship's salary, Kulpa said.

"We actually shrink government when you think about it," Kulpa said. Winship lives in Buffalo but she and her husband are house hunting in Amherst, so she may require a short-term residency waiver at the time of her appointment.

Gillert said he has informed Kulpa of his intention to retire but has not set a date. Gillert, who turns 79 in a few weeks, has served as planning director for 18 years.

There are eight positions in the town's Planning Department. Two of them, an associate planner post and an entry-level planner job, are vacant, Gillert said.

Gillert said planners fill a vital role in short- and long-range strategic thinking about land use in the town, particularly the all-important commercial and office-space sectors.

"We need to be able to have some new tools for encouraging the reuse of those properties," he said.

Kulpa said he didn't conduct a search for any of the positions but noted the town did one before promoting Howard to assistant planner and the village did so before hiring Winship.

Kulpa said he hopes the Town Board can vote on Winship's hiring and promotions at its meeting next Tuesday. The town and village must approve a shared-services agreement.