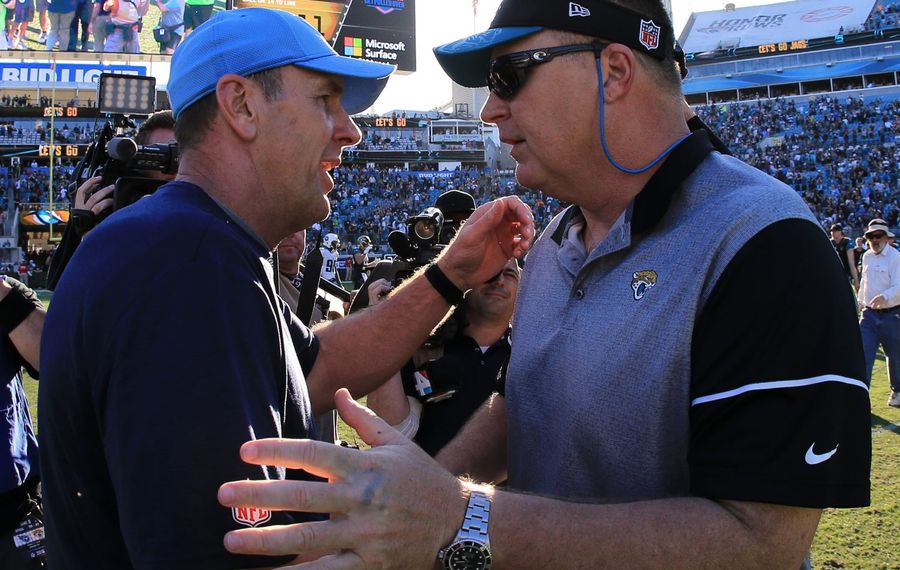 JACKSONVILLE, Fla. — Like a TV dad that walks into the kitchen to confab with his family about the coming day, Doug Marrone casually took his place behind the lectern for Thursday's news conference with a ceramic coffee mug that read #ForeverTeal.

In a baggy Jacksonville Jaguars sweatshirt, he answered questions about Sunday's playoff game against the Buffalo Bills at EverBank Field.

He heard many versions of the same questions earlier in the week, some about matchups and injuries, others about Jacksonville returning to the postseason for the first time in a decade.

Most repetitive were volleys about his old Bills job, the controversial departure he never explained publicly, what he has learned since, how much he has changed.

These were the types of probing questions at which Marrone used to bristle. He would misread certain topics as personal attacks and turn defensive.

But throughout this week Marrone fielded all those subjects, the ones that used to make him sigh and roll his eyes and stare down reporters, with the ease of Ozzie Smith.

The questions didn't seem to dig at him anymore. The Doug Marrone who came off like a phony nice guy — regardless of his pleas he really is "a straight shooter" and truly understands Western New York because he was from the Bronx and coached at Syracuse — appeared genuinely comfortable in his new surroundings.

He pretended to be relaxed in his role as Buffalo's head coach. In Jacksonville, it feels authentic.

Either that, or Marrone has honed his theatrical skills considerably.

"It's a completely different atmosphere," said Marcell Dareus, the only Jaguars player who experienced Marrone's act in Buffalo. 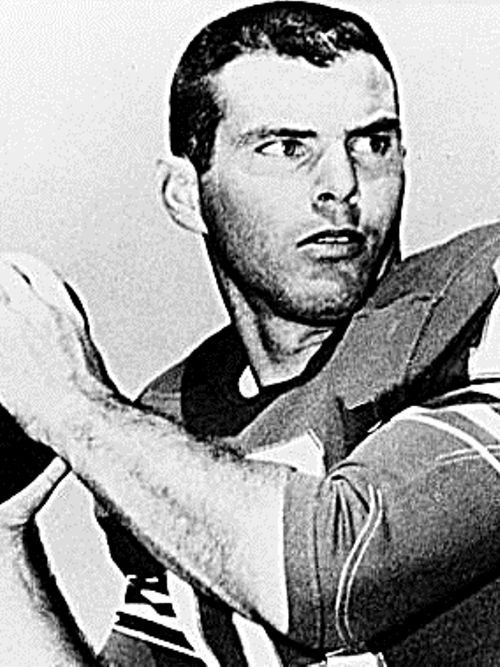 Former Bills backup QB Daryle Lamonica doesn’t often get to see the Bills play, but when he does he’s taken by Allen’s aggressive style and fierce will to win.

Bills fans don't want to hear this, not after the guy exercised a $4 million opt-out clause in his contract after the 2014 season and essentially got rich by quitting, but Marrone 2.0 has been a success in Jacksonville.

The Jaguars went from worst to first in the AFC South, clinching the division with two games still to play.

I asked him how much he has changed in the three years since he bolted from Buffalo.

"I'm smiling. I'm happy," Marrone said. "I always had an issue with that, of not smiling enough or being so guarded or things of that nature."

Jaguars offensive coordinator Nathaniel Hackett would know how Marrone has evolved as a coach, a leader, a human being. Hackett is in his seventh season with Marrone. They spent three years together in Syracuse, two in Buffalo and the past two in Jacksonville.

"He's become a much more positive person," Hackett said. "He tries to look at the good first. I think that's been something really good to see with him just through all the years I've known him."

Hackett has a keen awareness of sports psychology and the nuances of a coach's evolution. His father, Paul Hackett, was the head coach at Pitt and USC and an NFL offensive coordinator.

"He's been really positive and supportive in everything that he's done," Nathaniel Hackett said. "It's just been great to be with him throughout all his time, the ups and downs and crazy from the Buffalo experience down to here in Jacksonville."

The reasons for Marrone's transformation are obvious: a deeper appreciation for his job and a fortified infrastructure compared to what Buffalo offered before.

When Marrone jilted the Bills, the football world assumed he would become the New York Jets' head coach. Instead, his best option three weeks later was to be an assistant on Gus Bradley's 2015 Jaguars staff.

Doug Marrone on facing the Bills: 'The past is the past'

All of this is under the watch of Jaguars owner Shad Khan, who despite a lack of winning since he bought the club six years ago, has been one of the NFL's leading voices.

The contrast with Marrone's experience with Buffalo is striking.

The Bills hired Marrone during the period Ralph Wilson was an absentee owner. In charge of the show were Bills President Russ Brandon and General Manager Doug Whaley.

They were in over their heads.

Wilson died after Marrone's first season. The Bills were put up for sale, a process that sometimes looked like a circus with Donald Trump and rock star Jon Bon Jovi submitting bids. A snowstorm walloped Western New York and forced a home game to be played in Detroit.

Throughout such delicate times, the first-time head coach was the face of the franchise. Rather than be himself, Marrone tried too hard to hit whatever notes he felt were most important.

In postgame news conferences, Marrone had a weird tendency to be a jerk after victories and a comedian after defeats. He had his reasons, but nobody could figure them out. So he came off as manipulative, the opposite of "a straight shooter."

At the end of his second season, quarterback Kyle Orton retired, leaving the Bills with Whaley's ward, EJ Manuel, again.

Marrone's situation in Jacksonville is exponentially tighter and assured.

"As a coach, in our lives, there's zero stability in anything," said Hackett, who found himself unemployed with Marrone's decision to leave Buffalo. "You can go 9-7 at the Buffalo Bills and not be there the next year.

"Even if it seems stable, you're always just living in the moment and appreciating the job that we have, the things we get to do and the people we get to be around."

Reunited with the Jaguars, Marrone and Dareus built relationship on 'open communication'

Marrone gave away one of football's top 32 coaching gigs and was left to wonder if the next opportunity ever would happen for him.

He got lucky in that he's in an itinerant's vocation, yet returned to the top of the chain without moving again.

Marrone certainly appreciates the job more because he once gave it away.

"This league doesn't owe anyone anything," Marrone said. "You have to earn everything. This league eats you up and spits you out. You've got to come in every day, and you've got to work and earn it."

Back in Orchard Park this week, Marrone's former players recalled what it was like to play for him. Only seven remain with the Bills: center Eric Wood, tackle Seantrel Henderson, receiver Deonte Thompson (not continuously), defensive tackle Kyle Williams, defensive end Jerry Hughes, linebacker Preston Brown and punter Colton Schmidt.

Whether or not they would say the words on the record, their experience wasn't enjoyable. Marrone was crusty. And then he quit on them.

"I spend more time with the players, talking with them, communicating with them," Marrone said. "Those are the things I've learned I might not have done a good job before in places I've been because I've been so involved in the football of things schematically."

Dareus was asked for an example of how Marrone had changed.

He came up with an anecdote immediately.

"Marrone calls me," Dareus said. "He messages me about little things like Thanksgiving and making sure I was OK for Christmas, checking on my kids.

"It's pretty interesting because now he remembers all of that. It's just more of a personal relationship than just coach to player.