Late last year, Ram Ramanujam and his wife were preparing to visit Niagara Falls to celebrate their 25th wedding anniversary.

Just before they left for the trip, he learned his employer, General Motors, was transferring him here from Michigan.

It wasn't just any assignment. Ramanujam was named the plant manager of GM's Town of Tonawanda engine plant, a vital piece of the region's manufacturing sector. It has more than 1,600 employees and last year produced about 584,000 engines.

The job opened up when Steve Finch chose to retire in December after 11 years in the role. Ramanujam is a GM veteran, having joined the company in 1989, but this is the first time he has headed a plant.

Ramanujam, 52, is well traveled. He is a native of India, grew up in North Africa, and went to high school and college in India, where he earned a mechanical engineering degree. Ramanujam earned a master's degree at Clemson University, and remains a devoted fan of its football team. He has an MBA from the University of Michigan. 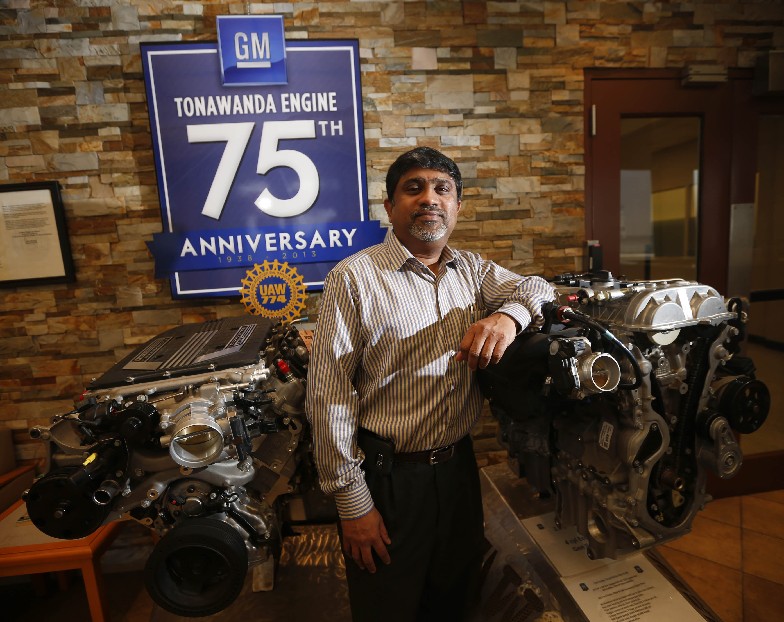 Ram Ramanujam has been with GM since 1989. (Derek Gee/Buffalo News)

Ramanujam started with GM as a contract tool engineer with GM in Flint, Mich., the first of a series of assignments with the automaker. While much of his background is in powertrain operations, his most recent role was assistant plant manager at an assembly plant in Orion Township, Mich., that launched the Chevrolet Bolt electric vehicle.

After Ramanujam was named to his new job, Finch took him and his wife on a four-hour tour of the Buffalo Niagara region and out to dinner to talk about the community. While Michigan has a cluster of GM plants, the Buffalo Niagara region has only two, in Tonawanda and Lockport. As a result, those plants attract a lot of attention, and their plant managers are visible leaders.

Ramanujam arrives as GM Tonawanda capitalizes on a $296 million investment announced in December 2016 for a new engine line. He talked about his new job, what he hopes to accomplish, and how auto sales impact the plant's output:

Q: What impression did you have of the Tonawanda plant before coming here?

A: Highly skilled, good technical talent, very passionate work force and engaged in the community. That was what I heard about Tonawanda before I came here — well respected in the GM world, well respected in powertrain as an engine plant.

Q: What advice did Steve Finch give you?

A: His advice to me was, 'Ram, we've been here for so long, we've got to continue to make sure we have good paying jobs. It's important to the community.' And he said the community really supports us well, as well. It's been very positive both ways. … That's another piece of my learning that I'm looking forward to, the involvement in the community. I do a lot of that on that side, but now it's more public, I guess.

Q: How do you see your relationship with the United Auto Workers?

A: We have a saying that we need to be aligned and our competition doesn't stand still. For us to progress and get to where we need to be, we can't do that if we're all not pulling in the same direction. I see the union leadership here as completely understanding that and on board.

We will have our differences and that's always there. [UAW Local 774 chairman] Chuck Herr, I met with him and the entire shop committee, they've been extremely open. I've told them, 'I'm going to make mistakes. Obviously my role is to make sure that we succeed, and we're good but we want to great. I'll probably be pushing and asking for stuff, but you guys know the history and you know what you're capable of, but please, coach me, as well.' 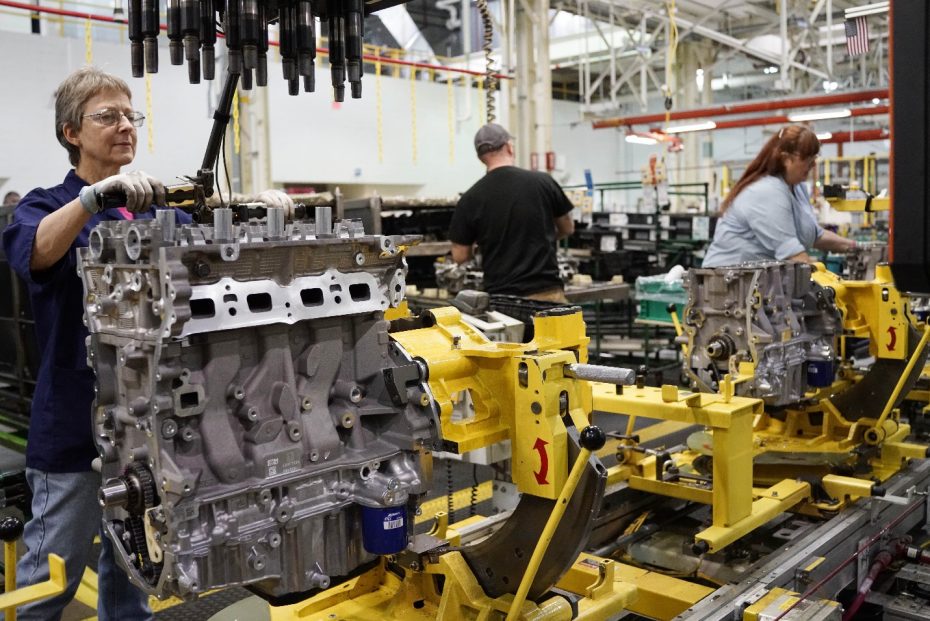 Q: How would you describe your leadership style?

I enjoy the discussions and so many times in my career I thought I had a solution, only to talk to somebody and figure out they had a much better idea than I did. I'm extremely open. I don't come in with any preconceived notions. I always ask for feedback.

Q: What kind of condition is the plant in?

A: We're in pretty decent shape right now. What we have to be cognizant of is, we're at the peak [of auto sales], and it'll continue, but at some point we don't know what the [auto sales] market's doing. So as a plant, we're doing well. It also depends on what the customers want to buy. We have a good manufacturing system, good people, good processes. We always have to be cognizant of what could be coming down the road, and that's where we need to focus on staying competitive, so we can maintain that.

Volumes are good for (next year). We have new products that we are working on, launching (this year). We have absolutely benefited from the fact that we got the business. We also benefited from the partnership with the community and the government in the sense that training is really important. The technology keeps changing … We've been fortunate with the investment also came the support of the community for some training funds as well. We're looking to continue to keep our work force at the skill levels they need to be in order to be competitive.

Q: Do you see the plant's job count going up, down, or staying steady?

A: I see that staying steady. As a plant manager, I would love to see it grow. We don't come with small egos, right? We want to bring investment, and we want to bring more jobs, and good paying jobs. It really depends on the customers. We know the car market is not growing. We make some engines for cars. On the flip side, the same engines go into our small SUVs, so we balance it out ... In my mind, what I need to be doing is looking ahead. We're good (this year) and (in 2019), but we need to be in a position for what comes later.

I look back at 2010 and what they put in there, and Steve Finch was part of that, you've just got a gangbuster portfolio. That doesn't happen if there wasn't some understanding of the skill level of our teams here. This is an extremely important portfolio for GM, and it's here.