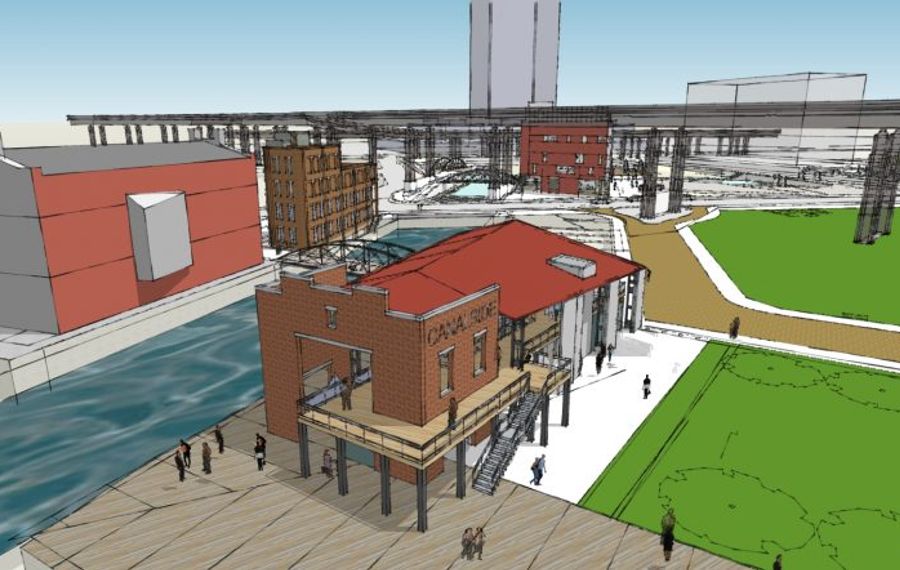 The planned Pavilion and Union Block buildings at Canalside were discussed in a Thursday presentation by HHL architect Matthew Meier in the Central Library's Mason O. Damon Auditorium.

Meier discussed the buildings' materials and appearance, their location and planned use. But the public meeting for the previously-announced projects drew just 13 people on a frigid evening.

And Buffalo Maritime Center founder John Montague suggested the Pavilion be used for the building of a replica of the historic 65-foot-long Seneca Chief packing boat, which the public could view.