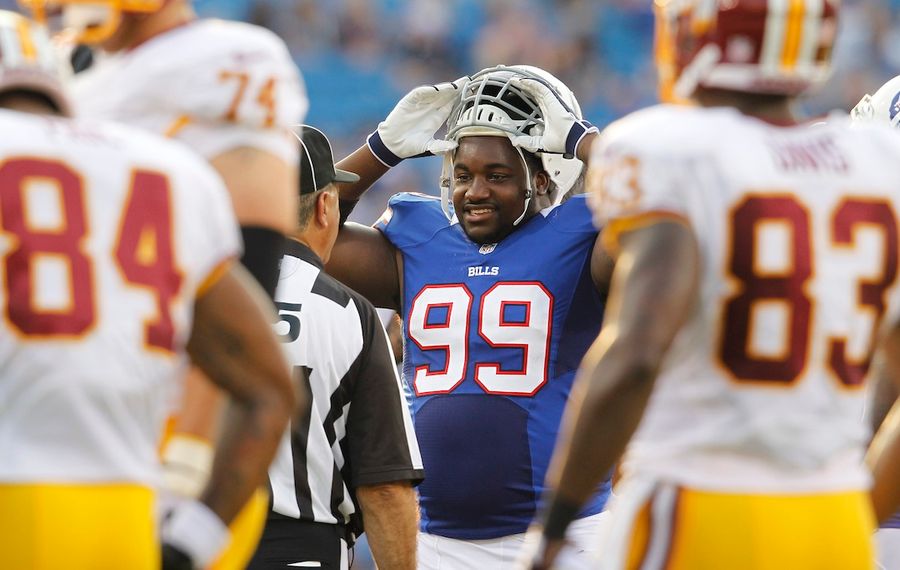 Marcell Dareus got the news that the Jacksonville Jaguars were playing the Bills in the wild-card round of the playoffs from a Jacksonville television reporter in the locker room after a loss to the Tennessee Titans.

Dareus, traded to the Jaguars days before the deadline, will be making his playoff debut against his former team.

Here is his response:

Just broke the news to Marcell Dareus that it’s #GoBills #Jaguars next week. His face lit up.

“Get the f out of here! I am so excited! Glad it’s not Tennessee because they’re a sorry team.”

Dareus: “I’m about to call Kyle Williams, this is crazy!”

Me: You see he scored a touchdown today?