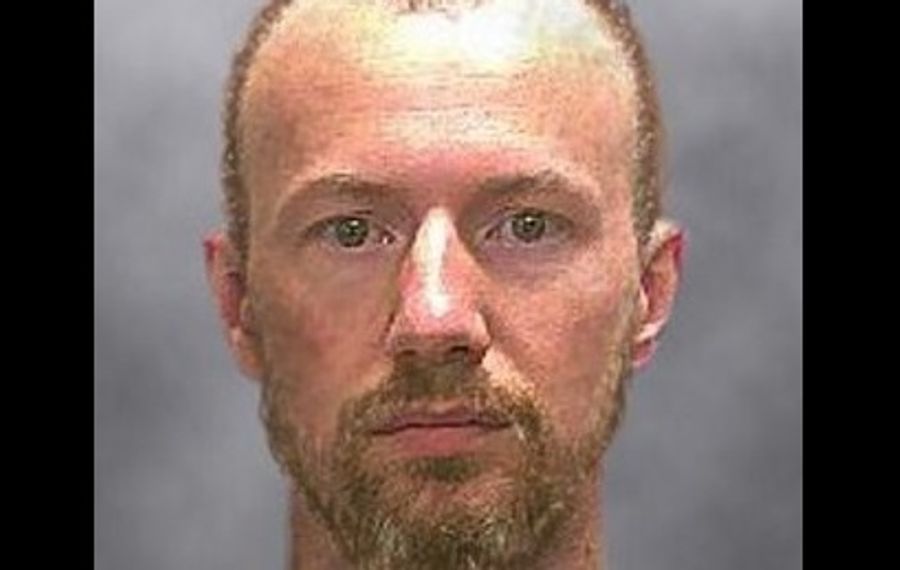 Remove two small security screws and combine them to create a tool to remove heavy bolts. Loosen wires to disable an electronic sensor. Fashion water-soaked bedsheets and the bunk-bed ladder into a tourniquet-like device; use it to pull open a hole in a woven steel grate. Train to get guards used to seeing you pace your cell at night wearing a hat, with a towel around your neck; then build a standing dummy facing the toilet so they don’t realize you’re gone until it’s too late.

Those were a few of the basics of an inmate’s scheme to escape from the Special Housing Unit at New York state’s Five Points Correctional Facility, a maximum-security prison in Seneca County. But instead of using it to break out, the inmate had a different idea – inform his jailers.

He had his girlfriend tell authorities that he would reveal his plan in exchange for a few privileges: an extra visit each week; the ability to receive food packages and take photos with his girlfriend and her 6-year-old daughter.

Prison officials had reason to listen: He is David Sweat. In the summer of 2015, he and another inmate, Richard W. Matt, engineered an escape from the Clinton Correctional Facility in rural Dannemora near the Canadian border and then led authorities on a three-week deep-woods chase that riveted the nation, attracted intense scrutiny to security lapses and abuses in state prisons and embarrassed Gov. Andrew M. Cuomo.

Matt was eventually shot and killed and Sweat, now 37, shot and wounded. He later pleaded guilty to charges stemming from the episode and had a three- to seven-year sentence added to his original life term for murder. Eventually, he found himself in the Special Housing Unit at Five Points, where he was confined in his cell for 23 hours a day.

But clearly the experience has done little to lessen Sweat’s taste for escape plans.

So his girlfriend, Fran Malanik, relayed his message early last month, and authorities did, indeed, meet with him at Five Points, on Nov. 17. There, Sweat described his plan to senior investigators from the state prison agency and the state Inspector General’s Office. The investigators made an audio recording, Sweat and current and former officials said, and he also demonstrated some of the possible escape techniques as he was recorded on video.

On Dec. 20, Sweat detailed the escape plan in a two-hour interview with The New York Times.

In the end, Sweat’s skills as an escapee may be stronger than his ability as a negotiator.

He said that within hours of his session with the investigators, he was transferred under high security to the Attica Correctional Facility, a prison some 90 miles to the west of Five Points that was built in the 1930s and houses some of New York’s most dangerous criminals. He said the men who transported him said he was moved because he had gotten into a fight, something he said had never happened. He was put in Attica’s Special Housing Unit and has not been granted any of the privileges he sought.

An official of the prison agency, the Department of Corrections and Community Supervision, confirmed that Sweat had provided information about “his perception of security vulnerabilities.” But the official said that the agency’s Office of Special Investigations had “investigated his claims and found them without merit.” The official added: “Out of an abundance of caution, and in accordance with the department’s biannual review policy, Sweat was moved to Attica.”

The prison agency’s spokesman, Thomas Mailey, said in a statement issued on Dec. 22 that, “Negotiating facility placement with any inmate is a direct violation of department policies and procedures.” The decision to move Sweat, he added, was “one of the more than 60,000 transfers that occur each year.”

The agency has declined to say precisely what information Sweat provided or why the agency came to the conclusion that the escape plan would not work. It has also declined to provide copies – or excerpts – of the audio or video recordings of the meeting with Sweat. The Times is disclosing only the broad outlines of Sweat’s scheme, leaving out many of the specific details he provided.

Sweat appeared confident that his mechanical skill – “I just have this ability to take things apart and put them back together” – his persistence, resourcefulness and his analytical nature would have served him just as well had he tried to escape from Five Points.

Sitting in a small visiting room in the Attica medical ward, dressed in a green prison uniform, his manacled hands and shackled legs chained to a heavy leather belt around his waist, Sweat often leaned forward in his chair as he spoke.

He maintained that he did not want to escape again. He provided the information to authorities not only because he was seeking the privileges, he said, but because Malanik, 45, who was present during the conversation, had moved from Long Island to Ovid, New York, to be nearer to the prison, and he was concerned that any inmates who figured out how to escape might do her, her 6-year-old daughter or other area residents harm.

He also said two other New York state prisons have some of the same vulnerabilities as Five Points.

Sweat and Malanik met after his infamous 2015 escape. She was among many people who wrote to him after the Clinton escape, and she and her daughter eventually began visiting him regularly at Five Points.

At the time of the interview, he was being kept in Attica’s medical ward because, prison officials said, he was on a hunger strike. He denied that, saying that he was not eating prison food because correction officers had told him on Thanksgiving that they were going to poison him.

“They said they were going to put something in my food,” he said during the interview. He said he believed he was threatened because his and Matt’s escape resulted in upheaval in the to the prison system, including the conviction of officers and staff members at Clinton.

He said that he had seen guards put cleaning solvents and urine in inmates’ coffee or other beverages and human excrement in their food while at Clinton. Prison officials have suggested Sweat is on the hunger strike to protest his move to Attica and dismissed his allegations about the threats.

They obtained a court order to force-feed him on Dec. 21 and began doing so, Malanik said. Until then, he had been drinking five cans a day of a high-protein and fiber nutritional drink that a nurse opens in his presence.

Sweat and Malanik both said that she had asked in early November that a lawyer be present to represent him at the session at Five Points. But he said the officials at the meeting 10 days later told him there had not been enough time to arrange for one.

While the prison agency did not directly address Sweat’s credibility, a report by the inspector general following the 2015 escape indicated that what he told investigators had, in large measure, been borne out.

Malanik insisted in one of several interviews that he had provided valuable information and should have received something in return. “It’s not like he was asking for a queen-size bed and a flat-screen TV,” she said.