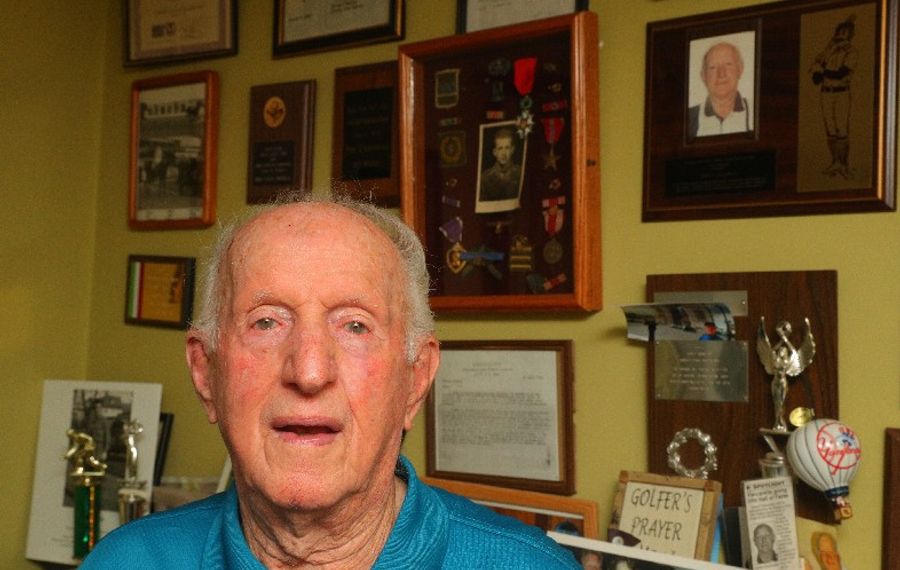 With that in mind, the thought of serving in the infantry was of little comfort to him.

"I had a high IQ and the Army offered to send me to officers training school, but I wasn't interested. I'd been told that the new officers were the first ones to get knocked off on the front lines," he said.

But when the Army requested volunteers to serve as medics, Vaccarella said he jumped at the chance, failing to realize the job would constantly take him up to the front lines.

After arriving in Europe some 20 days following the June 6, 1944, Invasion of Normandy, Vaccarella was assigned to an infantry unit in Gen. George S. Patton's Third Army.

"My first encounter on the battlefield was with a soldier who had lost one leg and his other leg was all mangled. I said, 'Wow.' My corporal told me, 'Put a tourniquet on him and release it every 20 minutes or he'll die from the pressure.' "

Vaccarella applied the tourniquet, but realized that the soldier needed much more than that.

"I went looking for transportation and within 10 minutes he was put in a Jeep and on his way to the field hospital," Vaccarella said. "That first encounter with a battlefield injury was the worst I experienced."

During the Battle of the Bulge and other battles, Vaccarella said he and other medics were called upon countless times to provide first aid and remove the wounded on stretchers.

"I was always on the front lines and hardly got a rest." 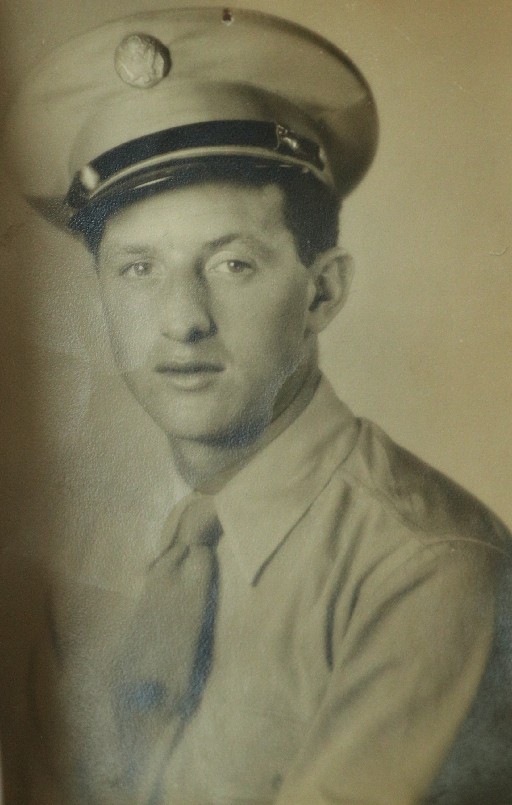 World War II Army medic James V. Vaccarella’s first encounter with a soldier who’d lost one leg and had the other one mangled turned out to be the worst injury he experienced.

He also suffered minor wounds from enemy fire, but never bothered to report them since they amounted to "nicks and scratches."

It would take the collapse of a building before he figured he had wounds worth reporting.

"We were in Frankfort in this two-story building at night facing the front lines, and I told the infantrymen we were with not to shoot out of the windows. I told them that we would catch hell the next day and that's exactly what happened."

In the daylight, the Germans opened up on the building.

"I was hit by either fragments of the rockets or the bricks that had collapsed. My face and head were all bleeding. That was the only time I reported I was wounded," he said of the circumstances that earned him a Purple Heart.

Despite the wounds, Vaccarella added, "I was back on the job the next day."

When the war ended, he said, the Army again offered him the chance to become an officer.

"I told them, 'Keep your service.' I was ready to come home. My mother was waiting for me."

And while the war had provided him with the experience of being inside a building as it was being torn apart, Vaccarella went in the opposite direction in his civilian life.

He became a bricklayer and started his own company building houses and commercial structures. "I built the house I'm living in," he said.

He also built a family with his wife, the former Margaret Porto. They married in 1947 and raised three children, James, Robert and Marian.

A former Town Board member for the Town of Niagara, Vaccarella says he remains busy. He plays golf three times a week in the warm weather and indoor bocce ball in the winter.

Does he ever think of the war?

"I don't unless somebody asks me. Sometimes the stories are funny and sometimes they are not."