The tables were set. The china and crystal were ready. The reservations were made. In Western New York's finest restaurants, everything was in place for an elegant New Year's Eve feast.

Then came a potential game-changer. The NFL had moved the Buffalo Bills game against the Miami Dolphins to 4:25 p.m.

Was this some new strategy? Last weekend, a high-tension Bills game clashed with Christmas vigil Mass, the Super Bowl for churchgoers. Now, the Bills are going up against New Year's Eve dinner, the Super Bowl of fine dining.

Russ Salvatore, proprietor of Russell's Steaks, Chops & More, was incensed by the time change. He had been burned once already.

Last spring, when the NFL schedule was released, he realized that the Bills/Miami game would take place on New Year’s Eve. That forced him to cancel plans for his lavish annual South Florida party, normally held on the eve of the Bills-Dolphins game in a Fort Lauderdale restaurant. 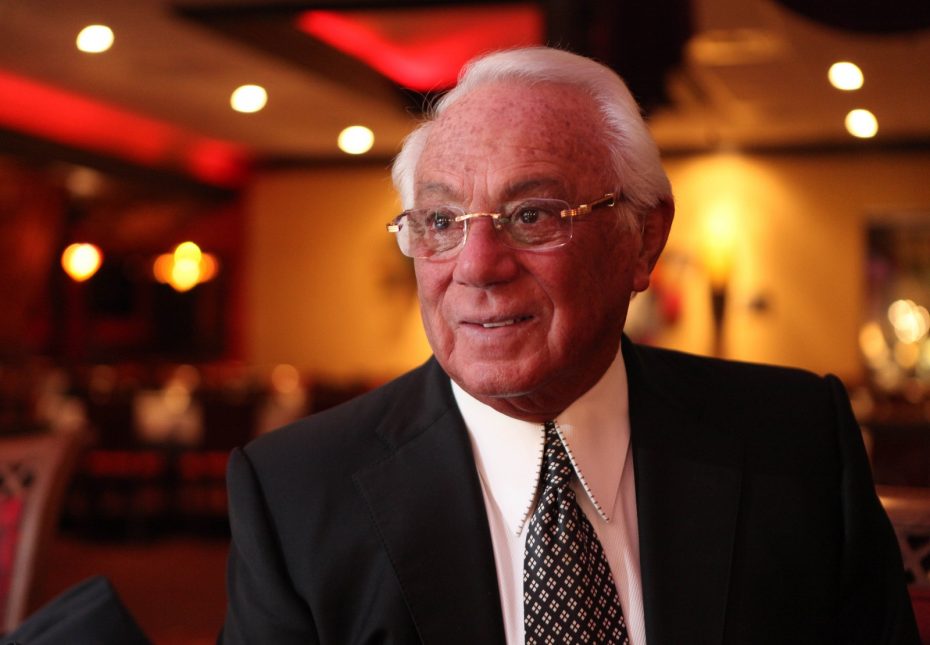 Several days ago, when the league pushed the game back into the late afternoon, Salvatore’s anger was reignited.

“I doubt very much – and I know a few others – if I will ever renew my season tickets again,” said Salvatore, a longtime Bills season ticket holder.

“We’re extremely disappointed that they changed the time from 1 o’clock to 4:30 in the middle of a dinner hour, where you’ve got 500 reservations coming in,” he said. “We won’t even be showing it because of that.”

On a regular game day, Salvatore’s restaurant shows the game at the bar.

“Everybody comes in at 1 o’clock, we serve a complimentary buffet, and it’s a lot of fun,” he said.

Not this weekend, though.

“They come in very casual, Bills jerseys on and everything else like that,” he said. “We will not allow that even in our restaurant on New Year’s Eve, to come in with Bills jerseys in the middle of a dinner hour.

He blamed the NFL.

“They had absolutely no consideration for people in business or people who have made plans on New Year’s Eve for them to change it just to satisfy their pockets,” he said. “I think it’s ridiculous. A lot of complaints, I’ve gotten, from customers: ‘Russ, are you going to show the game?’ We can’t show the game. People are coming here in tuxedos and gowns; you want to show a football game on New Year’s Eve? It’s the most ridiculous thing in the world.”

He added: "There are a lot of restaurant people who are very upset."

It stands to reason that most restaurateurs do not share Salvatore's fiery grudge against the NFL. Still, the game's timing does raise concerns. What if folks canceled reservations? What if, instead of canceling them, they insisted on watching the game on TV? What if they wore Bills jerseys? Wouldn't that clash, as Salvatore suggested, with the carefully orchestrated dining experience?

Tommy Lombardo Sr., of Hertel Avenue's legendary Ristorante Lombardo, confessed that the New Year's Eve Bills game has been on his mind.

"I was just thinking about it," he said, laughing his deep bass laugh.

He isn't concerned about cancellations. But there are other issues.

"The only thing I worry about is people coming late, because they're glued to the TV, if the game is tense," he said.

David Schutte owns Oliver's, the venerable North Buffalo restaurant, and Sear, where a few of his business partners are former Buffalo Bills.

He is optimistic that tardiness won't end up being an issue.

"If you've got plans to go out to Lombardo or Oliver's, I would hope the majority of people would be on time," he said. "That's something we mention in our confirmation. The time is very important."

Miraculously, at the moment, there is only one diner Schutte worries might be late. One of the Bills coaches had made a reservation for Oliver's for 9 p.m. With the new kickoff time, the coach likely won't make it home to Buffalo in time.

As the game is in progress, will the restaurants' TVs be on? The overall response was, well, muted.

Downtown restaurateur Mark Croce has TVs ready to carry the game — a discreet screen at the Buffalo Chophouse, and 11 monitors at the Chez Ami that he describes as gigantic and state of the art. But the sound will be turned off.

"We can't distract from the people who want to enjoy a beautiful meal," he said. "We're not a sports bar. You're not going to hear play-by-play."

He said the guests will understand.

"I don't think it's going to make one bit of difference," he said. "They can watch the game but we will not succumb to requests to air the game through speakers. Because it's a beautiful night, a special night, and people are expecting a beautiful experience. They're not expecting to hear the Buffalo Bills blazing through the speakers."

The television at Lombardo will also be muted — if it is on at all. The TV is in the bar area, and there are blinds that can descend so the folks in the dining room can't see it. Still, Lombardo was hesitating.

"We're thinking we're just going to wait until somebody asks," he said. "Obviously, we'll have no sound, but we'll let the customer dictate whether to turn the game on or not."

What if I wanted to wear my jersey in solidarity with the Bills? It wouldn't be a good idea, Croce cautioned.

"We're not a sports bar," he said. "It may be the Chophouse is considered more fine dining, and we consider Chez Ami more casual upscale. You'd be out of place with sports attire, baseball caps, things of that nature."

None of the restaurateurs The News spoke with was concerned about cancellations. They were all, like Salvatore, expecting a big crowd.

"We can't put another person in our restaurants," Croce said. "Every one of them is sold out. Not one single person has mentioned it's a conflict."

"It's interesting," Schutte said. "I thought it would have more negative impact on reservations," he said. "We'll see what the next days bring, but reservations are still pretty strong, especially in the 4:30 p.m. to 7:30 p.m. range."

"This is still Buffalo. Ninety percent of the people are Buffalo Bills fans," said Lombardo. "But I don't think it's going to be an issue. We're still sold out."

He laughed knowingly as he divulged the reason.

"The lady of the house is going to dictate. She's going to say, 'We're going out to dinner. We're not canceling because of the Buffalo Bills.' "

"There was one who moved the reservation," he admitted. "Her husband was adamant about it."

But she was the exception that proved the rule.

"It's still New Year's Eve," Lombardo said. "I don't care if the Bills are playing or what."