When the NFL scheduled the Bills to play in Miami on New Year’s Eve this season, it forced restauranteur Russell Salvatore to postpone his annual party in nearby Fort Lauderdale, a tradition that went back almost 30 years.

The Bills Backers of Miami are hoping to start a new tradition with their own party at the Booze Garden on the eve of Sunday’s game. The event starts at 8 p.m. and will feature three hours of open bar and Bills memorabilia raffles. Tickets are available online and at the door.

“We were going to do this either way,” chapter president Jonathan Holler said. “Russell’s party is aimed toward certain people in his circle. We wanted to have a fresh take on it, a younger vibe.”

“I had a little help from my Buffalo friends,” said Holler, a naval architect from North Tonawanda who moved to Florida five years ago. “This is just the beginning. We want to make it bigger and bigger every year.” 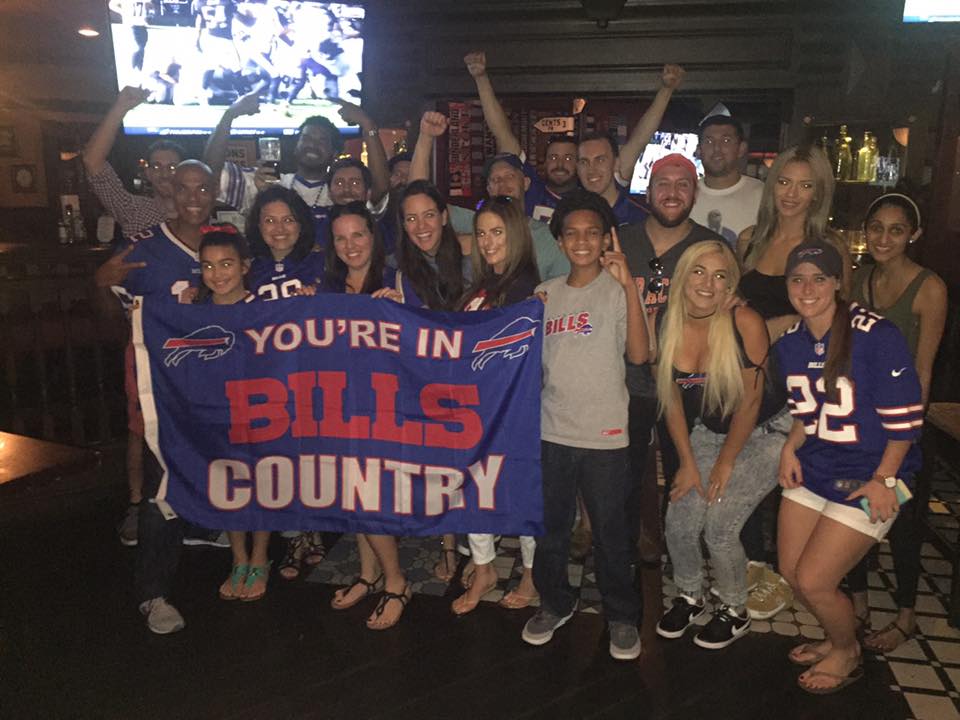 On most Sundays, a group of 40 to 50 Bills fans watch games on the big screens at Batch Gastropub in Miami.

This year, the group will host the Bills fan tailgate party in bus lot 7 of Hard Rock Stadium.

“We’re renting a giant party bus and I’ll have a 20-foot flag pole with two big Bills flags waving,” Holler said. “I’ve got my brother-in-law bringing his DJ equipment and I told him to play the ‘Shout!’ song at least once every half hour.”

Last year’s tailgate party drew more than 250 people, Holler said, and he is expecting more this year, with Bills backers clubs from other cities throughout Florida and Georgia planning to attend.

“We’ll get there early and it will be overwhelming how many Bills fans are in the bus lot,” Holler said. “The Dolphins fans will get there late and won’t be nearly as wild as we are.

“But,” Holler assured, “we won’t be putting anybody through tables.”

Membership: Transient due to vacationers and snowbirds, but regular crowd of 40 to 50 for games

Jonah Bronstein is a BNblitz.com contributor. If your Bills Backers chapter has a unique story, reach out to him at jonah.bronstein@gmail.com.