Anyone visiting the parking lots around New Era Field in Orchard Park before game time on Friday saw the same gloves holding the same cans of beer, smelled the same grilled meat and saw the same camaraderie among fans that they would on any Bills Sunday.

But there were more people shooting pucks instead of throwing footballs around, people wore hockey sweaters – primarily Team Canada – instead of football jerseys, the lots weren't nearly as full and there was less of the outrageous behavior that has won Bills tailgaters national notoriety.

That's because this wasn't a Buffalo Bills home game. The thousands of fans of Team USA and Team Canada who flocked to the frozen lots to drink adult beverages, eat Italian sausage and otherwise enjoy themselves were there for the IIHF World Junior Championships outdoor hockey game.

The Wraparound from the World Juniors outdoor game: US 4, Canada 3 (shootout)

The temperature was 16 degrees at game time, though the snow held off for most of the prime tailgating period. The USA won 4-3 in a shootout. The announced crowd was nearly 44,600.

Here are some observations:

That would be the sausages the Jegg and Kirkup families finally got to eat around 2:20 p.m., nearly an hour after Ed Jegg and Roy Kirkup started putting together the portable propane gas grill they bought that morning at the last minute.

At 1:45 p.m., as the men were huddled over the instructions and an intimidating number of washers and nuts, Kirkup's daughter, Rachel, said, "I think we'll be OK." 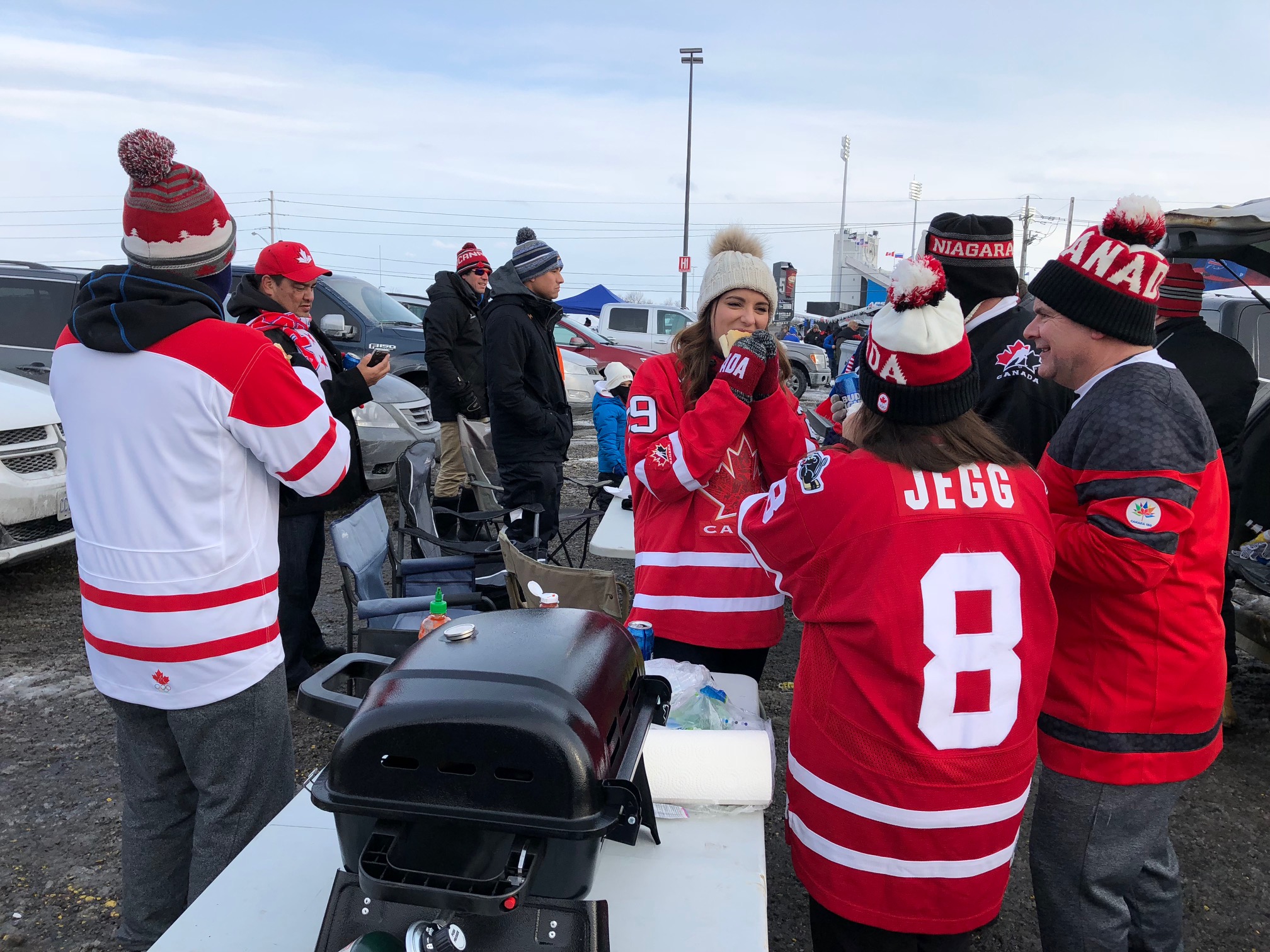 The Kirkup and Jegg families enjoy their food after finally getting their propane grill put together. (Stephen T. Watson/The Buffalo News)

Most attention-grabbing piece of fashion

That was the American flag overall shorts worn by Alex Hajduczok of Rochester, because Hajduczok wasn't wearing a shirt underneath them or a jacket over them. He had sweatpants, a bandanna, a beaded necklace, a Bills winter hat and mittens.

"We got off the bus, and I thought it was going to be a lot colder," he said. "We've got to represent America."

He said he planned to cover up for the game.

Those would be the warming huts brought by Shawn Weiman and the rest of his group of about 25 from the Rome, N.Y., area.

The families know each other through youth hockey and they use the six-sided tents for outdoor tournaments in the Adirondacks. They had propane-powered space heaters inside, and they were letting anyone who wandered by use them. "Grab a beer and warm up," Weiman said.

That would be the fires that many fans started right on the surface of the parking lots.

Steve Pawlik, of Kenmore, said security guards came over three times to warn his family about their fire before finally knocking it over.

Pawlik said he went to the first Winter Classic between the Sabres and the Pittsburgh Penguins when he was 12 or 13. It snowed during that game and Friday's predicted snow, he said, "would make the experience a little better." 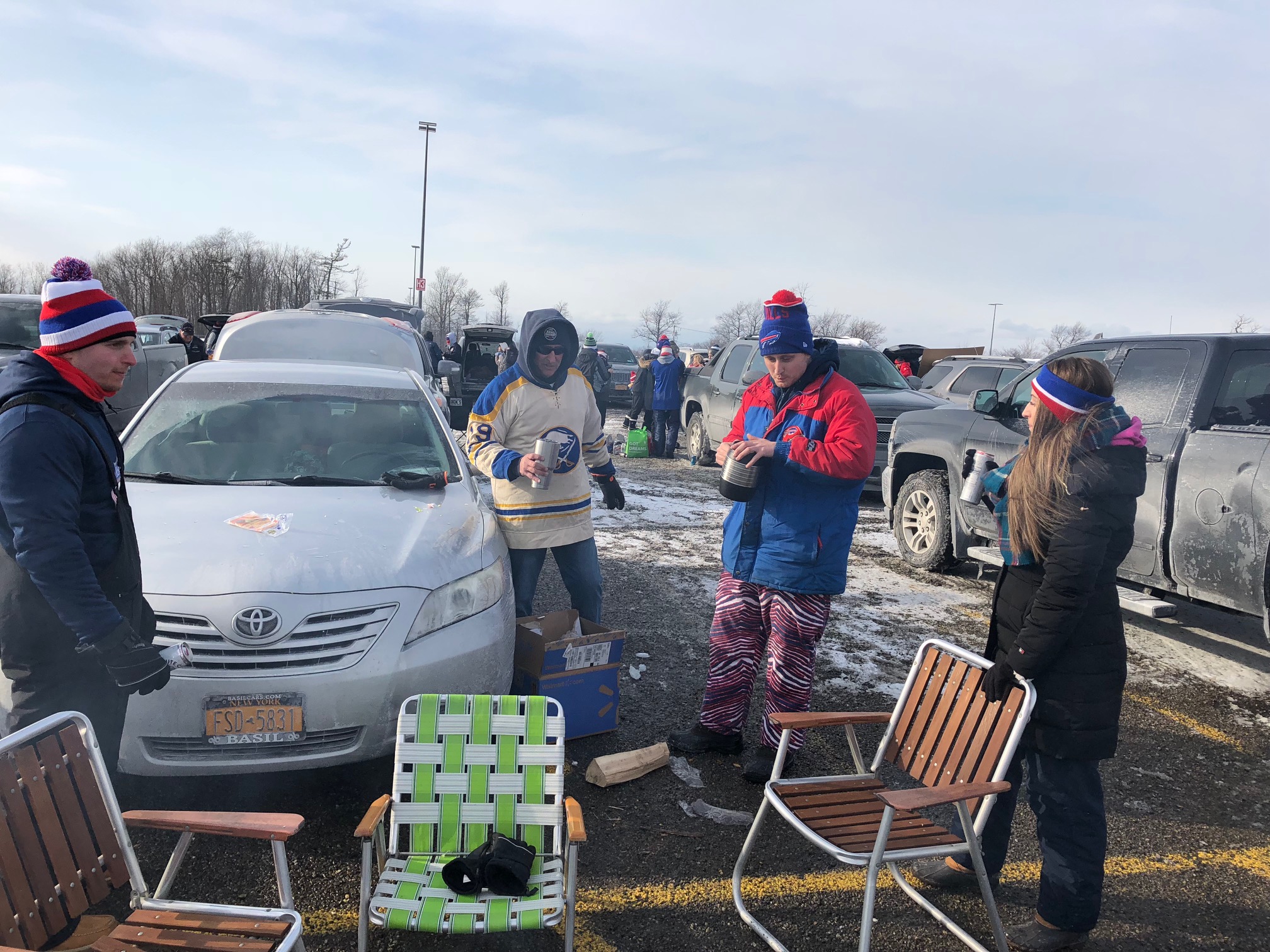 We can't say for sure, but it might be Bob Delorimiere and Brandon Hill, pals from South Florida who came up for the game.

Delorimiere and Hill are heading back to Florida to go to the Bills-Dolphins game on Sunday, when the forecast calls for a high of 75. 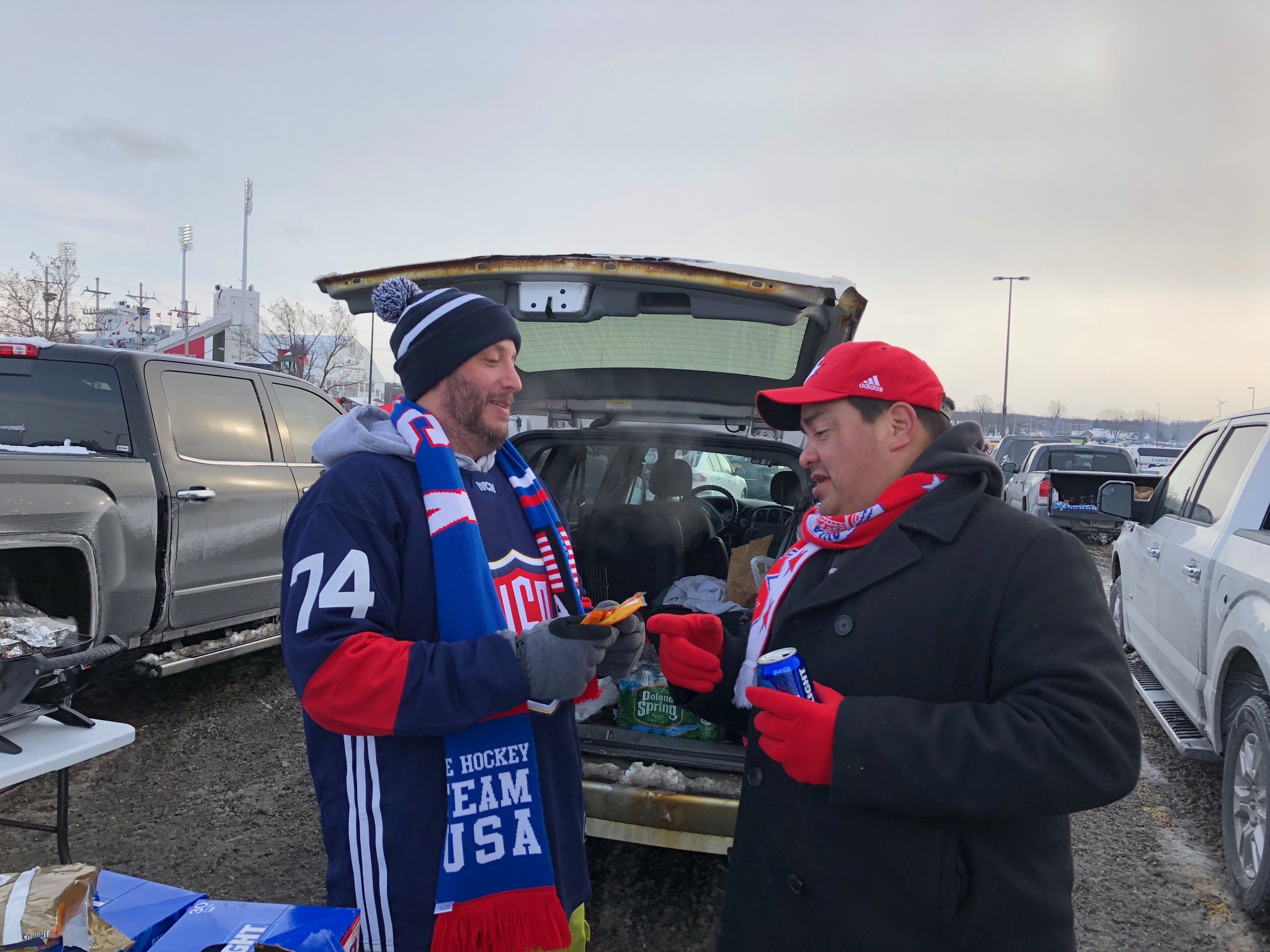 Longest friendship threatened by the game

Anthony "Fuzz" Fasso of Angola, and Valda Jackson, of Brampton, Ont., are Bills season ticket-holders who met about eight years ago. Their families and a few other groups now coordinate their arrivals to tailgate for every home game.

But Friday was the first time they'll be on opposite sides when they enter the stadium. Fasso and Jackson said they were sure their relationship would survive.

"That's 'cause I know we're going to win," Jackson added with a laugh.

That was Emily and Leah Kruis, sisters from Brantford, Ont., who both wore Team Canada beanie hats, mittens and jerseys and Canadian flags as capes. 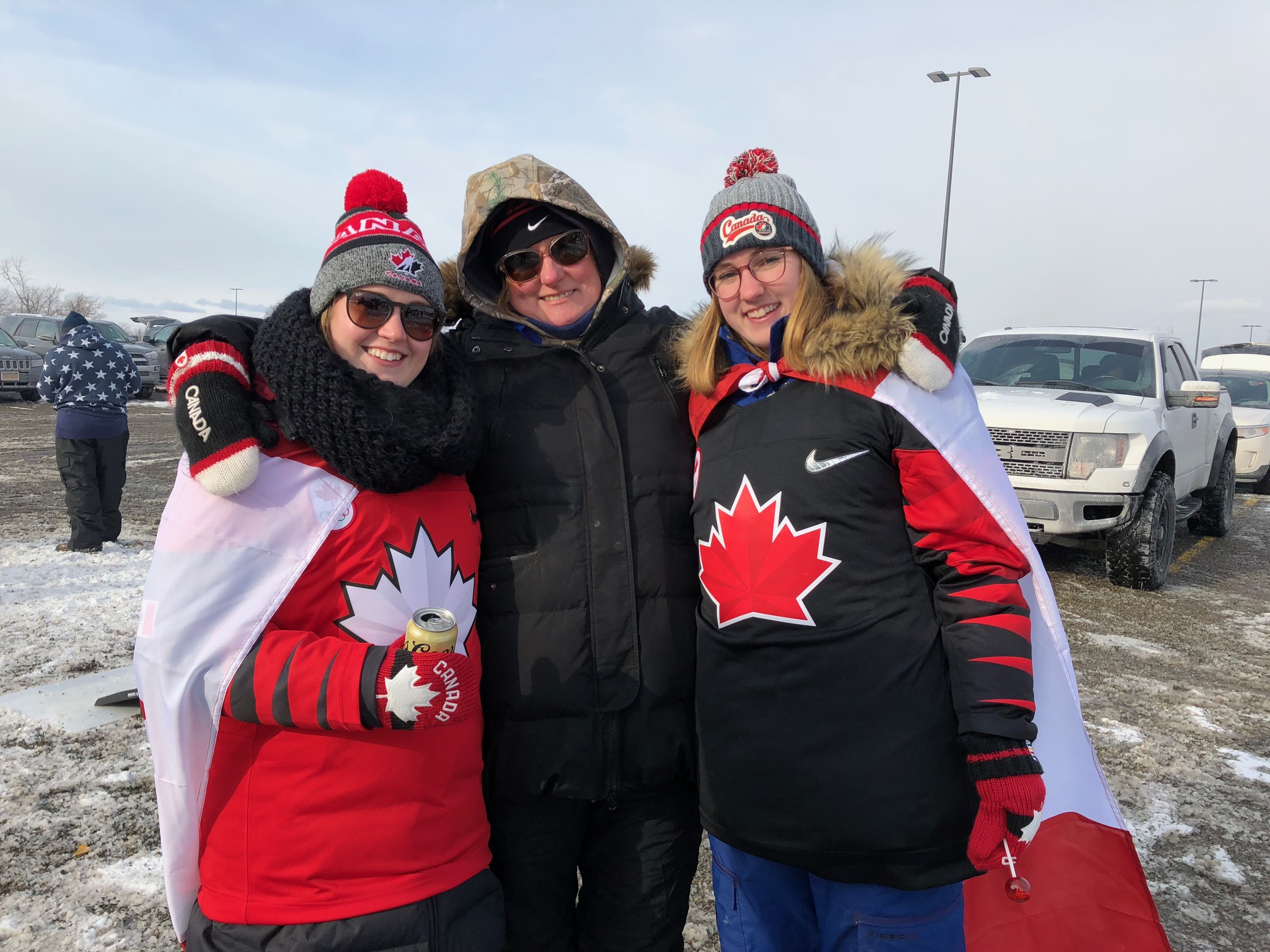 That goes to the tailgater who was there with her father, Tom Brownell, who is from the Albany area.

"I would like to remain nameless as I am skipping work today," said the young woman.

Asked what excuse she used to get out of work, she said her boss is off today and she is officially on the job.