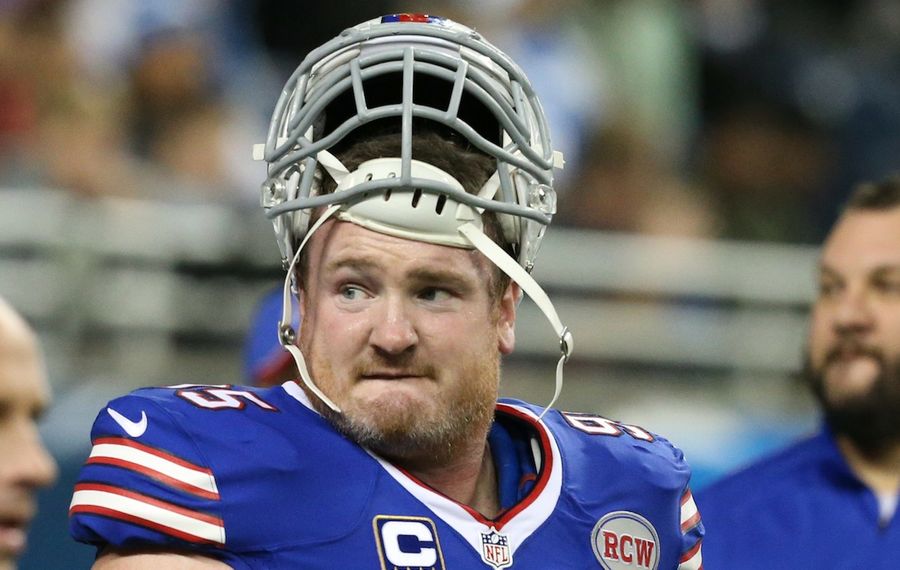 It's amazing to think that Kyle Williams could end his 12-year career this weekend, and Sunday will be the first time he'll enter Week 17 still alive for the playoffs.

The Bills need help to qualify, but it sure would be fitting for the player who has been the heart of the team for the last decade to go out by ending the drought, Jerry Sullivan wrote. Williams admitted that he is carrying the torch for ex-Bills who never made it to the postseason, but he's still taking it one game at a time. He wouldn't give any indication Wednesday on his future plans.

"Any time you're part of a team long enough, you don't want the successes and failures to define you," he said. "You want it to be the relationships and things like that. At the same time, there's 53 guys in here that are working for a common goal that put a ton of work in. It's about our team. It's about our organization more than anything."

Rebuild in process: Bills coach Sean McDermott said earning a playoff spot would be "a step" to show the Bills' rebuild is on track.

Tyrod usually plays well against Miami... But he's not giving away his secrets to playing the Dolphins.

Speaking of Taylor: The Bills rank dead last in passing stats with one week to go.

All about the Benjamins: An official was spotted on the field telling McDermott that he didn't know why Kelvin Benjamin's touchdown was overturned against the Patriots. Meanwhile, former NFL replay head Dean Blandino reiterated, "There wasn't anything obvious to overturn it"

Mark Gaughan's X's and O's: Third-and-short success has been key for Bills.

Out, but not down: The Dolphins intend to start QB Jay Cutler and play their starters against the Bills.

PFF Grades: Williams and Coleman were on opposite ends of the run-defense spectrum vs. Pats.

Woof: See how close the Bills' and Dolphins' recent drought records are.

Uni watch: The Bills will break out throwback uniforms for the finale.

Trivia: What are these playoffs they speak of?

Voice of the Fan: NFL seems to be ruled by The Patriot Act