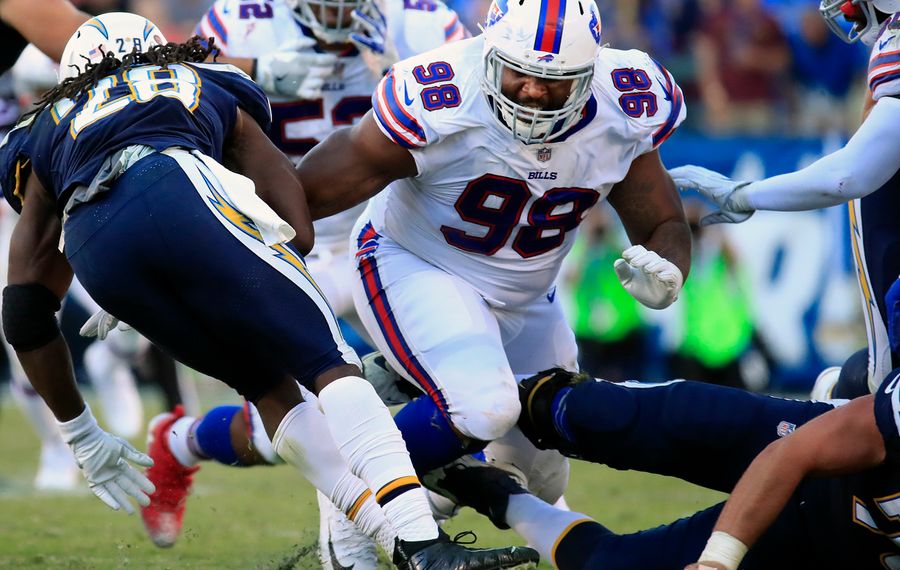 At 6-foot-4 and 330-plus pounds, Deandre Coleman was re-signed by the Bills this season to aid the team's run-defense efforts, but the veteran was actually a liability against the Patriots in Week 16.

Coleman received an overall grade of 34.5 in New England, the lowest grade out of 111 qualifying defensive linemen. His run-defense grade of 31.5 was also the lowest among players at his position.

It was a strangely bad outing for the interior defender, who had been relatively reliable overall and especially against the run over the past few weeks for the Bills.

Meanwhile, Kyle Williams was outstanding against the Patriots, as his 83.2 overall grade, was the ninth-best grade among all defensive linemen. His run-defense grade of 86.7 was tied for the fifth-best among defensive linemen in Week 16.

Coleman's poor effort may have led to his release before Buffalo's season finale in Miami. Replacing him is 6-foot-4, 320-pound Rickey Hatley, who played his collegiate ball at Missouri and spent the preseason with the Texans before joining the Chiefs practice squad. He went undrafted in 2017.

In three exhibition-game appearances for Houston, Hatley had two sacks and four stops on just 56 defensive snaps. There's a decent chance he plays Buffalo's run-stuffing role on Sunday against the Dolphins.